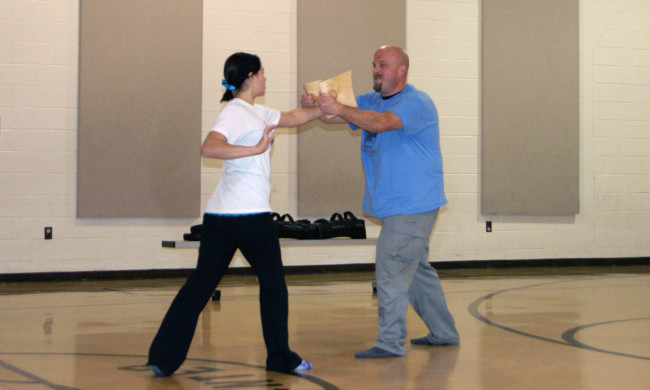 Four students from Riverside Junior/Senior High School in Taylor proved last Sunday that the phrase “fight like a girl” doesn’t have to be an insult.

As part of their senior project, 17-year-olds Autumn Werner, Samantha Eiden, Bill Loughney, and 18-year-old Randy Royce performed a free self-defense demonstration last Sunday at the Taylor Community Center that incorporated methods used in the “Fight Like a Girl” defense program and the Tsunami Self-Defense Systems created by Robert Thomas.

Thomas, a Taylor native who holds a third degree black belt in Shinko-Ryu Karate, has been certified in the “Fight Like a Girl” program for one year, which teaches women to defend themselves against men with greater physical strength. It also helps women be more aware of their surroundings and remain confident even in the face of an attacker. Additionally, the sensei teaches self-defense classes based on years of studying various defense techniques, starting in the sixth grade.

“The female sexual assault and rape prevention stuff is the newest component to what I do, but it is the most dynamic and the most needed,” Thomas said.

He approached the students with the idea to develop the demonstration as their senior project over the summer, and even though Royce was the only member of the group with previous self-defense experience, they were excited by the idea and began training in July. They demonstrated the techniques they learned to about 30 observers on Nov. 14, also offering safety tips to the audience and answering any questions they had.

“What we’re trying to teach people here is to be more proactive in defending themselves in any situation,” Loughney explained.

The demonstration included traditional wooden board breaking and techniques used on both a dummy and their sensei, who donned a protective body suit used for police training to show off some of the moves. The program’s focus on particular dangerous situations and how to handle them helped the audience visualize how anyone could potentially find themselves in the defense position.

“I hope they realize how important it is to know how to defend yourself, and the fact that bad things do happen, even if though we like to think that they don’t,” Werner noted.

“Being a black belt in karate isn’t going to help a girl if a guy is 10 times stronger than her. This is a shorter process of learning defense moves. If I’m being choked, I know how to get out of it. It’s basic things, so you don’t have to go through years of training.”

Loughney said that despite the focus on “Fight Like a Girl,” there were plenty techniques for the guys to pick up as well, agreeing that self-defense is a universal skill.

“Anybody can take it, and everybody should take it,” Loughney said.

For more information on Robert Thomas’ Tsunami Self-Defense classes or “Fight Like a Girl” training, call 570-357-8195 or visit tsunamiselfdefense.com. 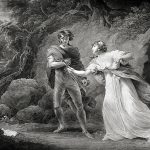 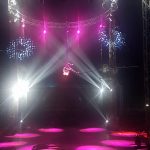