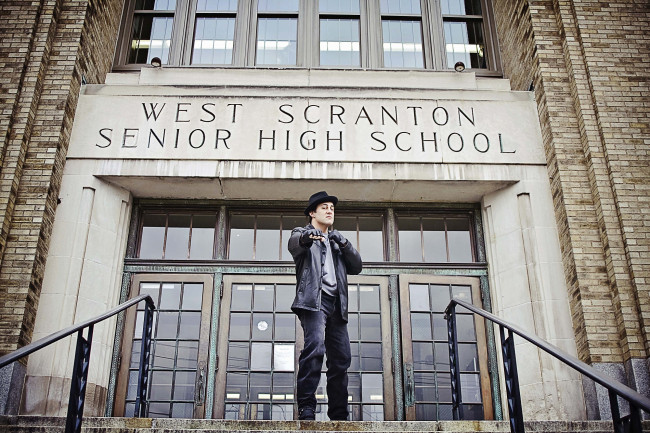 A familiar theme song begins to run through Mike Kunda’s head as he ascends the front steps of West Scranton High School. When he reaches the top, he turns around and raises his hands in the air triumphantly. Sporting a leather jacket, black fedora, and fingerless gloves, he is no longer the scrawny little kid that grew up in West Side. He is Rocky Balboa.

As a child, Kunda used to daydream about being a hero, a boxer just like Sylvester Stallone’s world-famous movie character. While he wasn’t cut out for boxing, he was still determined to follow Stallone’s inspirational message of never giving up on your dreams, no matter how impossible they may seem. A series of strangely coincidental events chronicled in his new memoir, “Cue the Rocky Music,” led him to become a professional Rocky impersonator, and he’s eager to tell his unique tale in an upcoming film as well.

In 2006, Kunda entered a Rocky look-alike contest in Philadelphia, the home of his fictional idol, never expecting to win. While he had often dressed like him when he was younger, he was encouraged by friends to enter the competition, which offered a grand prize of ticket to the red carpet premiere of “Rocky Balboa,” the sixth and possibly final Rocky film.

“If I hold my chin up to the right angle, it works. Any other angle, it’s like, ‘Hey, that’s Mike Kunda. I grew up with this guy!’ I never, ever thought I looked like him. I just thought I resembled him somewhat. When you do the hat and the coat and the gloves and you curl your lower lip and the whole spiel, people love it. And when you’re in Philadelphia, people can’t help but think about it,” Kunda said.

On his ride back to his current home of Camp Hill, he knew he had found his calling.

“When the contest happened and I won, we were driving home and I said, ‘Can you imagine if I did this for a living? What if they gave me, I don’t know, $50 to show up, just to do this.’ My wife said, ‘Mike, there’s a future in this for you,’” he remembered.

While there are other Rocky impersonators around the Philly area, Kunda takes his work seriously while still having fun as the character.

“What I do is try to take the most authentic look I can – the hat, the coat – and I walk the crowd. I take my natural personality, I come up with really silly jokes, and I just talk with people. I usually greet people, like if a guy’s name is Paul, ‘Yo, Paulie! How ya doin’, Paulie? Where’s yer sister, Adrian? Ya know?’ Things like that. It depends on the group.”

He also performs at conventions, corporate meetings, races, concerts, and any other event looking for something quirky and new. Among his favorite moments, he said, are when he can get people young and old to run up the famous steps leading up to the Philadelphia Museum of Art with him, jumping up and down as if they’re the champ himself.

“Some of them are a little shy. Their inner Rocky hasn’t come out yet. You’ve got to drag it out of them. You know they want to. You’ve got to show them it’s OK. So you lead the way as Rocky, and they don’t stop once they start. They just get into it,” he explained with a smile.

Like any job, Kunda admits that it has had its ups and downs. At one corporate event, it became clear to him that no one in attendance was a Rocky fan.

“No one wanted to be at this convention. They were just miserable. I’m there in my sweats and I’m trying to do the, ‘Yo, Adrian!’ and I’m just going down in flames. They’re like, ‘You’re a little short for Rocky, aren’t you?’ I’m like, ‘Actually, Stallone is 5’10”, I’m 5’9”. I’m pretty close.’ Here I am justifying myself and I just want to have fun as Rocky and go home!” he laughed.

One man he has never had to justify his love of the character to, however, is the man himself. As luck would have it, Kunda had had several run-ins with Stallone, all of which affirmed his utmost respect for the actor, not just his heavyweight alter ego.

“In all the times I was in his company and I got to talk with him, I realized that I never said, ‘Thank you.’ So I thought, ‘Why don’t I write a book and try to get it to him and just let him know how he affected me in a very positive way?’” he said.

From there, his book not only became a personal, often humorous story about his own life and odd vocation, but about how “all of our failures can go towards the big win.”

“Just keep hanging in there. If you believe in something passionately, don’t let anyone take it away from you. Just find a way to make it happen,” Kunda affirmed, adding that he hopes readers will find the humor in it as well. “I hope people could laugh at this and shake their head and say, ‘This is too bizarre!’”

This led him to the idea of making his own Rocky movie, a documentary exploring both his own fandom and the inspirational impact the billion-dollar franchise has had on so many others’ lives. He hopes to begin shooting in January, with plans to film in Scranton and Philadelphia. Kunda has been working on contacting some of the actors from the films to make appearances and, just as importantly, securing the rights to the iconic Bill Conti theme music.

“If you do a documentary called ‘Cue the Rocky Music’ and you don’t have the Rocky music, you might as well play Lawrence Welk throughout the whole thing!” he joked. “It’s not going to work!”

Finding funding for the film continues to be a challenge as well, but he remains positive, much like the boxer he portrays, that his story is destined to be told.

“I’ve seen documentaries that deal with such sad matters, abuse and drugs, and this is just a happy, goofy, fun little story that I think people can relate to. We’ve all had those Rocky moments. The book talks about being passed over for jobs or failing at jobs or people judging you or trying and failing on your own terms. A lot of us lived that, and I think they’ll recognize that,” he said.

Now 42, Kunda returned to his old stomping grounds to visit his parents for Thanksgiving, stopping by his alma mater and the old concrete steps behind the public pool on 10th Avenue, recalling running up as a kid as if they were the famous steps leading up to the Philadelphia Museum of Art. While the area may have changed since he left Scranton about a decade ago, his big dreams certainly have not.

“I was 11 years old when I saw that movie. It changed me forever. When you hear that Rocky music, it makes you want to achieve. You just can’t sit there and not want to try to achieve something.”

Read the 2011 update to this story here. 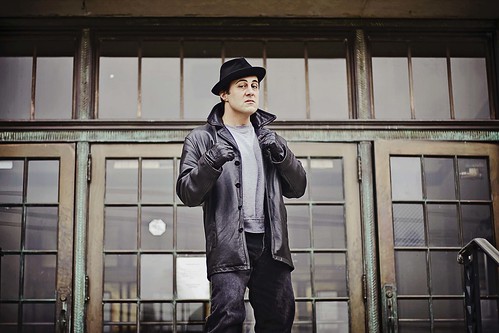 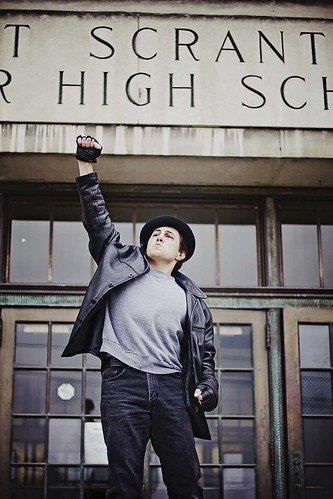 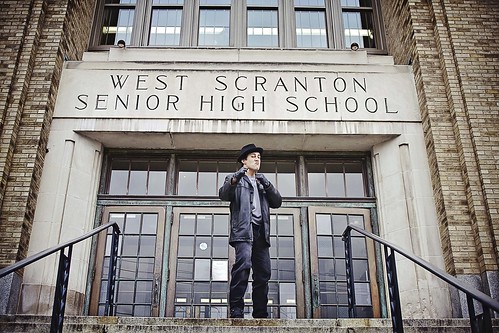 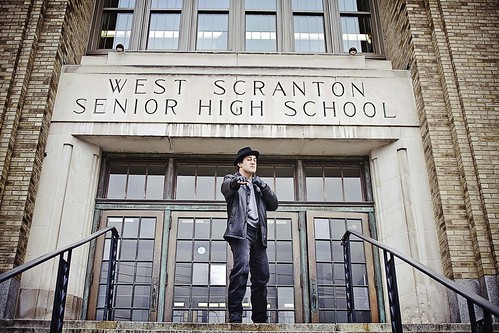 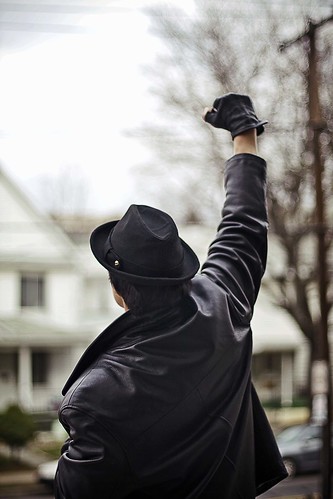 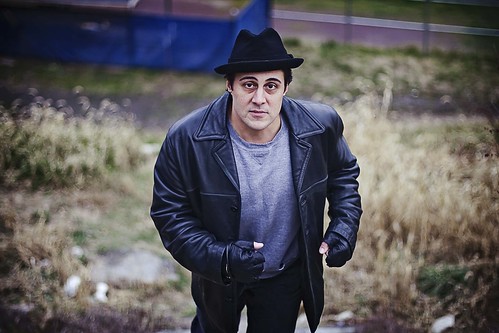 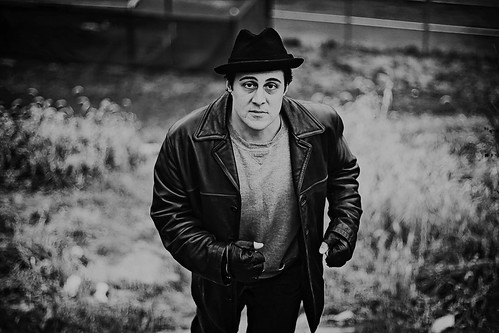 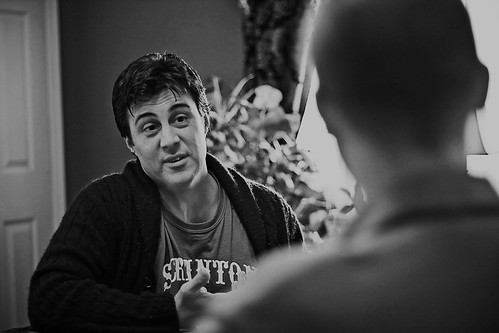 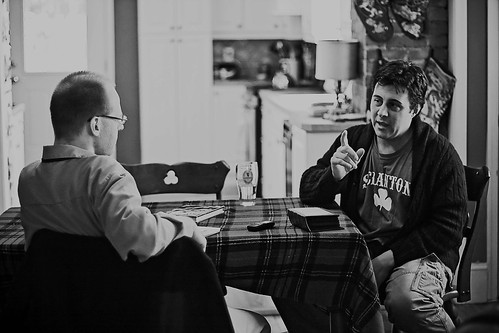 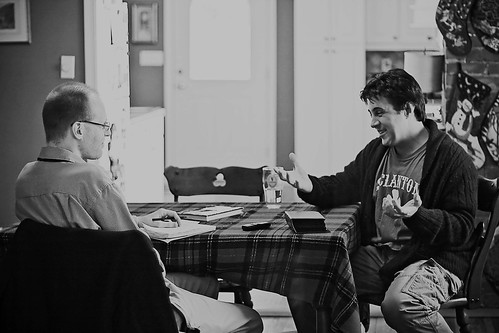 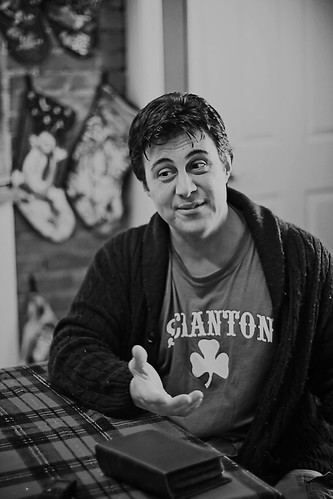 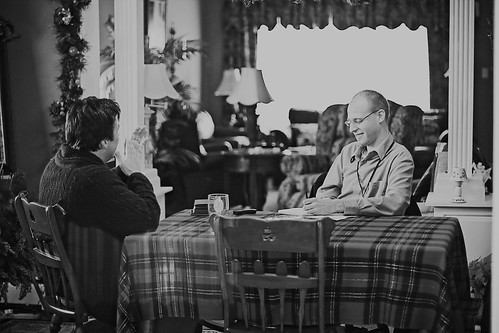