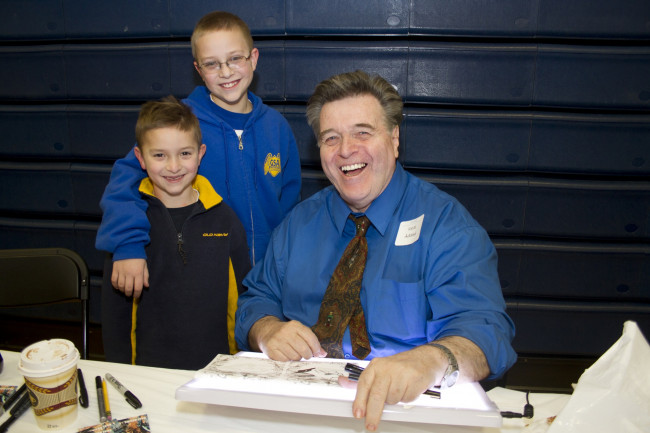 Illustrator and writer Neal Adams is a legend in the world of comic books, but his legacy isn’t behind him – it’s up ahead.

The 71-year-old New Yorker “couldn’t care less” what he’s remembered for. His early comic strips? His groundbreaking work that changed the way fans look at Batman, Superman, Deadman, X-Men, Green Arrow, and other iconic characters? His fight for creator-friendly policies in the industry? His commercial work for amusement parks and other businesses? His favorite project is whatever he’s working on at that moment.

“As far as my work is concerned, I don’t care. It’s up to other people to make those judgments and make those concerns. Personally, I’m just interested in living longer and doing more work and finding out more things. I don’t have any thoughts like that. I don’t think like that. I just look forward to the next thing,” Adams insisted in a recent phone interview.

His origins as an artist are just as humble.

“The reason that I was interested in drawing when I was a kid was because my mother thought I was the most wonderful kid in the world because I could draw,” he recalled.

“That alone made me interested in art. When your mother likes something, well, then you do it again… That and ‘Supersnipe,’ a comic book that you never heard of but was about a kid who had dreams about becoming this very big, muscular superhero that looked a little bit like the old Captain Marvel.”

Drawing became a “drug” in Adams’ life, but when he attended the High School of Art and Design, a vocational art school in Manhattan, he was told that comic books would be wiped from existence within a year.

“It was a bad time, so to survive, and none of my classmates really did, I had to do it better than anybody else, so I learned different things, like I learned to use photographs and I learned to use reference and I studied perspective and all the rest of that. So by the time I got into comic books, I had had a whole career,” he noted.

“I love to learn things. I love science and comparative religions and all the things that can empty a room in two minutes. And art, which actually people will last a little bit longer in a room when you talk about it, and comic books even more, strangely enough, these days. In those days, no, it was toilet paper.”

He defines a true comic artist, and likely himself, simply.

“You get this guy that likes to draw comic books and you stick him in a closet, a nice big closet because he needs room, and you put a drawing table in there and a radio – now it’s a computer – and you give him pencils and papers and you have a little window you slide some food in. And coffee, a lot of coffee because they consider that blood. You give him paper to draw on and he will draw comic book pages and then slide them under the door just so that he can get more paper,” Adams described.

“Comic book artists are a little crazy, and I have no defense for it… We are nuts. And every once in a while, we pop our heads up. ‘Oh, I have a family. We ought to do something.’ ‘Want to go to a movie?’ ‘Sure, just let me finish this panel.’

While this didn’t pay much in the old days, that may be changing.

“I think we’re taking over the world, pretty much. The highest grossing motion picture ever done was ‘The Avengers’ motion picture. We’ve got computer games based on comic books,” he pointed out.

The recent blockbuster “Dark Knight” trilogy included one of his own creators, Ra’s al Ghul, played by Liam Neeson, netting him more money than he was paid to draw the original source material.

He revolutionized comics with his realistic and detailed style and his bold writing that never shied away from serious topics like drug addiction, but he clearly isn’t satisfied with stopping there. One of his latest works, “Batman Odyssey,” is still making waves, as he feels the 13-chapter novel structure was misunderstood by most readers and Internet critics.

“It’s probably the greatest project I ever did in comic books,” he emphasized.

“Every writer [in comics] talks to me about ‘Batman Odyssey.’ Fans come up to me and they lean over and whisper, ‘I loved ‘Batman Odyssey,’ like somebody’s going to catch them.

“Don’t you guys expect me to break new ground? And now you’re disappointed when I do it?”

Adams doesn’t let it get him down, though. Joined by his family that includes some talented artists in their own fields, he runs Continuity Studios in New York City and is planning a future relaunch of his independent Continuity Comics, home of unique characters like Crazyman and Ms. Mystic.

Ever conscious of the present, however, he said he’s looking forward to his first convention appearance in Northeastern Pennsylvania at the first-ever Clarks Summit Festival of Ice Comic Con on Sunday, Feb. 17. The event is much smaller than those he’s used to, allowing him time to appreciate some different art forms and meet casual attendees who may not make as big a deal of his legendary status.

“I do have a resounding interest in ice sculpture. I’ve only done a little sculpture in my life. My son is a sculptor, and I’m very interested in it,” he explained.

“Why do I have to do the San Diego convention where there’s a 140,000 people? Why don’t I go to a nice small town? Everybody’s interested in the community and what’s going on, [so I’ll] just do that. That’d be fun.” 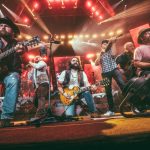