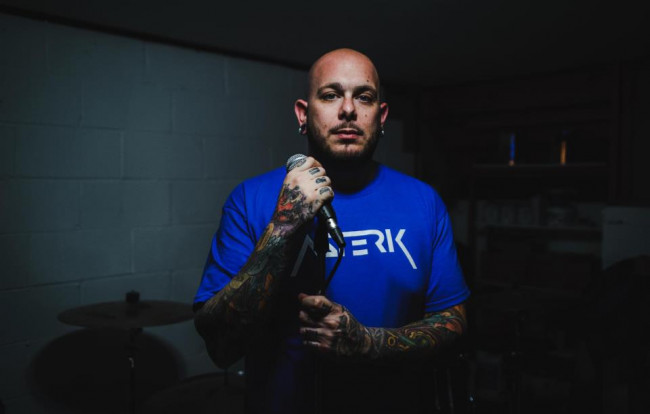 Aayu, the indie rapper from Bucks County who relocated to Northeast Pennsylvania a few years ago, admits his name is “a pain the ass” because of its unusual pronunciation, but unlike many hip-hop artists, it’s no gimmick.

“It’s a common boy and girl’s name in India, but it’s an old, old name that translates from Sanskrit to ‘lifespan.’ Without getting all deep and philosophical and all that, I felt like I had lived a lifespan of a million men by the time I was 25 and I thought that it would be a really cool name. It would be a little bit spiritual, but not so spiritual that it was going to be egotistical,” Aayu, born Mark Ciccone, told NEPA Scene.

“[It’s] a new leaf, which I feel like any human being that wants to has an opportunity to do at any time. That’s one of the wonderful things about having choices and freedom and free will. You can, at any time, change anything about yourself you don’t like. You just got to figure out what it is first.”

He figured it out the hard way, but Aayu feels his experiences made him who he is today. Those who meet him now may hear the early influences of the Beastie Boys, Bad Religion, and NOFX in his work, but they may not believe that he was once a hardcore and punk rock kid who played in bands like Spring Victory, Zolof the Rock and Roll Destroyer, and Valencia.

“My mother was a musician. My mom played bass for years, and I had an older sister that was into music; she played guitar, so it was a really musical house. My sister was older, so I thought her and all her friends were really cool and they listened to all these punk bands I had never heard of. This is, like, early ‘90s. I was just listening to the radio before that. It was something really different for me to hear,” he recalled.

His appreciation for hip-hop was always there too, however.

“I’ve always been a fan of rap music and hip-hop because, like I said, my mother was a musician, so I had a lot of classic stuff in my life and a lot of R&B and soul, so when I started hearing rap and hip-hop on the radio for the first time, it was all sample-based stuff that was sampling records that I had heard when I was a kid that I already liked. I was a drummer, first and foremost, so that’s hip-hop, that’s rap – rap is a rhythm. I was always a big fan of it,” he explained.

“I chased it as much as I chased the punk and hardcore except I couldn’t rap, really, back then when I was young and I was a drummer. I tried to for fun. I didn’t know how to make beats or anything yet, so I was just making the punk and the hardcore because that’s what I knew how to make, but I was always a fan of the rap.”

His rap career began in earnest around 2007 long after his other musical career ended.

“I was at a point in my life, 10 years ago or so, that I wasn’t playing in bands anymore. I had burned some bridges and I didn’t have my guitars and my drums and stuff anymore, so it was only natural that I was like, ‘Well, I like rap. I don’t need an instrument to rap,’” Aayu noted.

“I’m just a weird dude, and I always like interesting things, so my rap, my hip-hop that I make is, I feel like, much different than most of the stuff that other people are doing… There’s a million things that go into making a song. I think when you kind of limit yourself to, ‘I’m just going to listen to this or that or the other thing,’ you kind of pigeonhole yourself for what you’re going to make.”

Recording his own work and playing with live instruments, Aayu released “Blacklister” in 2012, a biographical album that reveals the truth about his past and faces his future with confidence.

“I was pretty much blacklisted from the Philadelphia music scene years ago because of my lifestyle choices, and I hurt people. Even though I was a talented musician, they didn’t really want to make music with me. You take music away from someone that’s the only thing ever cared about, that’s tough,” he emphasized.

“I called it was it was – I’m the blacklister. I’m the one who was blacklisted. I wanted to tell a story because I get asked about it a lot. Sometimes I talk about the bands I used to play in and people are fans of those bands. … They got famous making music, and I never had that opportunity. I tell a lot of stories about how I felt like a phantom, like I didn’t even really exist. Everybody knew who these people were and I was nameless. There’s a lot of that in this album.

“That’s some liberating shit right there, to be able to do something like that. And I’m all about that – I’m not shy.”

The now 30-year-old is headlining the second annual Culture Shock festival at Scranton’s Nay Aug Park, in an area he is now happy to call home.

“I moved up there originally to get clean because I was drinking and I was getting high when I was about 25 where I was originally from in Philadelphia area. I kind of became a product of my environment there with who I was hanging out and neighborhoods I was hanging out in, and I was given an opportunity to go get clean up there at a treatment center, so that’s what originally landed me up there and then I came to really love the people and the area and the atmosphere up there, so I stayed,” he said.

“I absolutely love the idea and the concept of [Culture Shock] because it’s all-inclusive. Everybody’s welcome, and it’s free. You’ve got all this music and you get high off this vibe and this energy when you do something like that. Plus it’s outside and the park is beautiful, so I’m just going to go out there and play music and sweat a lot and dance around like a fool. 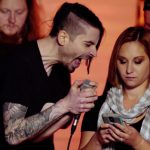