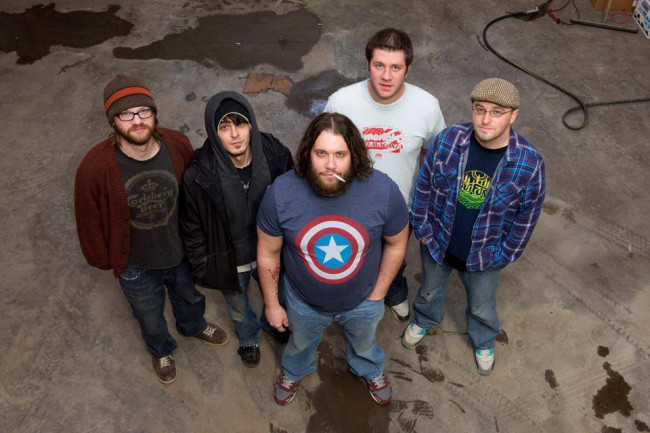 For a band with a funny name that was formed “by accident,” SUZE has become a purposeful creative outlet for Adam McKinley and his bandmates and one of the area’s favorite rock acts.

Founded in Kingston seven years ago, a friend he attended Penn State with asked if he would play a party for him back home, so the singer/guitarist grabbed some buddies he used to jam with and winged it, leading into another gig soon after.

“We played it and then we found a drummer, and then we kind of just started the band,” McKinley recalled.

“We had another friend who thought we should play a show, so he booked us at Senunas’ [in Wilkes-Barre] and he just called us and was like, ‘Hey, you got a show.’ We were like, ‘Oh, OK, so I guess we should learn some more songs,’ and it went over so well that we just kept doing it.”

The group – which currently includes lead guitarist Adam Gabriel, keyboardist Angelo Miraglia, bassist Brandin Shaffern, and drummer Kevin Gallagher – took its name from an inside joke that essentially means “lame,” but their sound, a combination of ‘60s, ‘70s, and ‘90s-style rock “with blues, funk, and jazz undertones” is anything but.

“The way I sing is more of a soulful, kind of bluesy way of singing, and that’s just something that comes out of me. I don’t plan that; that’s just what I hear in my head, so when I sing, it comes out the same way,” said McKinley, who writes most of their songs and all the lyrics.

“We make them a little more progressive, but a lot of it just really has to do with the way I sing and I kind of just mold it around that. Even some of the songs that aren’t considered bluesier, there’s still a bluesy spin put on it just because of the way I sing and the way I approach writing lyrics and melodies,” he continued.

“We also adapt to the other styles that the other members have. Like Adam is a big Frank Zappa and John Schofield fan, so he likes to do things that aren’t typical things you hear. He has an interesting style of playing, but it’s still kind of in that bluesy mold, and Angelo is the same way on the piano. He’s very influenced by jazz and progressive jazz and stuff like that, so those elements still leak in a little bit.”

Releasing their debut original album, “When the World Is Not Enough,” in 2012, McKinley, 29, believes the band’s songwriting has improved over the years, moving in a more natural, structured direction with planned rhythm and tempo changes that show on their follow-up, “Sounds from Thursday Evening,” which will be released at the River Street Jazz Cafe on Friday, March 7.

“Honestly, I think we just got better at writing songs. There’s more of an eclectic mix now that we’ve written a lot of songs. The first album we kind of wrote most of the stuff as we were recording it,” he noted.

“We had a bunch of songs already written by the time we released the last album, so we had an easier time of picking and choosing. I think that’s where we’ve grown. We kind of had more of a direction and more of a purpose when we went in this time.”

The album’s 10 tracks, recorded at McCrindle Building Recording Studio in Laurel Run with Jody Busch Sr., who also worked with SUZE on their demo and first record, are tighter and more direct while still telling detailed stories.

“I picture movies when I write songs. A lot of times for me the music has to come first… and the mood and the sound of the music to me dictates what I’m going to write about, almost as if you were scoring a movie,” McKinley explained.

“I don’t draw a lot from personal experience. Even if I do, I put it in a third person context so I’m not necessarily talking about myself even when I am. Anything personal I draw from I project onto a character.”

“Fall of the King,” for example, is about a tyrant based on King Charles III.

“I just took a little bit from his story and added it into mine. We have another song called ‘Stick Up’ that’s about a bank robbery, and the music inspired that as well. It just sounded like something that would play over a video of a bank robbery,” he said.

“I just found it more interesting to tell a story that hasn’t been told before because everybody’s written a love song. Love is a story that’s hundreds and hundreds and thousands of years old. It’s hard to put a spin on that and have it be new and fresh and different.

Recording their Thursday practice sessions on SoundCloud, the album’s name was simply the website’s default label for unnamed files, though it ended up having just the right ring to it. Their sound similarly resonates with crowds as young as they are as well as older jam band fans who appreciate the complexity of their work.

“We have fun with it, but we also take it seriously. It means a lot to us to come off as professional and well-rehearsed and tight and things like that. We don’t just mess around and go play shows and hope for the best. We work at it and we make sure that we’re going to give people the best possible time that they can have coming to see us, and hopefully that brings them back the next time,” McKinley emphasized.

He plans to make a living from playing music someday, but for now, he’s just hoping to top their first CD release show at the River Street Jazz Cafe, which was one of McKinley’s most memorable concerts and one of SUZE’s biggest crowds.

“We haven’t been playing much the past couple months because we’ve been finishing up the record, and the last time we played at the Jazz Cafe was Christmas, so we haven’t been there in almost three months. I’m just hoping everybody comes out and wants to buy a CD and maybe a shirt and maybe some other stuff,” McKinley said.

“I think we’re all just looking for a good night with people that we care about that care about us, that have been supporting us for years – friends family, people we don’t even know personally that well that we’ve met along the way. That’s the main thing.” 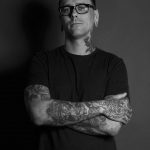