It seems that Infect Scranton is no longer the only horror convention in NEPA.

The Mr. Hush Weekend of Fear Part II was just announced today, a three-day celebration of horror, sci-fi, and pop culture planned for Sept. 5-7 at The Woodlands Inn and Resort (1073 Hwy 315, Wilkes-Barre). The event is named after “Mr. Hush,” the cult horror film written and directed by con organizer David Madison. (The trailer can be viewed below.)

Admission is $20 for a one-day pass and $40 for a weekend pass. Children 10 and under are free with a paying adult. Tickets are available at The Woodlands or can be purchased online with a credit card or PayPal at mrhush.net. If the event does not sell out in advance, tickets will be available at the door.

A special Weekend of Fear room rate is available by calling the resort directly at 570-824-9831. Vendor tables are available for a discounted rate if reserved before Aug. 1. 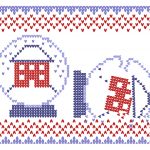