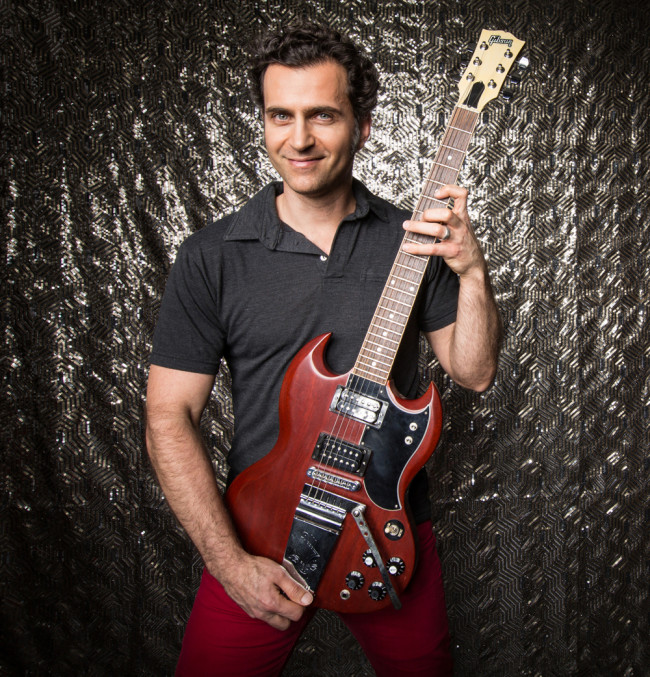 The name “Zappa” is instantly recognizable to older music fans, but Dweezil Zappa, son of the late, great Frank Zappa, found that many younger listeners were growing up not knowing who his father was or what his groundbreaking art did for music, so Zappa Plays Zappa was born.

Eight years later, Dweezil (along with his band) is still recreating Frank’s seemingly endless catalog of songs on stage and introducing it to audiences all over again. After just paying tribute to Jimi Hendrix at the F.M. Kirby Center in March on the “Experience Hendrix” tour, Dweezil is returning to the Wilkes-Barre theater on Friday, July 11 to pay tribute to his dad. Over the holiday weekend, Zappa talked to NEPA Scene about hanging out with his old man, how this tour got started, the reaction he’s received from younger generations, teaching others the tricks of the trade, and what his daughters are listening to these days.

NEPA Scene: What has made you stick with the guitar all these years? What is it about it that speaks to you or has become a part of you?

NS: Did your dad put the guitar in your hand or was it something you immediately wanted to play?

DZ: As a kid, I watched him play and always thought it was the coolest thing. His playing I always knew was really complicated, so I figured I would have to start somewhere else first before I tried to do what he was doing, and so when I first started playing, I was 12 and I was listening to players like Randy Rhoads, who played with Ozzy Osbourne, [and] Eddie Van Halen. The stuff that they were doing was also quite complicated and technically difficult to master, but it was less complicated than the harmonic and rhythmic content in my dad’s music, so at least it felt like an easier platform to start.

NS: What is one of your favorite memories of hanging out with your dad?

DZ: We always did some funny things relating to word games. We had one game that we played that you had to try and invent a word that represented a certain type of example. For example, one time I was trying to come up with a word for the type of individual who only ever wears a rock T-shirt, and Frank in a nanosecond said “insignoramus,” a combination of “insignia” and “ignoramus.” It was hilarious.

NS: Do you still use that one?

NS: What was your original inspiration for starting the “Zappa Plays Zappa” tour in 2006?

DZ: A lot of people that were under the age of 35 didn’t know anything about my dad’s music. Even if you said the name “Frank Zappa,” they would say, “Who?” That just didn’t seem right to me, so I wanted to give people a chance to hear the music in a live situation where the music was being played respectfully as it was designed to be played, so I was creating a band that really treated the music more like a repertory ensemble. The difference there is that a lot of people say, “Oh, well do you do your own thing with music? Do you modernize it?” and I say, “No.” There’s no reason to do that because if you were putting it in the world of classical music, by example, you don’t take Mozart pieces or Beethoven pieces and change them or rearrange them or modernize them in order to widen the audience. The job is to preserve what was written on the page and respect the composition, so you’re not going to have a concert with a rapper in a white wig going, “Yeah! Yeah! Beethoven! Yeah!” It’s not going to happen.

NS: His music was way ahead of its time anyway.

DZ: The point is to respect the music and play it as it’s written, and there’s a lot of discipline involved in doing that, but the thing about it is I also, in doing this, wanted to re-educate the audience in a way in that I wanted to focus primarily on what I thought was the main ingredients that made my dad’s music unique to him, which are really just the rhythmic elements and the harmonic content. I chose initially to steer clear of most of the stuff that was humor-based because that tends to confuse people. People think when you hear a song that has funny words and this, that, and the other, they think, “Oh, well that person must not be very serious about what they do,” so they would sort of lump my father’s music into this novelty act kind of thing. The music is stigmatized by two things: the novelty act and the fact that his core audience and the time that he was touring the most was decades ago, so what it amounts to for people in the media and whatnot is that it’s nostalgia music and this is not current, but Frank’s music is from the future. Not only is it beyond current, nobody’s even approaching what he accomplished.

NS: At first, the crowds were probably older guys reliving their glory days. Have the crowds been getting younger since?

NS: What kind of reaction and feedback have you received from these younger fans?

DZ: The best example I can give you is in the band. There’s a member of the band who plays keyboards; his name is Chris Norton, and he has never heard Frank’s music before. He heard us play Frank’s music; he saw the first DVD that we did and he was blown away by all the variety in the music and just what it takes to play the music, and he contacted me on my website and he was wondering if we were ever going to be holding auditions. I just said, “Well, send me a video of you playing a couple of different songs,” and I told him what songs to play, and he could play these parts and he was 23 at the time. So when we did have auditions, I auditioned a bunch of people and he got the job. But right there, that’s exactly the whole reason behind all of this. We play the music, a younger generation has been able to see it, and the proof of it is there’s one of them that was so inspired that he wanted to be in the band. There’s definitely more out there. We come across people all the time who are like, “This is my favorite music ever. There’s nothing like it.” We’re like, “Yep, we know.”

NS: Before this show, you also offer a guitar class people can take. What are some of the most common questions you get?

DZ: Pretty much one of the universal themes that everybody is interested in is because of the way guitar is typically taught by most books, videos, and things. There tends to be a place that people plateau, and they get to a certain area where they’ve learned a few scales and they’ve learned pentatonic shapes that are used for rock and blues playing, but what happens is they don’t necessarily feel comfortable connecting the neck and being able to create phrases that utilize the whole neck. It’s usually just based on how the material is presented, and they aren’t able to visualize the connecting places on the fretboard, so I have a simple little solution for some of those issues, so I usually start with that. It’s usually pretty helpful for people because it automatically, and in a very simple way, gives them the ability to play all over the neck and widens the little boxes that they’re used to, so I take what they already know and I expand it for them in a very simple, easy to remember way.

NS: Your kids are young, but do you see them getting interested in making music or picking up a guitar?

DZ: There’s guitars around the house and they have their own guitars and they will occasionally get them out, throw them on, and do some stuff, but as a kid, I remember I got a guitar when I was 6 and I didn’t really know what to do with it at all; I just kind of made some noise on it. It wasn’t until much later that I got serious about the idea of playing it, but as far as music goes, my girls, they’re starting to develop what their idea of what kind of music they like, and it’s just really funny to me to see what it is that they like.

They’re 6 and 8, so the music that they really like is to be kind of expected. They’re exposed to things like Katy Perry and stuff like that. … Both Kelly Clarkson and Katy Perry are good singers; I think they make good music, but my girls haven’t come to me with something that I’ve found to be really completely unlistenable, so that’s good.

NS: You did take home Grammy for “Peaches en Regalia.” Do you think this music could eventually find its way into the mainstream?

DZ: Anything can be popular if it has enough exposure, you know? But ultimately, what we are hoping to do is just get more of what we’ve done completed, some more DVDs and some other stuff because there’s only one that’s been put out, and that was from the first tour, so the band has evolved and so many other songs have been learned and performed and stuff. There’s a lot of things that I would like to be able to do with this.

Over the long run, I’d like to make sort of a documentary about the whole project just because there’s so many elements to doing it and it’s been an ongoing for a decade. 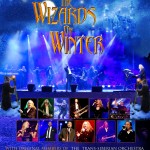