New Found Glory has announced a release date for their new album, “Resurrection,” accompanied by a new music video, as well as the dates for the fifth annual Glamour Kills Tour, which the band is headlining.

The pop punk godfathers, who formed in 1997, will release their eighth studio album through Hopeless Records on Oct. 7. The music video for the first track, “Selfless,” can be viewed at the top of the post.

A press release detailed the creation of the record:

New Found Glory walked into the studio to record “Resurrection” with the all of the album tracks already written, which was a new and invigorating starting point for the band. “This is the most prepared we’ve ever been,” lead guitarist and vocalist Chad Gilbert notes. “Writing as a band now has never felt so easy. We really came together with ideas. We’ve gone through a lot and figured a lot of things out. This album has been very cathartic for us.”

“Resurrection” is an expression of the overall human experience and what it means to take the cards you’re dealt and move on in a positive way. Lead vocalist Jordan Pundik remarks, “We’ve always been a band that has written about life experiences from a deeply personal place.” He continued, “Some of it fictitious and some of it not fictional, but it’s all been stuff we’ve dealt with in our lives.”

After selling millions of records, interacting with countless fans and touring the world, New Found Glory feel a responsibility to their audience to bring something new and fresh to the table with every single release. “The goal for the new record was to make it sound really authentic and natural and not filled in,” Gilbert says. “It was trying to make the biggest sounding record stripped down as four people.”

We Are the In Crowd and Fireworks will be joining New Found Glory on the tour, along with rotating openers Candy Hearts, Red City Radio, and Better Off.

“Resurrection” can be pre-ordered at the Hopeless Records website, along with packages that include posters, t-shirts, and pre-sale general admission and VIP sound check tickets for the upcoming tour. 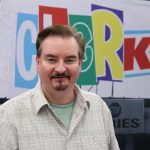 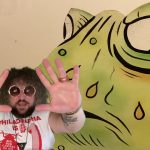