Remsen’s lecture will chronicle the thirteen black men who left their safe haven in the Abingtons to volunteer for the Union Army – and return south into harm’s way. Nine of the men lie buried today in Waverly. Remsen will explore the men’s hard lives before, during, and after the war, as well as the larger social conditions around them. Beginning in the 1840s, a network of local abolitionists and other white allies defied the racist attitudes on the day by safeguarding dozens of runaway slaves and helping to set up Waverly’s so-called “Darkie Hill” settlement. For the disabled black Civil War vets and their widows, this assistance continued for decades after the war.

Remsen is a graduate of Abington Heights who spent decades as a reporter and editor at the Philadelphia Inquirer. Now retired, he is pursuing a longtime interest in history. He recently published a historical novel for middle schoolers that explores Indian-settler conflicts along the upper Susquehanna River.

For more information about the program, contact the Lackawanna Historical Society at 570-344-3841 or e-mail lackawannahistory@gmail.com. 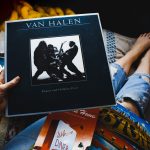