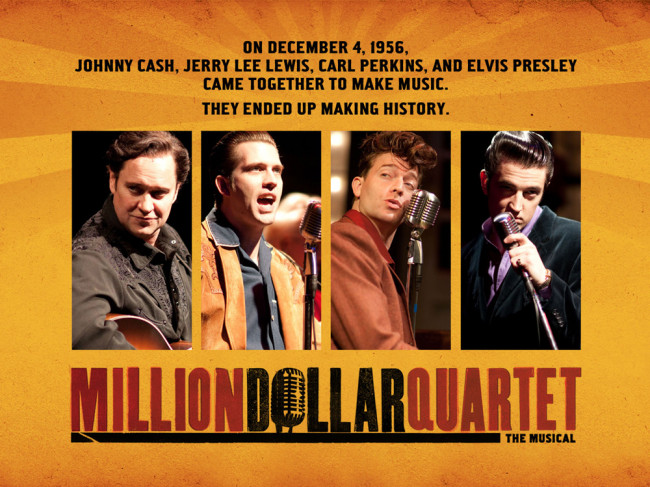 The 55th season at the Scranton Cultural Center at the Masonic Temple (420 North Washington Ave., Scranton), brought to the downtown venue by the Broadway Theatre League and Albert Nocciolino, also includes “Million Dollar Quartet,” 2011 Tony Award winner “Anything Goes,” and a special performance by The Australian Bee Gees.

Season tickets may be purchased in person at the BTL office (345 N. Washington Ave., Scranton) or by calling the office at 570-342-7784. Season ticket holders receive exclusive member benefits, including savings, priority seating, and ticket exchange privileges.

Descriptions of each show, along with accompanying dates, are below:

“Mamma Mia” is the ultimate feel-good show that has audiences coming back again and again to relive the thrill. Now it’s your turn to have the time of your life at this smash-hit musical that combines ABBA’s greatest hits, including “Dancing Queen,” “S.O.S.,” “Super Trouper,” “Take a Chance on Me,” and “The Winner Takes It All,” with an enchanting tale of love, laughter, and friendship. Whether it’s your first visit or your 14th, see the show that has the whole world coming back for more, because every time feels like the first time at “Mamma Mia!”

“Sister Act” is Broadway’s feel-amazing musical comedy smash! The New York Post calls it “ridiculously fun,” and audiences are jumping to their feet in total agreement! Featuring original music by eight-time Oscar winner Alan Menken (“Beauty and the Beast,” “The Little Mermaid,” “Little Shop of Horrors”), “Sister Act” tells the story of Deloris Van Cartier, a wannabe diva whose life takes a surprising turn when she witnesses a crime and the cops hide her in the last place anyone would think to look – a convent! Under the suspicious watch of Mother Superior, Deloris helps her fellow sisters find their voices as she unexpectedly rediscovers her own. A sparkling tribute to the universal power of friendship, “Sister Act” is reason to rejoice!

“Million Dollar Quartet” is the high voltage Tony Award-winning Broadway musical, inspired by the phenomenal true story of the famed recording session where Sam Phillips, the “Father of Rock ‘n’ Roll” brought together icons Elvis Presley, Johnny Cash, Jerry Lee Lewis, and Carl Perkins for one unforgettable night. This thrilling musical brings you inside the recording studio for a monumental night of rock and roll that explodes off the stage, featuring 21 timeless hits, including “Blue Suede Shoes,” “Sixteen Tons,” “Great Balls of Fire,” “I Walk the Line,” “Fever,” “Hound Dog,” and more.

Celebrating its 30th Anniversary, the pop culture phenomenon of “Flashdance” is now live on stage. With electrifying dance at its core, “Flashdance – The Musical” tells the inspiring and unforgettable story of Alex Owens, a Pittsburgh steel mill welder by day and a bar dancer by night with dreams of one day becoming a professional performer. When romance with her steel mill boss threatens to complicate her ambitions, Alex learns the meaning of love and its power to fuel the pursuit of her dream.

“Anything Goes” is set aboard the ocean liner S. S. American, where nightclub singer/evangelist Reno Sweeney is en route from New York to England. Her pal Billy Crocker has stowed away to be near his love, Hope Harcourt, but the problem is Hope is engaged to the wealthy Lord Evelyn Oakleigh. Joining this love triangle on board the luxury liner are Public Enemy No. 13, Moonface Martin and his sidekick-in-crime Erma. With the help of some elaborate disguises, tap-dancing sailors, and good old-fashioned blackmail, Reno and Martin join forces to help Billy in his quest to win Hope’s heart.

From the producers that brought you “RAIN – A Tribute to The Beatles,” “The Australian Bee Gees Show” is a celebration of one of the most influential and famous musical groups of all time. Their record-breaking music is captured on stage with mesmerizing resemblance in sound and mannerisms. Get ready for the new “Australian Bee Gees Show,” a multimedia theatrical concert experience that takes a nostalgic trip through the legacy the Bee Gees left behind while celebrating over four decades of the infectious music written by the Gibb brothers. Together for more than 17 years, The Australian Bee Gees Show has mastered the look, sound, and personality of the adored trio, while cementing their reputation as the world’s leading Bee Gees show.