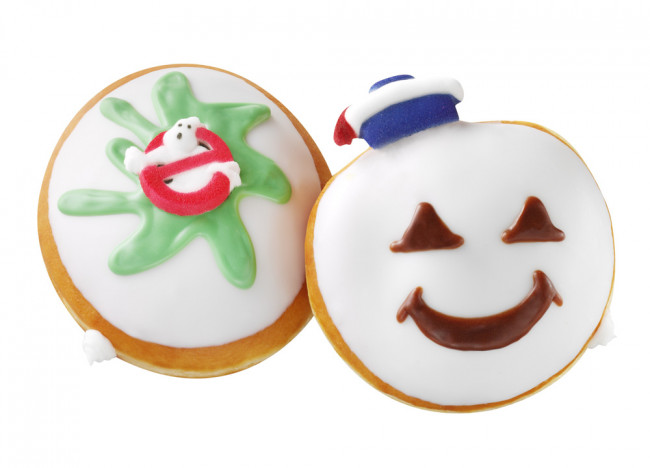 If the re-release of “Ghostbusters” in theaters and the special edition Blu-rays of both films weren’t enough to celebrate the 30th anniversary of those quick-witted parapsychologists, then hold onto your proton packs – Krispy Kreme has released two exclusive donuts that pay tribute to both Slimer and the Stay Puft Marshmallow Man.

Here are the official descriptions from Krispy Kreme:

These donuts are available starting today through Oct. 31 at participating locations, so get them before they inevitably escape the containment unit. There is one location in Scranton and one in Clarks Summit. Sept. 29 also happens to be National Coffee Break Day, so those who stop in any location today will receive a free cup of coffee as well. 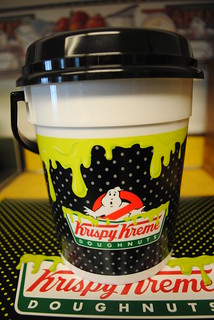 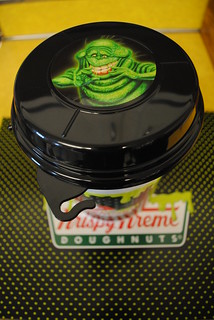 For collectors, a reusable bucket for donut holes is also available for purchase, featuring Slimer on the lid.

“We are truly excited to collaborate with Sony Pictures in celebration of the 30th anniversary of the iconic ‘Ghostbusters’ brand,” Krispy Kreme Chief Marketing and Innovations Officer Dwayne Chambers said in a press release.

“And we are delighted to bring our fans two delicious limited edition treats that are as unique, creative, and joyful as this beloved film franchise.”

“We are so excited about the 30th anniversary of ‘Ghostbusters’ and our collaboration with Krispy Kreme Donuts, as well as the launch of our new ‘Ghostbusters’ website. Both brands have an incredible legacy with consumers, and with exclusive donuts at Krispy Kreme locations and a retail promotion featuring the Blu-ray offering, we are confident everyone’s proton packs will be loaded,” added Sony Pictures Consumer Products Senior Vice President Greg Economos.

The “Ghostbusters” 30th Anniversary Edition and the “Ghostbusters II” 25th Anniversary Edition on Blu-ray, released Sept. 16, are available separately, in a two-disc Digibook that includes both films, and a limited edition gift set that contains a collectible Slimer statue and the two-disc Digibook, though the gift set is only available for a limited time. Both films have been restored and remastered in 4K high definition, and the Blu-rays contain new bonus materials and all previously released legacy content.