Every Saturday morning at 10 a.m. on 102.3 FM The Sports Hub, Fast Freddie, Derek Warren, and Dr. Johnny Blindside talk and drink beer on the Beer Geeks Radio Hour! The show is also available as a podcast after the live broadcast:

This week, we examined the fantastic San Francisco-based 21st Amendment Brewery – through drinking, of course – and also talking with owner Shaun “Sully” O’Sullivan! We were joined in studio by the always enjoyable and knowledgeable Backyard Billy from Backyard Ale House and returning guest Jason Jerecki to partake in these wonderful beers.

Bitter American: An unbelievably flavorful and balanced American Pale Ale that is also extremely sessionable at 4.4 percent ABV. It’s an incredible beer that should be a great go-to anytime you are out for an evening!

He Said Pumpkin Belgian Tripel: A collaboration beer with the also great Elysian Brewing Company, this Belgian-styled Tripel is enhanced with delicate spices and pumpkin for a unique spin on the popular pumpkin beer craze. A must try for pumpkin beer fans, also try the Baltic Porter with pumpkin that comes in the special four-packs with this beer!

Back in Black: Another great take on the Black IPA style. If you have had a Black IPA in the past and were maybe a little put off by it, then do yourself a favor and try this one. The roasted malts are kept in check and the hop selection perfectly complements the overall beer.

Hop Crisis: One of the best DIPAs on the market! (Are you picking up on a theme here?) This 9.7 percent ABV DIPA drinks like a session IPA and has a ton of flavor locked within; the oak stave adds even more depth to this beer. The only knock to it is that it is WAY too drinkable for being 9.7 percent ABV – a MUST try!

Lower De Boom: This 11.5 percent ABV American Barley wine packs a wallop and lives up to its name. The hops dropped out a bit from this sample from 2013, leaving behind a sweet malt backbone with a fair amount of booziness. Barley wine fans rejoice – your favorite style can be enjoyed in a can!

We also had another amazing giveaway this week from 21A! 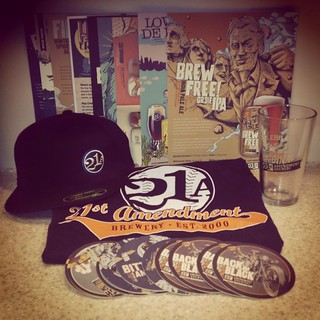 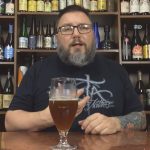