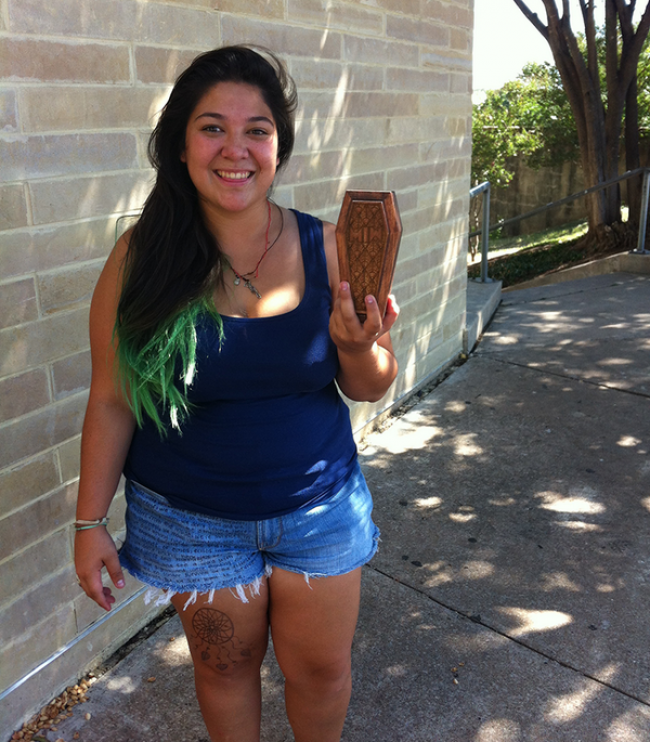 Scranton’s Motionless In White is streaming their brand new album, “Reincarnate,” through YouTube after fans found each song “hidden” in a scavenger hunt across the world – including right here in NEPA.

On Sept. 10, 13 cities, which ranged from Los Angeles to Toronto to London, were posted on the band’s website, Facebook, and Twitter, prompting fans to discover little MIW coffins at those locations that would “unlock” a song online as soon as they were found. One of those locations was in Kingston at keyboardist Josh Balz’s shop, The Strange & Unusual Oddities Parlor – clearly a nod to their NEPA roots:

The entire album, which was officially released on Tuesday, Sept. 16, has been streaming on YouTube ever since:

Those who prefer to listen on Spotify can not only listen to the album, but also hear commentary with each track by frontman Chris Motionless here.

A music video for the title track, along with behind-the-scenes photos, can be viewed here.