The String Cheese Incident announced the first leg of their national headlining tour today, which will take the progressive jam band through Philadelphia, New Jersey, and New York in November.

Tickets are available Wednesday, Sept. 10 at 1 p.m. through the band’s website. Coming up, they’ll perform in September at the Lockn’ Festival in Virginia and the Phases of the Moon Festival in Illinois, as well as their three-night Halloween extravaganza Suwannee Hulaween in Florida in late October/early November. From Nov. 7-12, they’ll be in the tri-state area.

The String Cheese Incident released “Song in My Head,” the band’s first studio album in nine years, on April 29 on SCI Fidelity Records/Loud & Proud Records. The album, which debuted at No. 1 on the Billboard Heatseekers chart, was produced by Jerry Harrison of the Talking Heads and includes 10 new songs written collaboratively by the group over the past few years.

“Song in My Head” is perhaps the band’s tightest and most skillful yet. After years of feeling more like live players than studio musicians, the band members finally tapped into the skill that two decades’ worth of performing brings. There’s also an overarching sense of joy and renewed passion throughout.

“We felt really comfortable making this record,” drummer Michael Travis says. “This album feels more genuinely us. It’s everything we’ve learned about making an album. The band is in a great space right now. We are really excited about hitting the road for a few weeks in the fall and getting back at it in early 2015.”

The String Cheese Incident formed in the Colorado mountain ski towns of Crested Butte and Telluride in 1993 and have built on those 20 years of experience to become the musicians they are today. In that time, they have played over 1,500 shows, including their own festivals and happenings across the country, and they have been hailed for their commitment to musical creativity and integrity, community spirit, philanthropic endeavors, and their innovative approach to the business of music.

In December of 2012, the musicians went into a rehearsal studio in Boulder, the Colorado city they’ve called home since the early days of the band. Although they initially went in to practice for a series of upcoming tour dates, the band decided to use the time to record a few tracks. They had performed much of the material live, but it hadn’t yet been recorded. Inspiration was immediate and the experience was notably enjoyable, a sensibility they felt had been missing previously in the studio. It was then that they knew “Song in My Head” was born. 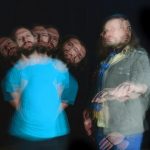 After successful opening in Dunmore, Scranton Comedy Club hosts next show with Stacey Prussman on Feb. 15
After years of hard work, Kore Rozzik is a ‘Rockstar’ of his own making