Infect Scranton and the Mr. Hush Weekend of Fear have passed, but there’s still one more horror movie convention coming to NEPA before Halloween.

FANtom Fest is a brand new con to be held at the Hilton Scranton & Conference Center in downtown Scranton Oct. 3-5. As the name suggests, the event is tailor-made for fans of the genre with lots of unique vendors and special guests – including many who have never been to the area before.

The biggest draw is the reunion of the “A Nightmare on Elm Street 4: The Dream Master” cast – it is only the second time that these actors have appeared all together at a convention. Jeffrey Combs, star of “Re-Animator,” is another major guest, along with Felissa Rose, Jonathan Tiersten, and Frank Sorrentino of “Sleepaway Camp;” Rochelle Davis of “The Crow;” William Forsythe of “The Devil Rejects;” Lisa Loring of “The Addams Family;” and many more. A charity auction held during the weekend will benefit St. Jude Children’s Research Hospital.

NEPA Scene has an exclusive interview coming up with the organizers of the con, but for now, check out the above promotional video and the website for more information. 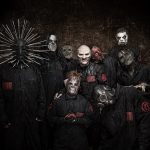