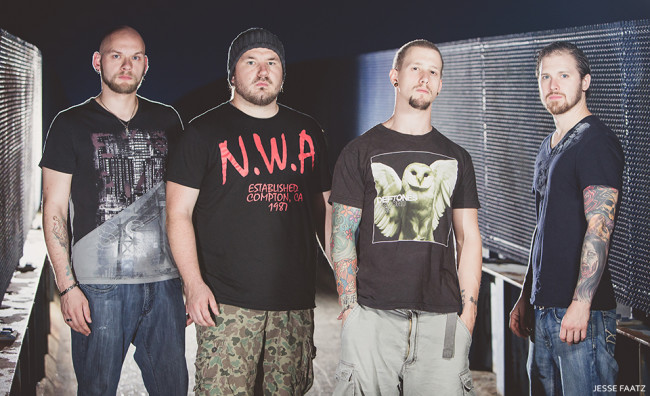 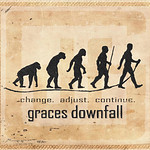 For their fourth studio album (fifth overall, if you count their live unplugged “A Night in the Woods” release), NEPA’s own Graces Downfall come out of the gate like a pack of wild horses, virtually daring the listener to bear the threshold of volume and metal-tinged intensity with which they threaten.

In other words, it’d be wise not to put up a struggle and just crank this, dealing with the fallout from your neighbors later.

Produced by ex-Badlee Bret Alexander, who’s been a champion of the band from the beginning nearly a decade ago, “Change. Adjust. Continue.” swings with a blindfolded sense of defiance, humbles with its heartland-inspired honesty, and reads between the lines with a nuanced sense of funky rhythmic elegance – the maturation is not only evident, it bleeds all over the sonic page.

Perhaps one of the best tracks the band’s ever laid down, opener “Fight,” is as much as you could ever expect out of a rock band at this criminally underrated level. Guitarist Mark Yanish’s swordsman-like, scalular intro claws onto the back of a mammoth riff and the most stomp-worthy arena groove Nickelback would ever hope to achieve, while vocalist Kenneth Norton seems to channel some other-worldly rage and purges it all back down the throats of those who might seek to step in the way.

“Letter to Lainey” is culled from the same formula that made bands like Audioslave work so well – a muscular, jaggedly cut guitar funk surrounded by a hauntingly serious vocal inflection, gently twisting between wispy and deadly provocative. Tracks like “Drop the Case” follow a slightly more askew metallic design, concentrating on a seething, yet no less intense moodswing element gliding on a Crossfade-like melancholy. Norton’s varying candor ranges from streamlined faux Southern drawl to Seattle-bred frustration as he sings with hard-nosed resolve, “Drop the case, I didn’t do a damn thing wrong.”

On the lighter side, cuts like the acoustic “Leah” are emotionally stirring as Norton vows reassurance through the repeated lyric, “Always remember that I love you;” the track is a contemplative celebration of unconditional devotion, showing the depth of the band’s songwriting and multifaceted arrangement. “Lost Time,” while not as fragile, glides on a similar thread of life’s examinations, anchored by a hyper-melodic chorus and alt-rock heavy chord progression.

The band dazzles, weaving in and out of such softer moments with slaps to the palate like “Jesus Crutch,” a snarling revoke of the hypocrisy displayed by some in the religious persuasion: “Head off to church every Sunday with artificial smiles / inside your misery is crying to come out.” The tighter-than-Ziploc rhythm section of bassist Grant Williams and drummer Jamey Fisk engage in an almost progressive air of syncopation that adds to the track’s anxiety-ridden scolding.

A veritable concrete slab of not only production, but emotion throughout, done without ever falling back into “safe” territory, Graces Downfall manages to rattle off one convincing idea after another. In the process, the band stretches the boundaries of hard rock in NEPA just a little further to fit their own needs – the results are fist-pumpingly satisfying. 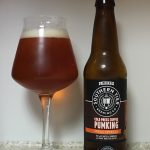