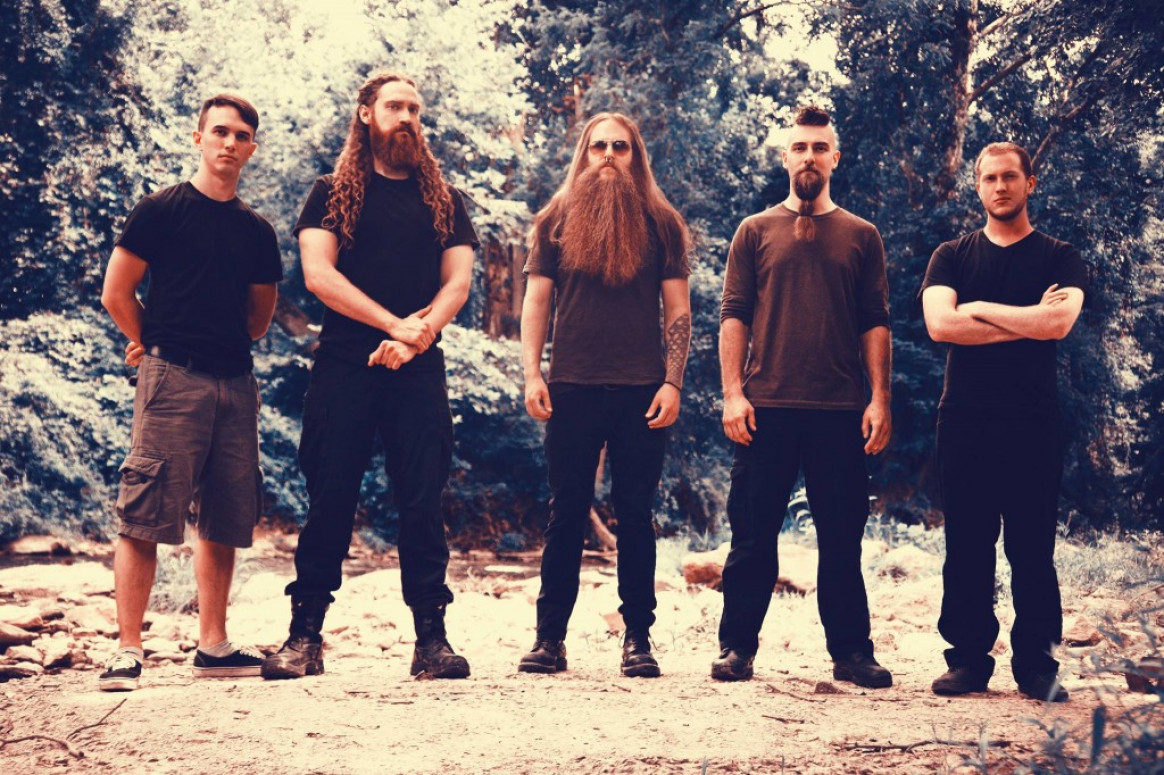 Black Crown Initiate’s bio is as heavy as their sound.

The Reading, Pennsylvania-based progressive death metal band, which recently signed to eOne Music for the release of their album “The Wreckage of Stars,” describes their sound as “a sentient being at war with itself and everything else; an entity holding on for dear life as its inner and outer world dies.”

What does NEPA’s Prosody think about opening for Black Crown Initiate? Read an interview with them about the show here.

Speaking with the guitarist/vocalist Andy Thomas, though, the mood is dramatically less intense than his band’s character preceding him. Taylor’s a musician who is just thrilled to pieces to be out on the road, living his dream – a new album in tow, creating quite a buzz. The band will stop at The Factory: Underground in Wilkes-Barre on Friday night, a gig sandwiched between major national tours with some of metal’s most prominent throat-grabbers.

“What you find out here is that even the huge bands like [Polish death metal legends] Behemoth, they treated us really well,” Thomas says. “Everybody’s out here doing the same thing, and they know it’s hard, even though it’s fun. We kind of take care of each other.”

Black Crown Initiate toured with Behemoth earlier this spring/summer as part of the Metal Alliance Tour. Thomas and company (vocalist James Dorton, guitarist/vocalist Rik Stelzpflug, bassist Nick Shaw, and drummer Jesse Beahler) are scheduled to hook up with another major live jaunt when they join New Orleans sludge purveyors Crowbar along with Unearth late in November for an East Coast/Midwest string of dates. Thomas knows the responsibility that comes with such great exposure and opportunity for his band, just formed in 2012.

“When you’re thrown into that situation, and you’re no longer a local band overnight, you really have to learn quickly or you’re going to find yourself in a lot of trouble,” he warns. “You learn how to move quick, stay out of other people’s way. That’s something that, myself included, local bands don’t excel at.” 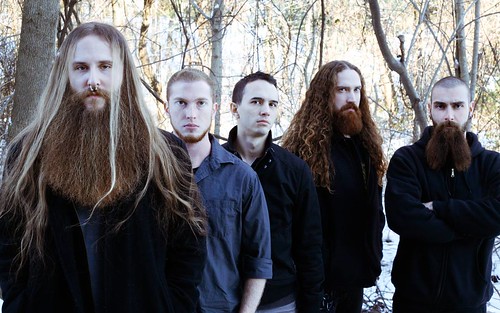 Thomas gives an example of learning experiences he’s seen thus far while on tour that can result in a great deal of embarrassment for a green, up-and-coming band.

“It’s like, you open a show if you’re the local band,” he begins, “and it’s the greatest night of your life. You’re up there and it’s all glory, and you probably take a little too long enjoying it. Then, one of the bands that’s touring has to end up cutting their set because you’ve taken too long. You learn to avoid stuff like that because you notice stuff like that.”

Notice is something that Black Crown Initiate is no stranger to lately. The band’s 2013 debut EP, “Song of the Crippled Bull,” created enough of a disturbance on the international metal front that the band would become the only unsigned act performing on the aforementioned Metal Alliance Tour earlier this year. Coming from Reading, of which Thomas describes as having a smaller metal community (the Metal Blade Records band Rivers of Nihil was actually also Reading-based), he says that Black Crown Initiate knew most of the players on the scene, and the city has no shortage of talent just ripe to be picked.

“The guys in our band and the guys in their band [Rivers of Nihil] jammed together in different conglomerations for years,” Thomas recalls. “They got started, and then we got started. Hopefully that continues – there are a lot of great musicians in Reading; it’s just a matter of them actually doing something. I always say, ‘Put your music out!’ Until you do that, nothing will come. So, we’ll see – there’s certainly a lot of promise, even if it’s not the best place to live, in my opinion.”

The band was only together for six months to a year before the record deal with eOne came calling. Thomas says that the band’s “discovery” happened in a rather homegrown fashion.

“We put the [“Song of the Crippled Bull”] EP out, and we didn’t really do much with it as far as sending it to labels or that sort of thing,” he says. “We released it on Bandcamp and iTunes. Then this organic buzz started that he began hearing from guys like Dan Rozenblum, who works at [independent talent booking company] The Agency Group and Steve Seabury, who works at eOne. Those guys started hitting us up and talking to us, and the rest is history. We weren’t expecting anything to come from that EP, though, honestly.”

Looking back at the recording that “broke” the band, Thomas is happy with how it turned out. Although, truth be told, he’s even more pleased with the current record.

“Listening to our new album, the EP kind of feels like baby steps, in a way,” he admits. “I hope that this current album will also feel that way when we put out the next one. I’m still very proud of the EP – it got me where I am. Even though it was kind of a last-ditch attempt to do something, you’re always looking to do something better. A lot of effort did go into making that EP.”

For “The Wreckage of Stars,” the band again worked with Atrium Audio Studios in Lancaster under Carson Slovak and Grant McFarland, both of whom Thomas describes as “good dudes” and “easy to work with.”

“They did a great job,” he proclaims of the pair’s work on the two Black Crown Initiate releases.

Thomas says that going into the new album, much of the guesswork was eliminated and the band was intently focused on what they wanted.

“With the EP, we didn’t have the full band,” he explains. “I was doing all the guitars and we used programmed drums. This time, we had a drummer; we knew we had a really good drummer, so we wanted it to be a little more organic-sounding than the EP. I think we accomplished that.”

“The Wreckage of Stars” is filled with dramatic landscapes of progressive elements – like the darkly lush, Opeth-esque acoustic passages that punctuate songs like “The Malignant” and undulating rhythmic hammering that defines cuts like “Withering Waves.” The musicianship of this band is a sure calling card, something of which Thomas is well aware.

The music is all about the emotion for Thomas. Even though his band is comprised of exceptional musicians, he’s not at all interested in showing the depth of their woodshedding.

“We’re not concerned with showing anybody how well we can play or how fast we can play,” he says. “It’s conveying how we feel, and maybe having somebody relate to it. I don’t really relate to technicality – I never have.”

“I borrow from a lot of different philosophies,” says Thomas of his lyrical inspirations. “Really, though, it’s just about everyday struggles. I think there’s some stuff on the new album especially that’s immediately relatable. I don’t want to get too personal, but it’s all pain and hurtful shit, I guess.”

Thomas expands on his thoughts as far as the band’s lyrics and themes are concerned as he wraps up the conversation.

“I don’t think the world is in a good state,” he believes, “and I don’t think being a human is that easy. But, I also think that if people were to be more critical of themselves in a constructive way, we might get a little further – that’s something to think about.