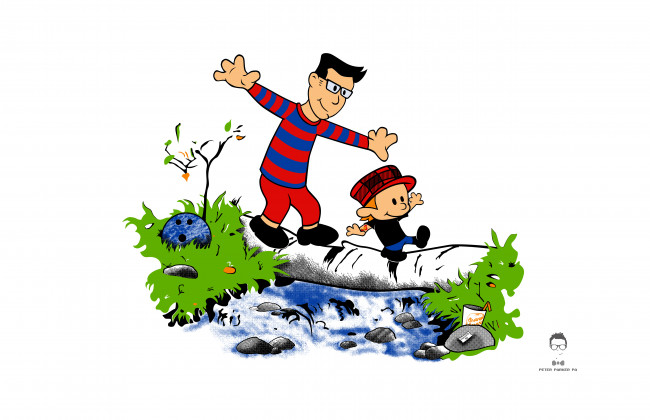 A Scranton pop culture artist has been selected to participate in an art show honoring a 1990s television program at a special event in Chicago, Illinois on Sunday, Oct. 26. 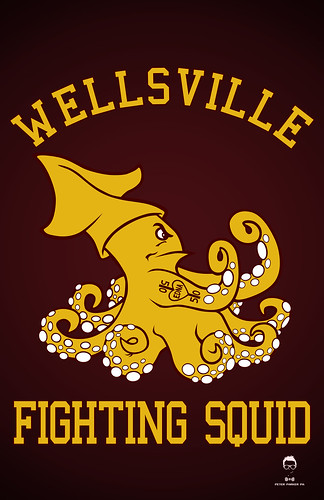 Christopher J. Hughes, a pastiche artist who specializes in computer-generated pop culture mash-ups and crossovers featuring well-known characters, was contacted by Consequence of Sound Art Director Cap Blackard to submit his pieces titled “Little Viking and Strong Man” (shown above) and “Wellsville Fighting Squid” (shown right) for inclusion in a one-night-only art exhibit and sale at Chicago’s Lincoln Hall. The works are an homage to “The Adventures of Pete and Pete,” an offbeat Nickelodeon program that originally aired from 1993-1996 and has since developed a dedicated cult following.

“The Adventure of Pete and Pete” has especially experienced a resurgence in pop culture notoriety thanks to various cast reunions and events held across the country.

The art show will augment the evening at Lincoln Hall by including a live concert by the band Polaris, who created the music for the live-action program, and a recording of the podcast “The Adventures of Danny and Mike,” which stars “Pete and Pete” actors Danny Tamberelli and Michael Marona.

Prints from all artists will be sold at the event through a special website that guests can browse. Artists from across the country were selected for the exhibit so that Consequence of Sound could form “the best ‘Pete and Pete’ art show” possible, Blackard explained to Hughes.

“Little Viking and Strong Man” and “Wellsville Fighting Squid,” along with two other tribute works, were originally created by Hughes for a June 2013 pop culture exhibit held at the former New Visions Studio and Gallery in Scranton. The pieces reimagine the characters Little Pete and Artie, the Strongest Man in the World, in the style of Bill Watterson’s “Calvin and Hobbes” comic strip and the show’s high school mascot as a rough-and-tumble, tattooed cephalopod.

Hughes’ other works, including daily napkin art drawn for his children and additional works-in-progress, can be found at peterparkerpa.com and on his Instagram account. Hughes also contributes to NEPA Scene as a video game reporter and reviewer. 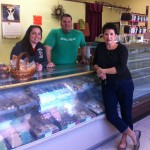 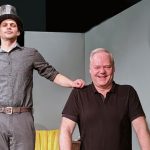 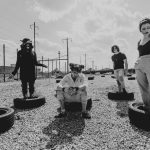