Even if you aren’t into art, you know who he is. How could you forget the pencil-thin mustache, the melting clock, or Adrien Brody’s spot-on performance of the eccentric creative mind in “Midnight in Paris?”

Salvador Dalí is a man whose work made an impact on the arts scene, and it continues to do so today. Misericordia University is bringing such works to campus, including “The Divine Comedy” and “Dalí: The Halsman Photographs” to the Pauly Friedman Art Gallery and “Musings of a Private Collector” to the MacDonald Gallery.

Each exhibit, running Oct. 4-Dec. 10, brings with it a different side of what Dalí is capable of.

“Seeing such a large grouping gives you an insight into just how artistically talented and creative he was in interpreting his subject matter,” said Brian Benedetti, director of the Pauly Friedman Art Gallery.

“The Divine Comedy” is a 40-piece series comprised of colorful woodblock prints that reinterpret Dante’s “Divine Comedy,” an epic poem penned in the 1300s that focused on a vision of afterlife.
“The Halsman Photographs” are a collection that highlights the collaboration between Dalí and photographer Philippe Halsman, through which the artist is photographed in a series of surreal settings, many of which have become iconic. 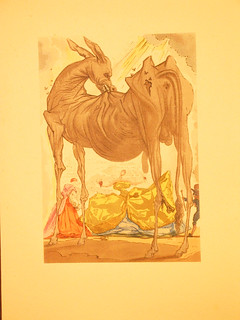 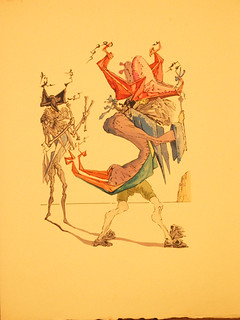 “Musings of a Private Collector” is a mixed-media exhibit comprised of oil paintings, etchings, and prints.

Dalí is known for his contribution to surrealism, a cultural movement and artistic style that uses imagery to create works that, upon viewing, have no real logical comprehensibility. Though his paintings are the most widely viewed and greatest look into who he was as a person, there was more to him than that.

“He was more than an artist,” Benedetti said. “He was also a personality, someone with many interests who was often quoted and covered by the media.” 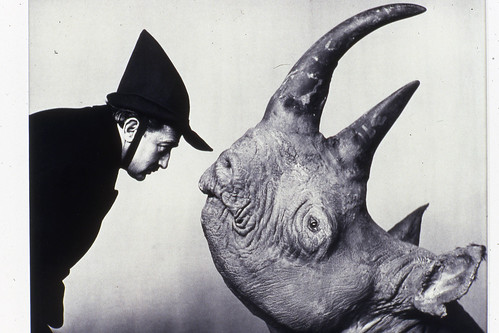 It’s clear that Dalí was a little strange, but do you know some of the odder things about him?