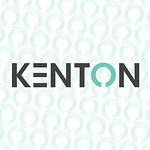 Before I begin this album review, I’m going to take a quick trip down memory lane. I attended my first club when I was 15 years old (yes, NEPA used to have underage clubs), and soon after that, I attended my first party or rave, which baptized me into DJ culture and the world of electronic music.

Those who know and love electronic music and its many sub-genres (that’s right, it’s not all called EDM) know the music is more than just glow sticks, fluorescent paint, and wild outfits, and the real DJ’s job is to do more than stand on stage with their hands in the air. And believe it or not, electronic music was around before the “Jersey Shore” pumped its fist to it. That said, despite multiple clubs shutting down, virtually no venues catering towards underage kids, and the nonsense portrayed in the mainstream media, I was glad to receive an album for review by a young local artist.

I met Ryan Kenton, a 21-year-old DJ and producer living in Dallas, Pennsylvania, a few years ago when my crew Sector One hosted a music workshop focusing on teaching high school and college-age kids the basics of DJing, MCing, and production. I remember two brash teenagers walking through the front doors and claiming they didn’t have to pay the admission charge because they were “invited guests of the organizer.” As I was one of the main organizers of the event, I was a little confused. Nevertheless, we handled the miscommunication and that was my initial introduction to Kenton. Fast-forward to present and I’m happy to see his musical career blossoming in just a few short years, and this album is fine example of his dedication.

Having an interest in music since childhood, Kenton dabbled with a variety of instruments and always had a sweet spot for composition and songwriting. As a drummer, his knack for rhythm landed him the role of DJ for a few friends who rapped, and eventually he began entertaining parties and high school dances. As he became more confident and skilled as a DJ, he soon realized that something was lacking on his musical journey, so he decided to try his hand at production in order to satisfy his initial desire to compose and create original material.

The self-titled “Kenton” is his debut album, released on Sept. 30. Fusing pop and electronic music, Kenton was motivated to create a project that could be played either in the club for the masses or enjoyed solely by the listener on a joyride. He produced the music and enlisted the assistance of a variety of vocalists to compliment the individual tracks. Kenton’s collaborators included hometown talent as well as vocalists from New York City, Nashville, and even as far away as Denmark.

The album starts out strong with “Celebrity” (featuring Sebastian Garcia), and I was quickly hit with some nostalgic memories of dancing all night at my favorite clubs back in the day and could easily imagine hearing this track in a memorable playlist. Hard-hitting and moving, this song definitely piqued my interest in the selections to come and was a great leadoff choice.

The next few songs, including “Shake It,” “Fireball,” and “Thought of You,” are really cool as well, with the latter having particular significance for Kenton because he not only produced the track, but also wrote the lyrics for singer Ryan Kenney.

One of my favorite tracks on the album is “Lift Off.” This badass track is solid and worth multiple listens. Even the next song, “Burnin’ Up,” is a very solid track, and vocalist Shila Mariposa is on point. I love the structure of the song, the buildups and drops are great, and Mariposa delivers lyrically and emotionally.

For the sake of giving an honest and objective review, there were a couple tracks that lost my interest, especially “#IHateMondays,” which I didn’t really care for mainly because it sounded too much like a mainstream song we’d all recognize. I’m from the school of thought that adheres to the unwritten rule: If we have one gimmick/cliché song, then we don’t need another one. I understand the underlying joke, but this song just doesn’t do it for me.

A few other album highlights include “Turn Up,” “Rest of My Life,” and “Where’s the Pizza.” “Turn Up” (featuring Danikus) had some interesting build-ups and drops; not to mention the end of the track gets pretty hype, which is an added bonus. “Where’s the Pizza” is an all-around fun song. I love the energy, and the vocal samples provide humorous commentary by stating that all-too-familiar phrase when friends get together.

Overall, I definitely enjoyed “Kenton,” and I can see a bright future for Ryan Kenton as both a DJ and producer. I think he achieved his goal of creating a fun and entertaining project that can be enjoyed by both partygoers and those simply looking for an energetic album from start to finish.