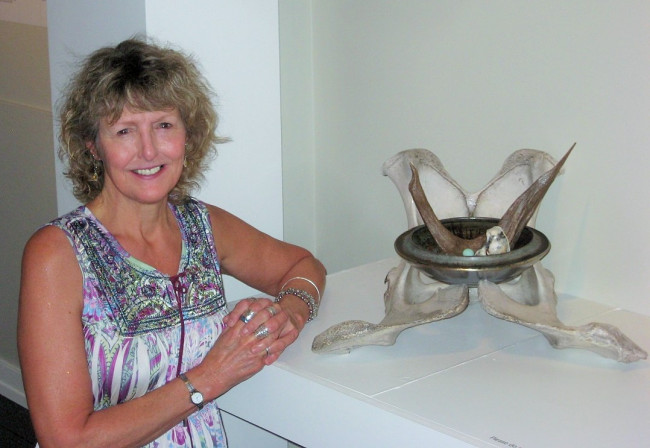 The juried exhibition, “Second Time Around: The Hubcap as Art,” at the Museum of Shenandoah Valley in Winchester, Virginia will be on display through March 2015.

The show features more than 250 pieces of art selected from an original collection of nearly 1100 pieces. The objects were created by participating artists who responded to an invitation issued by the Pennsylvania-based nonprofit LandfillArt Project to turn discarded hubcaps into art.

Keats’ piece, “A Shaman’s Offering,” was created from a hubcap from a Packard One-Twenty (1935-1937) and is comprised of bone, wood, stone, shell, and metal.

“I am exceedingly honored to have my work selected for inclusion in this prestigious and unique art reclamation project,” Keats said.

“The idea of taking a discarded object such as the hubcap and creating a statement of aesthetic merit with the intention to inspire and communicate to others on a global scale is exciting and transforming both to the viewers and the artist participants that are involved with Ken Marquis’s enlightened vision. I feel a union with all the artists who have contributed their creative energy to manifest this visionary project.”

The LandfillArt Project was launched in Pennsylvania in 2008 by arts entrepreneur and environmental advocate Kenneth Marquis, owner of galleries and art supply and frame stores in Scranton and Wilkes-Barre. 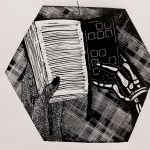 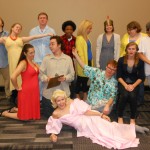