In the 1890s, there were traveling vaudeville shows that went from city to city, performing and singing songs for the public to enjoy. Of course, it’s the 1890s, so the only way for them to hear their favorite songs again is if they play them themselves. A few days after seeing a show, they would go to the music store to buy the sheet music and play it on their piano at home. In that time, sheet music sold just like records and albums today, and the companies that sold the sheet music did very well.

Around the turn of the century, a new invention called the piano roll became available for sale. These were literally rolls of paper with perforations in them that triggered the piano to play a certain key. Just like sheet music, you could go to the music store to buy a roll for a certain song, except this time the piano would play it automatically.

Well, clearly, this didn’t happen. Congress created the Copyright Act to ensure that the publishers of the sheet music received royalties on each piano roll sold. The sheet music and piano roll businesses flourished.

Up to this point, radio had primarily done news broadcasting. Wanting to increase their listener base and noticing the demand for music, they started to bring bands into the studio to perform. The bands would come in and perform a set live on the radio for everyone to hear.

Why would anyone want to buy the sheet music or records when they can hear it for free on the radio? Again, the sheet music and record companies said, “We’re done for. The music business is over.”

Radio proved to be an extremely powerful promotional tool for the record companies, and their sales increased! Fans would hear the music on the radio and decide to own the record.

Let’s fast-forward to 1999, when record sales hit a peak of $14 billion due to a technological innovation known as CDs. This was a new technology where digital music was first introduced. The compact disc provided superior sound, and with some excellent marketing behind it, it caught on like wildfire. The music industry loved CDs because of their sound quality, but more importantly, because of their profit margins. CDs had a markup of more than three times that of a cassette. This new product cost them between $2 and $4 each, which they would then sell for $20.

Record companies were flush with cash – more cash than they had ever seen in the industry.

And then the music industry gods said, “Let there be Napster.”

As we all know, Napster was a peer-to-peer file sharing service that allowed users to download and share music for free. Virtually any song you could think of was on there, and you didn’t have to pay. The file sharing service became so popular that it amassed 70 million users in less than a year.

Record companies saw that this was a pretty big hit to their business and, naturally, freaked out. Once again, they said, “The music business is over.”

Napster was sued by the RIAA and shut down, but this had shown that people wanted to download music. They loved the Sony Walkman and CD player, but they also loved the convenience of music at their fingertips. This is when Steve Jobs stepped in to create the iPod and iTunes. iTunes didn’t have the same markup as CDs, but it turned out to be a pretty good compromise for both record companies and consumers.

Some people say that the music business is dying and that it will end soon. Record sales are declining steadily as mass culture turns to streaming services. I don’t think this is bad for the industry; I just think that we’re in a weird transitional period.

The compact disc created such profits that the decline looks worse than it is. I can see why people would freak out. The truth is that musicians can still make money. It’s just like any other business. When you see one revenue stream isn’t working, you figure out other ways to make money. Live performance revenue is up, vinyl is doing better than anyone expected, and the business will be just fine. 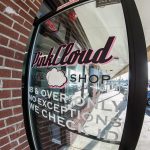 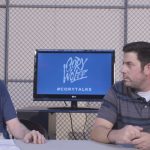