The University of Scranton and Marywood University will co-present a screening and discussion of the Academy Award-winning film “Crouching Tiger, Hidden Dragon” by acclaimed director Ang Lee on Friday, Nov. 14.

The screening will include a brief talk beforehand and an after-film question and answer session with University of Scranton philosophy professors David Black, Ph.D., and Ann A. Pang-White, Ph.D.

A synopsis of the film and a trailer follows:

Two master warriors are faced with their greatest challenge when the treasured Green Destiny sword is stolen. A young aristocrat prepares for an arranged marriage, but soon reveals her superior fighting talents and her deeply romantic past. As each warrior battles for justice, they come face to face with the inescapable enduring power of love and their struggle with social obligation. Set against 19th-century China’s breathtaking landscape, “Crouching Tiger, Hidden Dragon” is the action-packed box office smash from acclaimed director Ang Lee (“Sense and Sensibility,” “Brokeback Mountain,” “Life of Pi”), featuring stunning martial arts choreography by Yuen Wo Ping (“The Matrix”).

The event, which is free of charge and open to the public, begins at 6:45 p.m. at the Swartz Center for Spiritual Life, Room B, at Marywood University (2300 Adams Ave., Scranton).

The film is the second of three films, which will be shown as part of the Ang Lee Film Series, co-presented by the University of Scranton’s Asian Studies Program and the Taiwan Ministry of Culture – Taipei Cultural Center of TECO in New York, in collaboration with the Philosophy Department of Marywood University. The program is supported by special patron Dr. Samuel Yin, a Spotlight Taiwan Grant, and a University of Scranton – Marywood University Collaborative Grant. 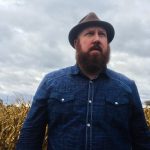 YOU SHOULD BE LISTENING TO: Scranton Americana singer/songwriter Tom Graham