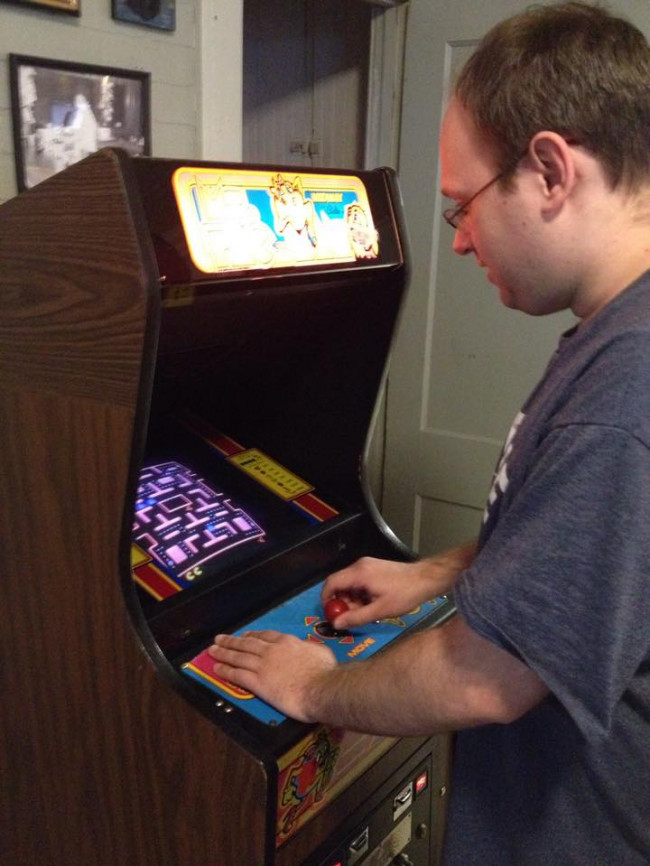 It had been a long time since I had visited Tony’s Pizza (1137 Main St., Peckville), too long for someone who had fallen in love with their amazing pizza when introduced to it by my loving fiancée a few years ago. There’s something about pizza with sauce on top of the cheese that just has to be tried. Seriously, it’s good grub.

On this day, however, there was something else that caught my eye before sitting down for a few slices of plain round. There, standing all by her lonesome, was a “Ms. Pac-Man” arcade cabinet. The sides were of wood panel, but it did have the original designs on the top and on the screen portion of it. If that’s not enough for an arcade purist, the fact that it played for the paltry fee of an extra classic 25 cents was enough to get me over to the cabinet for a few rounds.

It’s been a very long time since I’ve played this title in this manner, so here are my findings as today, well, we’re not really turning to channel 3, but instead, stacking those quarters!

Obviously, all those classic sounds are there to greet you, from Ms. Pac-Man chomping down on some pellets, snagging that power pellet, eating a ghost, and, of course, getting fruits and snacks like cherries, strawberries, and pretzels. The sounds that play during those intermission scenes in between levels are also worth noting; I’ll be talking more about them as we continue on. For me, this was the first step in feeling like it was the days of my youth, begging my father or uncles for quarters while they sat at the bar or scarfing down my food so I could once again beg for quarters so I didn’t have to sit there and listen to that boring adult chatter that I would one day sadly be a part of. Oh, so bittersweet!

During the days when arcades reigned supreme, you needed to do whatever it took to stand out from the crowd, and I think, for me, what always appealed to me about both “Ms. Pac-Man” and her male counterpart were all the bright colors you see on the screen. There’s not a ton of them, but what’s there really draws you in. From the color of the levels themselves to the colors of the ghosts, both as they are and when you’re about to chomp down on one, it is worth mentioning, yet again, how awesome those intermission scenes really are. They’re colorful, and very creative.

I also really liked the attention to detail on things like the fruits and snacks, the pretzel especially, and, of course, Ms. Pac-Man’s iconic bow. In this era, a lot of things you’d see on screen, especially on home consoles, just didn’t look as good as their original arcade ports, and it’s that attention to detail, along with the use of bright, vibrant colors, that really stand the test of time.

It’s worth mentioning, one last time, the importance of those intermissions, because early home console ports of the game, many of which were very poorly done, were also missing that key ingredient to give it that true straight-from-the-arcade flavor.

I will say, it took me a little bit to get used to that joystick, as it seemed I barely had to touch it and Ms. Pac Man was flying all over the level, but once I got the hang of it, I knocked out a few levels and felt pretty accomplished for an old rusty arcade gamer from way back when.

As simplistic as this, and other early arcade games like it are, it’s that simplicity that makes them truly addicting. Had I not had a hot and delicious pizza waiting for me, I probably would have spent a lot longer at that cabinet than I did. I did finish with over 22,000 points though, which isn’t too shabby for a guy who hasn’t played the game in that capacity in over 20 years.

While yes, there were some later ports of the game, like on the Sega Genesis, that were near arcade perfection, nothing beats playing “Ms. Pac-Man” in its original form, on an old cabinet, and for extra flavor, both literally and figuratively, there’s an extra glow of nostalgia if you get to play it in a local pizza parlor that just so happens to deliver the goods when it comes to great pizza!

Tune in next week as we step away from the arcade cabinet and back into the world of home consoles – another blast from the past stepping up to plate, as we Turn to Channel 3! 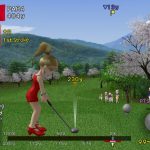 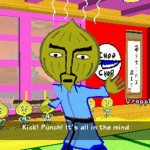 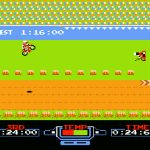