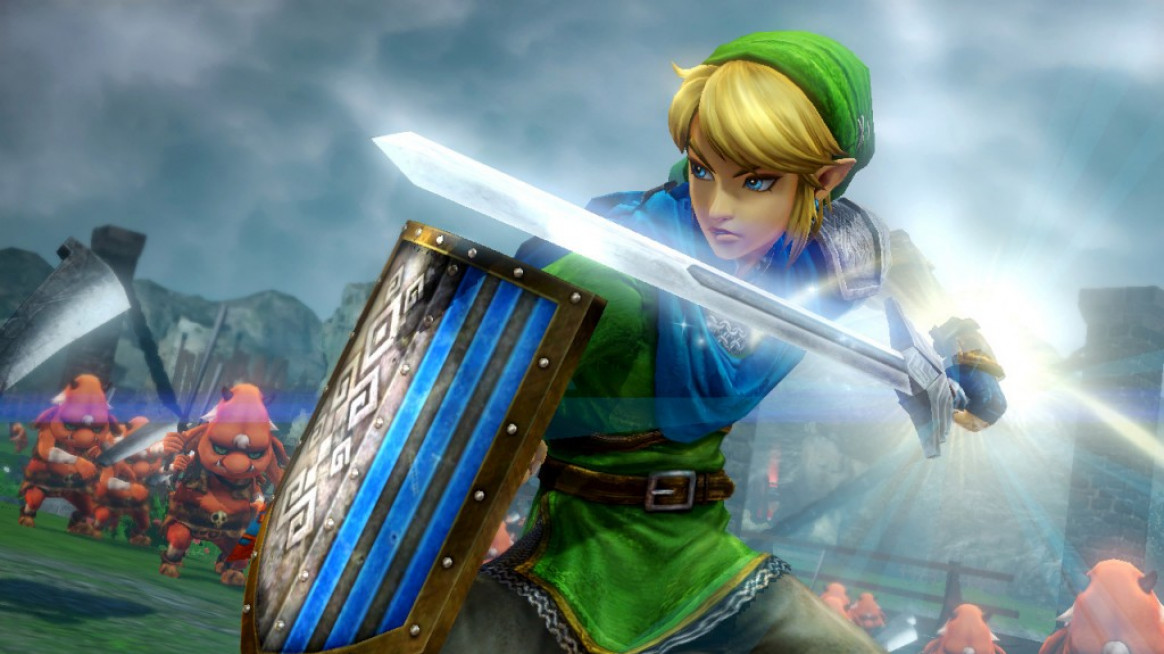 They say admitting you have a problem is the first step to overcoming it.

Well, my name is Chris, and I’m addicted to “Hyrule Warriors.”

Having never played a “Dynasty Warriors” title or spinoff of the popular hack-and-slash franchise before, I can admit that I wasn’t initially drawn to the gameplay displayed in its all Zelda, all the time tribute. I frankly had no intentions of buying the game leading up to its original Sept. 19, 2014 release in the U.S. 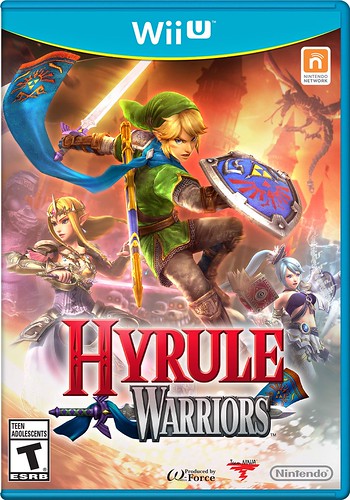 How foolish I was!

One five-minute demo at a local department store had me hooked, and I bought the game in early October. This review would have reached you sooner if I was able to put the controller down long enough to type with both hands.

Having been a fan of Nintendo’s popular “Legend of Zelda” series of games for as long as I can remember, I can say as a fan that the development team at Koei Tecmo has done their homework.

The story is as follows. SPOILERS AHEAD.

Princess Zelda awakes from a dream where a terrible darkness sweeps over Hyrule. In a brief discussion with Impa, the Hyrulian general and longtime caretaker of Zelda, they discuss finding “him” and flash to a green tunic and blue scarf ultimately destined for the reincarnation of the hero who always saves the day.

It turns out Link is a trainee in the Hyrulian army. Zelda observes him closely in the training yard in a not-at-all-subtle moment of foreshadowing. Despite his status as a rookie, he leaps into battle to inevitably discover the true evil that’s working to consume his homeland.

Long story short, an evil sorceress named Cia – who it later turns out is the fully personified evil side of her sister/twin Lana – is stalker-level obsessed with Link’s good spirit. That obsession is capitalized on by Ganondorf, who weasels his way into the darkest corners of her heart in order to have a pawn to summon his spirit back through the Gate of Souls.

To do that, Cia opens portals of time that reach into the eras where “Ocarina of Time,” “Skyward Sword,” and “Twilight Princess” are set to recover Ganondorf’s spirit fragments. The last is sealed in the pedestal that holds the Master Sword so, like many great heroes, Link ends up empowering his arch nemesis when he retrieves it.

One of the most rewarding experiences of “Hyrule Warriors” is the opportunity to play as fellow heroes and some of the best that Hyrule’s rogues gallery has to offer.

I found it odd that no one made as big a deal over the inclusion of so many female playable characters in “Hyrule Warriors,” especially considering the amount of flak Ubisoft took for its comments at E3 2014 about it being too expensive to animate female character models, but I digress.

Each of the heroes and villains come with their own weapons, and defeating mini bosses, outpost captains, and level bosses can net you powered-up versions of your old melee materials. Completing special tasks can unlock what the game calls sealed weapons, which are essentially even more powerful, reskinned versions of your old swords and books of enchantment.

Not a typical romp through Hyrule

“Hyrule Warriors” is not your average quest in the hills of Death Mountain or the depths of Lake Hylia. This is a “Dynasty Warriors” game at its core, with the tunics of Nintendo’s greatest and some decent newcomers placed on the character models.

From the very first level, where rescuing a Goron Captain allows you the chance to enter a mine and open a treasure chest to get bombs, it’s clear that “LoZ” provided the tongue-in-cheek inspiration while “Dynasty Warriors” supplied the game mechanics.

This is the kind of game where a well-timed bomb rolled into a Dodongo’s mouth is replaced by eight simultaneously hurled towards the dino who dislikes smoke. Boss battles are won by button mashing, not with pattern recognition.

Some obvious Zelda tropes remain. Low on health? Cut some grass or break a pot to find hearts. See an awkward crack in a wall? Throw some of those many, many bombs at it and see what you uncover. Unlock a secondary weapon like the bow and arrow in a level during “Legend Mode?” Use it to kill everything in sight.

In addition to the fast-paced action, you learn early on that certain enemies drop specific elements that you can use to upgrade your battle skills. Items like rocks and Dinolfos leather can be swiped from the backs of the earliest mini bosses to increase the length of time your secondary weapons will stay powered up, or add additional special attack meters for individual characters. Level up enough and you might start swearing at the screen as you try to find another one of Link’s boots or Zelda’s brooches to unlock the next tier of upgrades in the badge market.

Grinding against the Gerudo King

Perhaps the game’s most rewarding feature is also its most annoying.

Outside of the aforementioned Legend Mode, which serves to tell the story of “Hyrule Warriors” and unlock the lion’s share of playable characters, the game also serves up a challenging “Adventure Mode.”

With a map and sprites served up in the style of the classic Nintendo Entertainment System “LoZ” overworld, Adventure Mode allows players the chance to unlock more weapons along with the characters of Agitha, Zant, Ruto, and Ghirahim. Every other battler is unlocked through Legend Mode or downloadable content.

Adventure Mode uses additional “LoZ” references to unlock specific weapons. Beating some levels will unlock item cards, which are used to search the map screens for hidden treasure. Rocks in the water are blown up with water bombs, the Goddess Harp reveals enemies in certain squares, and firing ice arrows into rings of fire unlocks the chance to walk away from battle with a new weapon.

This is the most grind-heavy portion of the game. I can no longer count on both hands the number of times my daughter and I have tried to achieve an A rank on a certain square – achievable through a combined kill count of more than 1,200, low finish time, and low damage count – in order to advance to the next square and unlock the Great Fairy as a weapon for Link.

The secondary rewards, like extra materials for those upgrade badges, aren’t as enjoyable after you’ve played a certain mission 15 times.

Tack on top of that the opportunity to pursue additional items in the Rewards Map after completing certain illustrations by finding Gold Skulltulas on the battlefield – another trope taken from “Ocarina” – and you’ll be grinding even more for unlockable costumes like Link’s Zora Tunic.

Cia, the evil sorceress, presented a few needlessly awkward moments during some cutscenes. Some of the pans and tilts across her overly sexualized frame, complete with battle ill-suited for being seen in public let alone battle, had me skipping story elements left and right when I was playing through Legend Mode with my son and daughter in the room. 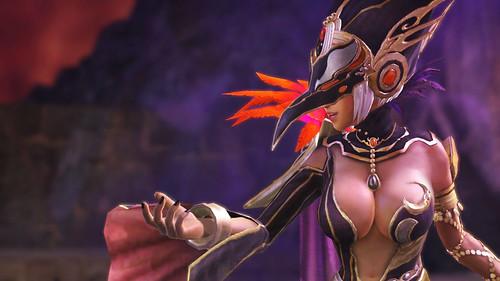 Nintendo didn’t have to play down to a low common denominator by quite literally bursting Cia’s pixels into our living rooms. We have “Bayonetta 2” for that.

Cia out-tramps even the most scantily clad women from “Dynasty Warriors’” history and feels downright out of place along the men and women of Hyrule.

Nintendo announced a series of downloadable content packs, which began with the Master Quest DLC in October, adding costumes for Lana and Cia; Link’s horse, Epona, as a weapon; and a leveled-up version of Adventure Mode through the Master Quest map.

Master Quest missions allow you to unlock even more costumes, but they’re in scenarios that have to be beaten in a certain time limit, without taking damage, or without blocking. So far, it’s an annoying but ignorable portion of the DLC.

November’s “Twilight” DLC will offer a new playable character, a new weapon, another Adventure Mode, and two new costumes. DLC in January will be themed off of “Majora’s Mask,” largely unrepresented here, with two new characters, three costumes, and another Adventure Mode, while February’s “Boss Pack” unveils two new game modes. Buying them all at once saves gamers $7 and unlocks the Dark Link costume, which is worth the price of admission.

A free DLC made Cia, Volga, and Wizzro playable characters and opened up Link’s hilariously oversized 8-bit sword as a weapon.

Personally, I think we need Skull Kid as a playable character and Link’s Fierce Deity getup from “Majora” in that January DLC, but time will tell.

Additional content will be unlockable through amiibo, Nintendo’s answer to figure-based gaming, according to a Nintendo Direct held Nov. 5. All amiibo that are compatible with “Super Smash Bros.” will unlock random materials, rupees, and weapons in “Hyrule Warriors.” So far, Nintendo has revealed that the Link amiibo unlocks the Spinner from “Twilight,” but that’s all we know right now.

So, here’s the TL;DR version.

Should you play it?

Speaking as a Zelda fan who never touched a “Dynasty Warriors” title before, I say yes but prepared to be frustrated. The hack-and-slash gameplay is easy to pick up, but those of us who want to unlock everything will be bothered by endlessly replaying Adventure Mode missions.

Played on: Wii U

Time in game: My Wii U says 43 hours and 24 minutes since Oct. 3. That sounds right, although it’s not calculating additional time to play co-op mode in order to help out my daughter. A fair estimate says I’ve spent 60 hours in game over the last month. The pile of laundry in the corner confirms my guess.

Pro tip: Co-op mode can be a great way to slice through difficult missions, as long as the other player can swing a sword well.