NEPA’s “symphonic nu metal band with a twist,” Last of Nine, has a new music video for “Remnants of Misery,” a song they released earlier this year, that tells the story of a jilted lover moving on with her life.

The video, directed by Larry Rosen of Rosenguez Productions, was shot at J & R Trucking Co. in Pittston and released on Halloween. Singer Mikki St. Pierre’s distinctive purple hairdo she sports in the video and promotional photos was created by Yvonne Lynelle of Dare 2 Be Bare Body Shop in Old Forge.

Listen to more songs from Last of Nine’s first demo CD below: 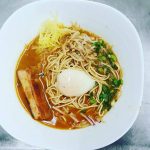