I was working a charity appraisal fair when a woman ran up to my table clutching a small book in a sandwich bag.

“I was told you’re the man to see about old books,” she beamed.

“Then you’re going to love this! It’s a book of poems and short stories by Edgar Allan Poe,” she exclaimed, laying it before me, “and it’s autographed by him!”

I removed the book from the bag and opened it. Inside the cover was some scribbling that looked kind of like “Edgar Allan Poe,” but it may have also said “Eat Apple Pie.” It was hard to tell. I continued on to the title page, which proclaimed a publication date of 1905.

“Ma’am, I hate to disappoint you,” I said, “but this couldn’t have been signed by Poe.”

“Why not?” she asked with wide eyes.

“I don’t understand,” she furrowed her brow.

“Well, ma’am,” I explained, “unless Poe invented a time machine so he could travel to the future and sign anthologies of his own work, he didn’t sign this book.”

She snatched the book off the table, threw it back into the sandwich bag and yelled, “You don’t know what the hell you’re talking about!”

But it’s true: no one can posthumously autograph something.

The following statements are also true. I offer them as a free crash course for anyone who is thinking about becoming a serious collector of objets d’art or a dealer of antiques.

As of December 2014, an electric lamp that’s always been electric cannot be 200 years old. Also, no one owns a 100-year-old television.

A “three-wheeled bicycle” is better known as a tricycle.

There are no legitimate collectibles stamped “Preoccupied Japan.”

You do not have “the very first pressing” of Hitler’s “Mein Kampf” if your edition is in English.

A chair that is missing its back and all of its legs is no longer a chair.

A “coin collection” is not the pocket change you throw into a jar when you get home at the end of the day.

You personally cannot own something longer than you have been alive.

There are absolutely no photographs of the following historical figures:

Those assertions are shocking, I know, not because they reveal information that only an experienced auctioneer such as I would know, but because they stem from actual conversations I’ve had over the years with people just like the woman who thought Poe could autograph something 56 years after he died. The majority of those I meet who are looking to sell stuff shake my hand, thank me, and accept my evaluations without argument. There are some, however, who would rather labor under the yolk of their own presumptions than admit they were wrong for thinking they have a toy automobile from 1776.

There’s nothing I can do about that. 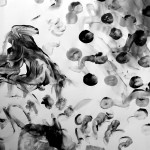