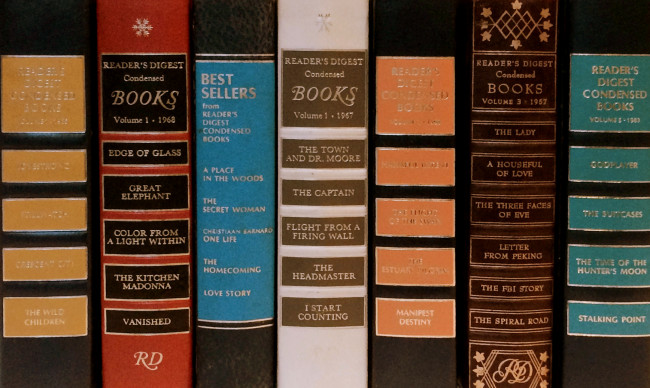 Imagine that you’re a wedding planner and that a lovely young couple with a very large check book appointed you their event coordinator over a year ago. Month upon month, you spent artistically designing every moment of what you’re sure will be the season’s most splendid nuptial. You’ve exhausted every ounce of your creativity and genius. You’ve poured your heart and soul into the planning of this wedding, because you’re sure that upon its execution, you will become the most sought-after matrimonial machinator in the region. This wedding will make your career.

At last, the day comes. You arrive at the church to witness the first stage of your flawless design. The minister waits at the altar. The groom fidgets nervously, flanked by his best man and ushers. The bridesmaids look spectacular.

Suddenly, the church doors burst open and the bride sprints to the altar as her wedding song is played at 10 times the normal speed. The bride and groom wordlessly exchange rings. The minister asks, “Do you?” Bride and groom respond together, “We do.” The happy couple makes a mad dash back down the aisle toward the exit. The doves that were supposed to be released outside take flight within the church. The attending guests are showered with feathers and bird droppings as they hurl unopened boxes of rice into the air. Within seconds, everyone is in their cars peeling out of the parking lot to the reception hall.

Aghast, you follow. When you get to the party, the bride and groom are already dancing their first dance, even as the groom is attempting to remove his new wife’s garter. All seven courses of the dinner are rolled out of the kitchen simultaneously. The guests speed dine as they do the chicken dance. Without fanfare, the 10-tier cake that took days to make is skated out to the bride and groom. Each of them sloppily grabs a piece and pelts each other. Hundreds of flashes go, the centerpieces disappear, and the hall is empty… except for you.

You remain there in the dark. Shaking. Weeping. What the hell happened? All the planning… all the late nights… all the changes… all that work… it was perfect. Well, at least it would have been perfect had it been presented as it was originally conceived. Never in your wildest dreams did you think that anyone could ever take such a masterpiece of a wedding and condense it.

Neither, I’m sure, are any authors genuinely happy about having their novels condensed by Reader’s Digest. We are all familiar with America’s most circulated magazine that imparts stories of optimism and personal triumph. Most of us, I imagine, are also familiar with the magazine’s quarterly anthologies that have been raping literature since 1950. Yes, Reader’s Digest Condensed Books have shown a lot of gall over the decades, taking great works such as “Cry, the Beloved Country” and “To Kill a Mockingbird” and editing them into nothing more than glorified CliffsNotes. They even condensed “A Christmas Carol,” and the unabridged text takes about half an hour to read.

This philistine abomination continues today (though under a different name: Reader’s Digest Select Editions), and I just don’t get it. Reading a condensed book is like watching a movie with reels missing. No, I just don’t get it, and please don’t try to explain it to me. It’s just stupid.

And it’s not just stupid because I say so. Certainly, the ridiculousness of the condensed book is reflected in its aftermarket viability, or lack thereof. On the auction block, the value of a Reader’s Digest Condensed Book/Select Edition is zero… nada… zilch… nil… poo-poo.

Don’t believe me? Do you have any? Go ahead, try to sell them…