Local indie rockers Blinded Passenger stopped by The Stude at TwentyFiveEight Studios in Scranton on Dec. 1 as our guests on the NEPA Scene Podcast, and while they were there, they were kind enough to perform a live acoustic version of “Born Here” from their debut full-length album “The Electric,” which comes out this Friday, Dec. 5 at a CD release show at The Keys.

The album is largely inspired by their hometown of Scranton, and singer/guitarist Patrick McGlynn said this song in particular reflects that theme.

“That song specifically, actually, is kind of about growing up as a musician in the city and just like that passion you have for music when you’re trying to make it,” McGlynn noted during the podcast.

This stripped-down version of the track, recorded exclusively for NEPA Scene in one take, can be viewed in the video above or streamed/downloaded for free below: 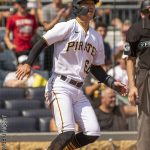