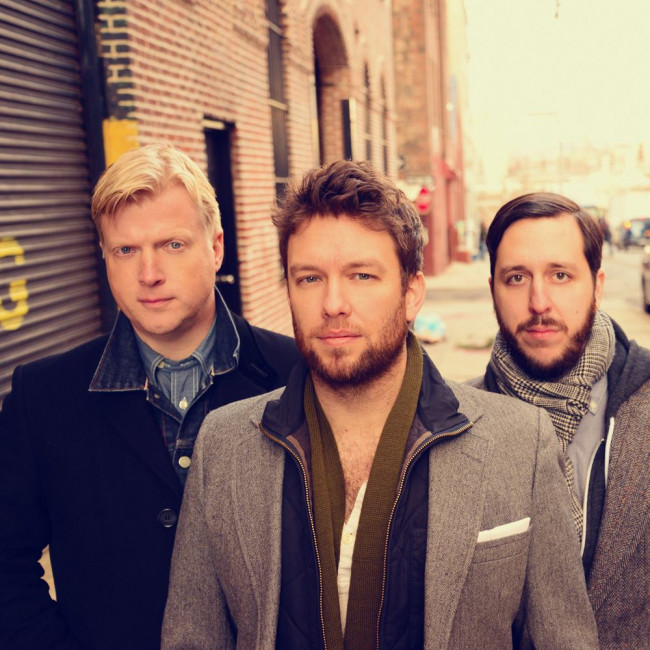 Blending elements of Americana, classic R&B, and traditional country, King Radio is a new voice with an old heart, a band weaving together the authentic, deep roots that define and redefine what it means to write and play American music.

The band – Justin King (vocals, guitar, piano), Mark Kiesinger (bass) and A.J. Jump (drums) – will release its debut album in 2015, but NEPA will hear some of those songs first on Saturday, Dec. 27 at the River Street Jazz Cafe (667 N. River St., Plains). While based in New York, both Jump (Abstract Peoples, Underground Saints, The Five Percent) and Kiesinger (Underground Saints, Mullen, Tom Petty Appreciation Band, Mere Mortals, Bent Blue) are NEPA natives well-known in the area for their previous bands. The after-Christmas show is called “Miracle on 667 River Street” and will also feature Heavy Blonde and Fife & Drom, presented by Highway 81 Revisited.

“Many songs on this record are about or were influenced by my experiences as an embedded photojournalist in Iraq with the U.S. military,” says King.

“I’ve never been a solider, but I have seen what they go through inside and outside the wire, as well as back home. It’s a tricky thing to write about; you have to be careful not to overdramatize; you have to attempt to capture someone else’s experiences as accurately as your own capacity for empathy will allow. Other songs on the record stem from the fallout of a ‘dis-engagement’ from a girl and the year or so afterward that I wasn’t so kind to my body and had some deep reservations about life in general.”

The Brooklyn-based group recorded the debut album with renowned producer and engineer Jim Scott at his Plyrz Studio in Los Angeles. Scott has worked with everyone from Tom Petty, Johnny Cash, the Rolling Stones, Ryan Adams, Grace Potter and the Nocturnals, and Wilco to AC/DC, Red Hot Chili Peppers, Santana, and Dixie Chicks. He was also featured in the 2013 Dave Grohl-directed documentary “Sound City,” which chronicled the famed studio of the same name, where Scott, a six-time Grammy-winning producer, often worked.

“Recording with Jim was a fantastic experience,” recalls Kiesinger.

“His place is wild. You arrive into this massive industrial park, walk through his warehouse door, and now you’re in Disney World for musicians. Jim is a straight shooter. I remember the first day walking in the place, checking stuff out, and he said, ‘I hope you guys plan on recording live. If you’re not, no point in even being here.’ The Sound City way. We had all intentions of recording live, and that we did.”

To understand the present and future of King Radio, it’s important to examine the individual members’ pasts – and how their paths intertwined.

A pre-YouTube video of King playing finger-style acoustic guitar that went viral caught the attention of a manager in Vancouver, British Columbia, who helped King onto stages with the likes of Al Green, James Taylor, Diana Krall, Steve Winwood, and Nickel Creek. After parting ways with his manager, King built Blackberry Hill, a studio in Eugene, Oregon, and started a band called Justin King and The Apologies. The group signed to Epic Records, recorded, then toured for two years. After major turnover at the label, King and The Apologies were left hanging, so they asked, and were granted, permission to leave the label and take the record with them. The band called it quits a year later.

King went on to record a solo album, “Humilitas Occidit Superbiam.” He also embarked on a successful photojournalism career, traveling to Iraq, South Africa, and Haiti to conduct his work, generating photos that were published by the BBC.

“Recommitting myself to music, I moved from Oregon to New York in 2010 and built Vinegar Hill Sound in the Vinegar Hill neighborhood of Brooklyn,” King explains.

“My focus was primarily on engineering/production at the studio, but I began to get phone calls from A.J. Jump asking if he and I could get together and play some music.”

King and Jump initially crossed paths when The Apologies and a band Jump was playing in played a show together.

“We hit it off and became fast friends,” Jump says of King. “That was nine years ago.”

Jump would visit King in Oregon, and the two started playing music together. After King returned from the Middle East and seemingly put his musical aspirations aside, Jump would remind him of the high regard he held for “Humilitas Occidit Superbiam.”

“I told him, ‘You can’t not make music anymore. This album is such a great representation of why you’re supposed to do this,’” Jump shares.

Jump’s sage advice proved to be the push of encouragement King needed to reengage his musical aspirations.

More important, it was the catalyst for the formation of King Radio. It’s a series of events listeners will be thankful for when they hear the remarkable, deeply emotional, and ambitious – but always song-driven – music made by the band.