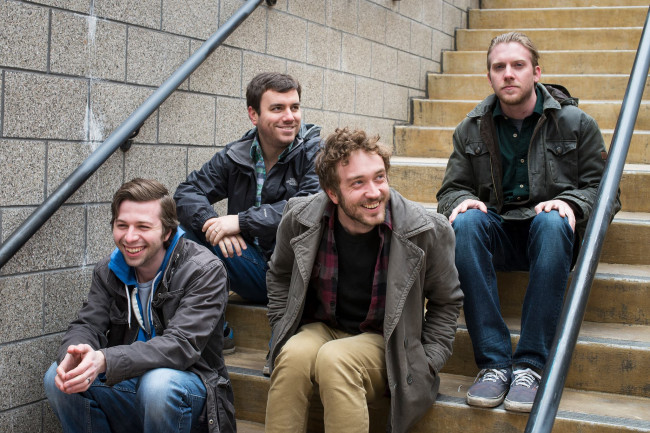 Many local music fans are anticipating for The Menzingers’ annual Holiday Show this weekend, but few are more excited for it than Esta Coda.

The Scranton indie rock band will be one of several opening acts welcoming The Menzingers home that night, including Tigers Jaw; Captain, We’re Sinking; Three Man Cannon; Petal; and The Red Barons, along with the long-awaited reunions of Okay Paddy and The SW!MS.

In anticipation of one their biggest shows to date, Esta Coda has chosen to premiere a brand new song called “Rain” on NEPA Scene, the opening track on their upcoming EP called “Miles Away.”

“We decided to release it first in hopes that it’s comparable to a good ambassador in a foreign land; it seems like a fair representation of the EP’s sound, which, differs a bit from [our debut EP] ‘Kindness,’” the band told NEPA Scene.

“There’s conflict in every relationship, whether it be a significant other, friend, parent, co-worker, or, above all else, with yourself. And, sometimes, you’d rather forfeit to the company of bad weather than fight for resolution. This isn’t meant to suggest that’s healthy; it’s human.”

The song was mixed by Mike Watts at VuDu Studios in Port Jefferson, New York, and Esta Coda is wrapping up “Miles Away” for release in the first half of 2015.

The Holiday Show will be held this Saturday, Dec. 20 at 5 p.m. at The Leonard (335-339 Adams Ave., Scranton). Tickets can be purchased on Brown Paper Tickets, and all proceeds will benefit youth arts programs in Scranton.