Before we go any further, please consider the following question:

What do you want in life?

What do you truly want?

So if you haven’t done so already, please ask yourself, “What do I want?”

As a coach, I have the opportunity to talk with many people, and I always learn some fascinating details about their lives, hopes, dreams, passions, and personal aspects that mean the most to them. Whether it’s a professional coaching session or a friendly discussion at a nearby café, I’m interested to discover what people want in their lives and for themselves. And not only what they want, but also what it is that they truly want in life, and especially what they are doing to achieve their goal.

As a former therapist, I’ve known this to be true for some time, and it was reaffirmed and cemented having attended some wonderful trainings with the Tad James Co. school of NLP (Neuro-Linguistic Programming). How is it that some people can create wonderful change and live a more fulfilling life, or set monumental goals for themselves and achieve them in a seemingly effortless way?

On the contrary, how is it that some people can boldly announce, “I’ve had enough! I’m going to make a change!” yet they have great difficulty in attaining their desired outcome and a new way of living?

Now please consider this idea. There is a difference between someone who wants to change/achieve a goal and someone who wants to want to change/achieve a goal. In the former, the individual knows what it is that they truly want and they are motivated to achieve their goal. Regardless of whether or not the entire path has been clearly defined, the person has decided to take action and is moving towards the successful completion of the goal they set.

You may not know the coursework or assignments on the syllabus during your freshman year, and you certainly have no idea what courses will be needed in the following years, but your goal is to attain that desired college degree, so you choose to align yourself in the manner necessary.

On the contrary, someone who wants to want to change is willing to play the game within limits, and their level of commitment is conditional.

“I don’t have a social life or personal time to do the things that I want to do. I wish I had a job that gave me more free time. If I had free time, then I could rewrite my résumé and look for a new job, but I don’t have the time right now to really focus on me.”

Do you see the difference between the person who is truly committed to the goal and is willing to do whatever is necessary to reach the end verses the person who only wants to change if it’s convenient?

I think it’s important to connect with the audience, to avoid any misconception that I’m attempting to speak from the mountaintop, so I’ll share two personal instances to explain my point.

About two years ago, I knew I wanted a change in my life, but I didn’t know what I wanted, so I clearly had no idea how I was going to get it. I remembered a conversation that I had with a dear friend a few months prior and she suggested that I use my psychology degree to pursue a career as a life coach. This idea finally began to resonate with me, so I called her up and inquired about the training program she had gone through and expressed my interest.

At this point, I really only had her recommendation and personal assurance that this training would be life-changing. In the 10+ years of our friendship, she has been like a sister to me, so that’s all I needed to hear. I enrolled in the program, and a few days later, I received the coursework, books, and training manual to begin my studies before attending the training itself. I’d be lying if I said that I had my goal completely mapped out from start to finish. However, I set my goal and decided that I would do everything possible to complete the training and begin a new chapter in my life by becoming a coach and starting my own business.

Now I’ll provide an example of how I only want to want something. And just to have some fun, let’s make it an interesting story of personal interest to me – something that has been a major part of my life for years!

I love “Star Wars,” and I couldn’t be more excited for the release of “Star Wars: Episode VII” next year. I’ve also always had an interest in acting or performing in general, and it would be an experience of a lifetime to have a role in a “Star Wars” film.

While I’m strong in the Force regarding my love and knowledge of the “Star Wars” universe, my résumé is limited to a few plays in high school and college and absolutely no film experience whatsoever. I don’t have an agent, nor am I active in my local independent film community. So even though in my heart of hearts I know that I would be an amazing Jedi Knight, unless I win a contest or run into George Lucas on the street and perform a Jedi mind trick, I think it’s unfortunately safe to say that my chances of being in the film are slim.

Back to the point and to conclude this piece. I believe all people have the power to create the most wonderful life for themselves, whether changing work, goal setting, or any other topic on a limitless list of possibilities. We all have the same 24 hours in a day. We all have the same opportunities in life. The universe doesn’t grant special privilege to someone over another.

In the beginning of this post, I asked you to ask yourself what you wanted. So let’s do this exercise again. Ask yourself, “What do I want?” and “What am I willing to do in order to get it?!” 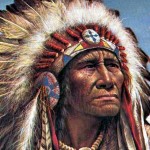 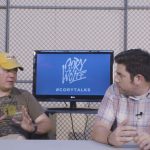