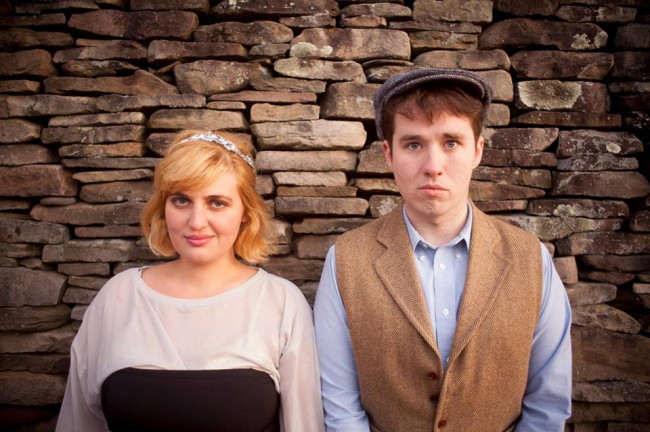 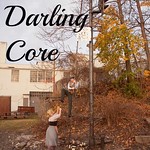 “The Darling Core” is a title that is both unusual and intriguing, which is also a fair description of what transpires over the next hour.

It’s best not to enter this original one-act play knowing too much about it other than its basic premise – Adam and Lilith are a vaudeville duo called the Darling Core who only seem to be successful at getting on each other’s nerves. Night after night, in city after city, the couple performs to dwindling audiences and argues after every show, revealing their passions, vices, and storied past.

Written and performed by Simone Daniel and Conor O’Brien, “The Darling Core” ran from Nov. 22-30 at the Olde Brick Theatre in Scranton and was originally produced for the 2014 Pittsburgh Fringe Festival, where O’Brien earned the Best Actor award. It was easy to see why in these encore performances – if his intensely sarcastic delivery doesn’t grab audiences, his subtle disdain in every eye roll, hand gesture, and dismissive glance towards his partner in crime will. Even when Adam stares off into the distance while barely uttering a word, one can almost hear the thoughts running through his head, perhaps reliving better times or simply attempting to drown it all out with alcohol and a failing theatrical career.

That isn’t to say that Daniel isn’t deserving of praise for her portrayal of Lilith – she’s just as funny, particularly when the blunt truth slips past her innocent public face. Her voice fits the old-timey music well, and singing the same song a capella several times isn’t easy. This seemingly sweet girl’s attitude goes from amusing to jaw-dropping when her past is recalled later in the show. 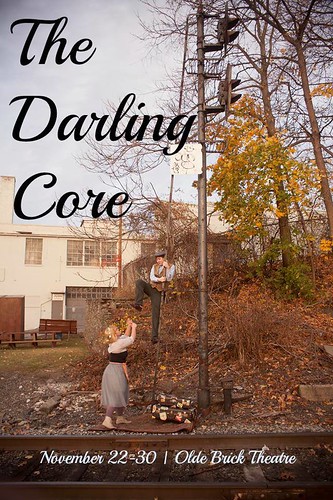 The actors’ experience playing off each other shows, and the chemistry feels real enough that their fights can, at times, be discomforting, creating the same air of thick tension in the room that a child experiences when mom and dad get into it during a family dinner. This could be off-putting to some people, but “The Darling Core” is certainly not made for everyday audiences, which becomes clear as the plot develops.

It requires a bit of patience in the sense that it doesn’t play all its cards at once. In fact, the game changes slowly as lines that appear confusing or out of place at first add up to a bigger picture, revealing that the play is about much more than just a bitter couple who are sick of performing the same old act. In an age where movies spell out every last detail before and after the big reveal, it’s refreshing to see a show that takes its time and respects its audience enough to follow along and fill in the blanks in the overall narrative. A forward in the program handed out before the show spells this out more, so hopefully that will be adjusted before future performances and saved for Q&A sessions afterwards.

The reveal also adds an unexpected layer of depth that is as irreverent as it is philosophical, giving independent theatergoers something more to sink their teeth into. That’s why this production, directed locally by Maggie O’Brien with technical direction by Casey Tomas, is heading to New York City in 2015 for a four-week run, so O’Brien and Daniel, who make up The Electric Residents, started an Indiegogo crowdfunding campaign to defray the costs that ends in two days.

As they state in the campaign video, no amount is too big or too small to donate, so hopefully they’ll receive some last-minute support for this darling little play. It’s not every day that a gutsy show like this passes through town, and it’s unlikely that it will again.

Note: Ratings on all album, movie, and theatre reviews are based on a scale of 1-5.