VIDEO: ‘Terminator: Genisys’ trailer travels back to the past for the future of the franchise

He said he’d be back, and Arnold Schwarzenegger certainly is, reprising his iconic role as a Terminator robot in “Terminator: Genisys,” the fifth movie in the blockbuster sci-fi franchise. The first official trailer released today gives fans their first good look at the now 67-year-old back in action, as well as a younger Sarah Connor and a new T-1000 (Lee Byung-hun).

Messing with the timeline yet again, this film delves back into the events of the original movie, when Kyle Reese (Jason Clarke) first travels back in time to protect Sarah Connor (Emilia Clarke). He finds that she doesn’t need his help, however, as she’s been raised by a Terminator robot programmed to protect her, a clear nod to the second film. Just as “X-Men: Days of Future Past” was able to reset that series in hopes of starting fresh, “Terminator: Genisys” looks to do the same.

For comparison’s sake, watch the trailers for the past four films below: 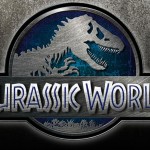 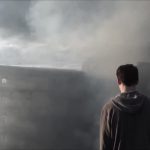