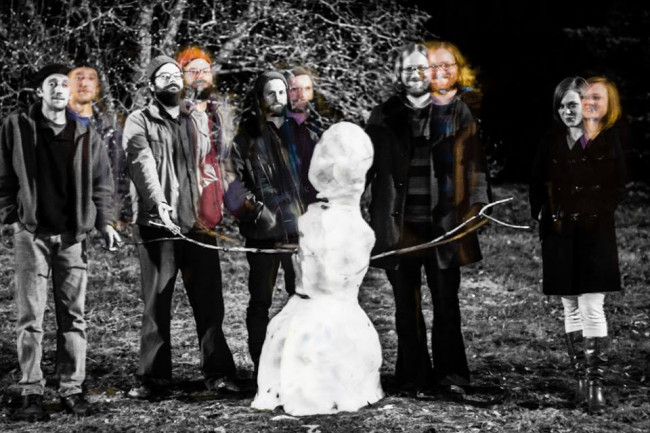 At this point in their musical career, for Cherokee Red, the world is indeed their oyster.

Just returning from a successful three-week East Coast tour, the dream-pop band is back home in Wilkes-Barre for a set of concerts that includes the River Street Jazz Cafe in Plains tonight with DJ Big Nate and a special all-ages show with indie folk act Lewis & Clarke at the AfA Gallery in Scranton next week.

Charles Davis (guitar/keys/vocals) and Dirk Dekker (guitar/bass/drums) took a few minutes to talk to NEPA Scene about what goes into their eerie folk sound, releasing their new EP, “The World Is My Oyster, You’re The Pearl,” on an old format, and playing with fellow Pennsylvanian Lou Rogai. 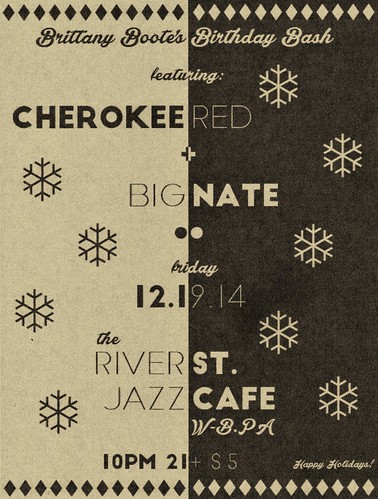 NEPA SCENE: How did your East Coast tour go? Does any particular show stand out from the others?

CHEROKEE RED: The whole tour was amazing. We had a great time with many new and interesting friends, as well as old and dear ones. There are many interesting cities out there, big ones and little ones, close by, like Ithaca, New York, or a day’s drive, like Asheville North Carolina. Burlington, Vermont, though we technically played Winooski (located right over a small bridge from downtown Burlington), was particularly splendid. Lake Champlain is gorgeous, the way it connects right to the downtown, and besides having some great friends in the area, the music fans there are terrific.

NS: Was your last hometown show in October at The Other Side in Wilkes-Barre?

CR: Yes. Stas Marchak, who runs The Other Side, is an excellent guy and top-notch at what he does. We have a genuine fondness for everything he’s involved in and love what his place contributes to the area. The last show there was excellent, as we got a chance to have many of the other area groups we enjoy so much play with us: Big Nate, Eww Yaboo, Mock Sun, and Harlot, which now also includes the incredible, aforementioned Stas Marchak.

NS: What was it like playing the Peach Music Festival earlier this year? Was that a much different vibe than you were used to, as compared to smaller venues?

CR: It was a great honor to be asked to play, with all the exceptional artists involved. As an open-stage, outdoor show, it’s definitely a unique type of environment, but it’s always great to play in the sun.

NS: On your website, you explain the importance of the A=432Hz frequency to the band. How and why did that become an integral part of your music?

CR: After reading about the concept of A=432Hz and the benefits of changing from A=440Hz, we were all into the idea of experimenting with it. We’ve been using 432 exclusively for more than a year now, and it really brings out harmonic warmth – the overtones of chords. It’s a bit mellower as well, and for both reasons it’s become a comfortable fit for all of us.

NS: Your sound really seems to envelop the room and create a particular atmosphere. Is that also an important part of the band, and how do audiences typically receive that?

CR: Thank you. That makes us happy to hear you feel that way. The band is extremely textural; each member has a distinctive voice, so we just try to structure and layer our material in a way that gives everyone room to express themselves. Audiences have been attentive, perhaps relating to the uniqueness of the individuals of Cherokee Red; there could be something intriguing for a diverse group of tastes.

NS: How do you feel the band has developed since you formed in 2011?

CR: The group has evolved significantly over the last few years. Instrumentation changes have created an edgier, psychedelic sound at times, yet our music has always spanned different styles, and our creative approach is still the same. We’re essentially a group of artists, multi-instrumentalists, and songwriters who are interested in creating experimental, timeless music.

NS: Your newest EP, “The World Is My Oyster, You’re The Pearl,” is available on cassette. Do you personally have an affinity for cassettes or was this just something cool to do?

CR: We have a definite affinity to analog in general, and cassettes are essentially a portable analog means of listening. You can take them in the car, on a walk, or a bike ride, and they come with a download code, so it encompasses in the digital world. Essentially, there is a tangible and affordable unit involved for a listener to enjoy, rather than just simply a CD.

NS: Can you tell us a bit about the song and the B-side on that EP?

CR: We record, mix, and master DIY via our bandmate Dirk Dekker, plus some help from a few close friends. We recently recorded some new material, about five or six songs, and having wanted to release a cassette like this, we felt those were the most complimentary to the idea. “The World Is My Oyster” is a fantastic song, by our Brittany [Thomas (vocals/guitar/drums)], so we knew immediately we wanted to put focus on it, and “Far From It,” a song of Charles’, felt like a very complimentary bookend. 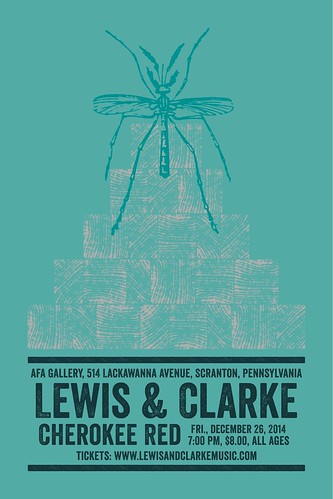 NS: You seem very excited to be sharing the stage with Lewis & Clarke. How did this show end up coming together?

CR: We are all fans of Lewis & Clarke, and we knew they were a band we’d really love to play with. When we reached out to them, we definitely found ourselves on similar wavelengths; Lou Rogai asked us to play this show he was putting together at The AfA Gallery, and it fit exactly with what we were looking to do.

NS: What makes you a fan of Lou Rogai’s music?

CR: There are a great many aspects, but Lou’s songs, and Lewis & Clarke as a band, are extremely powerful. It’s genuine, heartfelt, and well thought-out. And live, it involves an impressive performance by terrific musicians.

NS: What does the band have planned for this show at the AfA Gallery?

CR: We are doing much of the set we’ve been touring with, but in an intimate manner.

NS: How do you feel Lewis & Clarke and Cherokee Red will fit together?

CR: Both bands have compositions with a great deal of depth, requiring listeners to involve themselves on a heavy level, so it seems like we will complement one another nicely.

NS: You have some dates coming up in New York and Philly. What else do you have planned for the near future?

CR: On Dec. 19, we are playing the River St. Jazz Cafe, along with our good friend, the always wonderful vinyl DJ, Big Nate. It is going to be post-Cabinet at the Kirby Center show, and for its part, a celebration of the lovely [photographer] Ms. Brittany Boote’s birthday.

Then 2015 is also already looking busy, with a show on Jan. 9 at Triumph Brewery in New Hope, Pennsylvania – another full night of Cherokee Red.