For the past six year, partners Chris Ventura and Joe Caviston have released an exclusive t-shirt design for Scranton’s St. Patrick’s Parade, the second largest St. Patrick’s Day parade in the country. The shirt generally revolves around pop culture, with Macklemore and Miley Cyrus-themed shirts being featured in 2013 and 2014. This year’s shirt features a nod to FX TV series “Sons of Anarchy,” with apparel Jax Teller would be proud to sport on Parade Day. 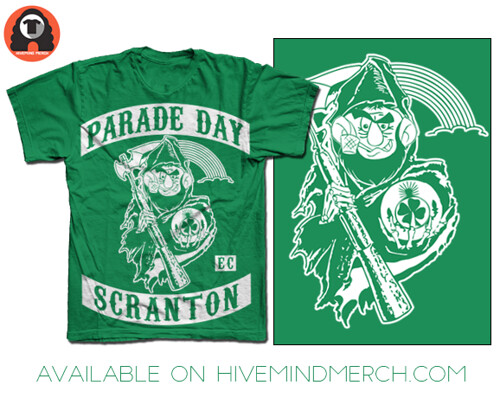 The parade is set for Saturday, March 14 this year.

2015 has also seen the duo spread their t-shirt to Philadelphia’s Erin Express, Savannah’s Parade Day, and Binghamton’s Parade Day. Hooded sweatshirts and long sleeve t-shirts will also be available for the first time this year. The shirts can be purchased now at paradedaymerch.com.

As in previous years, sponsorship is available on the back the shirt, but spaces are limited. If your business is interested in advertising on this year’s shirt, contact paradedaymerch@gmail.com. 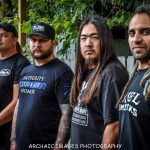