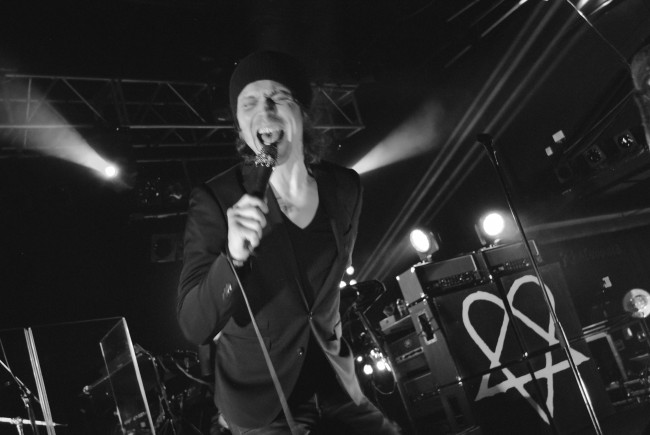 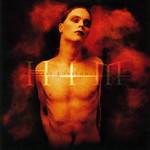 This reviewer has been a fan of Finnish metal band HIM since the early 2000s. Whether it was their dark metal styling, their lyricism, or the Shakespearean-like sensibility of tragic romanticism in those lyrics, it struck something in this listener. And the fact that HIM has been around since 1991 (with their first full-length album released in 1997), it wasn’t a singular experience. Their longevity says volumes to the band’s drive as well as their fan base.

Late last year, HIM decided to release a vinyl box set entitled “Lashes to Ashes, Lust to Dust: A Vinyl Retrospective ’96-’03.” It doesn’t quite roll off the tongue, but this box set includes remastered versions of their first four albums, bonus tracks, and their first EP, “666 Ways to Love: Prologue,” on vinyl only (which was never released in the U.S.). This will be the first review in their retrospective, hoping to convey the differences (if there are any) between the originals and the remastered releases, give an opinion on the bonus tracks and if they bring anything new to the releases, and, in the final review, the unboxing and review of their EP (because, yes – it was pre-ordered without hesitation). And now, without further ado…

“Greatest Love Songs Vol. 666” was originally released back in 1997 and is the perfect entrance into the themes that HIM has been featuring and singing about for years to come – the darker side of love. The album opens up with “For You (Intro),” starting things off with a low-keyed guitar introduction from Mikko “Linde” Lindestrom before the full band follows suit, albeit continuing the slower tempo, with marching drums via Juhana Tuomas “Patka” Rantala (the original drummer) and driving bass lines from Mikko “Mige” Paananen. Ville Valo’s vocals enter, crooning to the listener, proclaiming “there’s 666 ways” he loves you and that he’s “for you.” With those lines, “love metal” was born.

The second track, “Your Sweet Six Six Six,” speeds things up remarkably. This track has up-tempoed driving guitars from Linde, but adds some great keyboard work from Antto Melasniemi (the band’s original keyboardist). The next track is a cover of Chris Isaak’s “Wicked Games.” There is a noticeable heavy crunch in this version from the original due to Linde, Mige, and Patka’s instruments. Linde’s guitar has an amazing classic metal sound to it. Mige’s bass work is as heavy-handed, in the best way possible, and Patka’s drums thunder in the background while Ville’s vocals do Isaak proud as his pain and anguish are clearly on display.

“The Heartless” calms things down slightly, but not by much. This track is slower, but just slightly, with keyboards playing more of a standout role than previously. But then in the breakdown you have the attitude ramped up by Linde and Patka, and then back down it goes. That is actually the vibe of the entire album. HIM makes listeners run the gamut of emotions and energy. They bring them up one moment, allow them to relax the next, bring them down further with a dark ballad (as in “Our Diabolikal Rapture”), and then – BOOM – the listener is brought back up with another high amplitude metal track, like “It’s All Tears (Drown in This Love).”

One of the best tracks on the album is the beautiful ballad “When Love and Death Embrace.” Antto’s keyboards and Linde’s guitar are the perfect accompaniment to the weight of the lyrics. The keyboards are definitely the highlight of the track, second only to Ville’s emotional plea to the one he is addressing. Notice how it is not “the listener.” As with any piece of poetry, you have a speaker and listener, and that is no different here. He is opening his heart, pouring out every drop of soul left in there for the listener, and it comes across as one of the most beautiful tracks on this album and, quite possibly, any HIM album to come.

The last track on the album proper (more on that in a little bit) is an amazing, low-tempo cover of Blue Oyster Cult’s “(Don’t Fear) The Reaper.” It is that perfect mix of dark metal and ballad that HIM weaves together oh so well. The dueling vocals of Ville and Sanna June-Hyde change the dynamic of the song from Blue Oyster Cult’s original message to that of a tragic, yet beautiful love song. It is just hard enough to keep it from going full-ballad, which is an amazing feat.

The original studio release would have ended there (sort of). With this version, however, several bonus tracks were included in the mix. Various live versions of songs from this album were also made available. The live version of “Your Sweet Six Six Six” is great, and more in line with what was heard later on “Razorblade Romance.” The live version of “It’s All Tears” is really interesting, and the same goes for the live version of “For You” as well. Recorded during the same session, these songs feature soft guitar, softer drums, no bass, and a great dose of keyboards; they end up feeling like entirely different tracks. The only bonus song that isn’t a different version of a song already on this album is “Stigmata Diaboli” (recorded at Caribia TKU MMII). A great track in and of itself off “Razorblade Romance,” being able to hear it live is an amazing experience; however, the way it fades out is terrible. You can tell the band was leading into “Right Here in Your Arms,” and to just cut it off there seems like a terrible idea without including that track afterwards.

This reviewer does feel the need to state that the proper version of “Greatest Love Songs Vol. 666” (sans the bonus tracks) is not the version he originally heard. That track list featured “For You” as the “not so” final track, and that is important to note. After “For You,” there is a secret track if you let the album continue to play. Once the track counter reached 66, and the 6th minute was obtained of that track (get it… 666), the listener is treated to a dark instrumental track that brings that version of the album to a close at a grand total runtime of 66 minutes and 6 seconds. Unfortunately, in this version, the whole motif of 666 was omitted entirely. Whatever the reason for its omission, the final instrumental track would still have been a nice wink and nod to that original 666 version; it is just a missed opportunity. That having been said, that being the only major complaint to note in this version says a lot.

The album sounds great. “For You,” as an intro, works great as a lead-in to the rest of the album. And, most importantly, HIM sounds as amazing as ever. These new, remastered releases will allow the newer generation of HIM fans, who may not have had the chance to purchase (or even listen to) these albums, the opportunity to get their hands on them. It will also give those diehard fans, who have been listening to them for decades, the opening to replace those old scratched CD or grab the longer-lasting vinyl versions for their collection. If their first album sounds this good, we cannot wait to hear what HIM’s other offerings will sounds like.