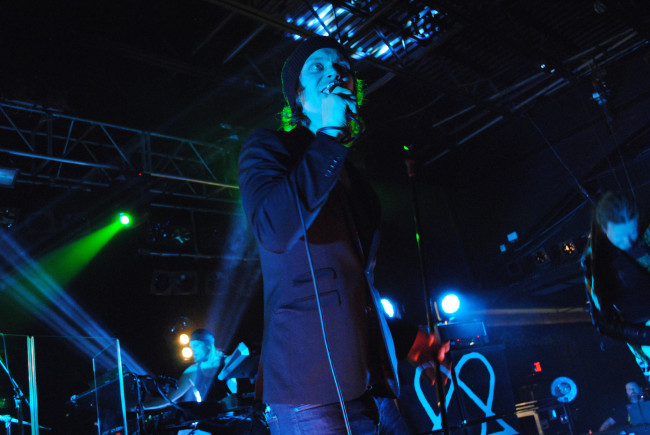 The ultimate display of one’s fandom to any musician is to attend a live performance. It is at that point, while in an ocean of people, one can feel a connection to the artist on stage. Unfortunately, some concerts do not always live up to the hype. Shoddy vocals, a half-assed stage presence, and an air of arrogance towards those in the crowd can shatter one’s image of a band forever. Hell, some bands are just so overproduced that they just may suck live. Luckily, there is one band who brings their A-game to every performance they play, night in and night out – HIM.

On Thursday, Dec. 11, HIM brought their “Love Metal Archives Tour” to Sayreville, New Jersey, and the Starland Ballroom played host to a live performance of epic proportions. Joining HIM on the tour were Wounds, a metal quartet out of Dublin, Ireland, and Motionless In White, a gothic metal band hailing from Scranton. This is a recounting of that faithful night.

Wounds kicked things off with a raucous start, bringing their distinct brand of high-energy hardcore metal sound. They added equal parts angst and rage, mixing that with a slight gothic undertone, which lent itself perfectly to the overall atmosphere of the show. 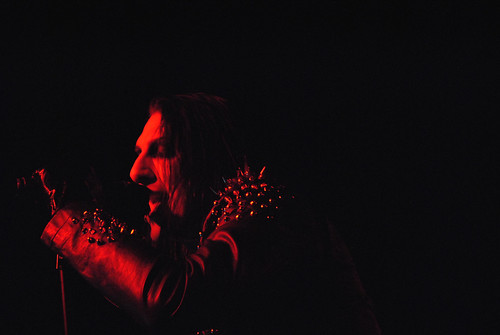 Motionless In White was the second band in the lineup, and the crowd may have been just as excited to see them as they were the headliners. Their heavily stylized stage presence had the audience eating right out of their hands. MIW’s vocals were a mix of energetic, melodic leading vocals and darker, heavier backing vocals. While Chris “Motionless” Cerulli crooned to the adoring fans, Devin “Ghost” Sola evoked the suffering from all nine circles of hell. It worked exceedingly well for them and the type of music they play. And boy, can they play. Their powerful, driving musicianship brought the crowd to insane heights, getting everyone primed and ready for HIM. 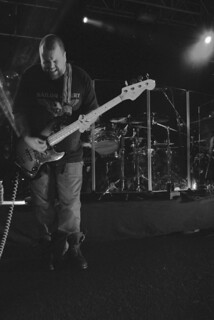 HIM took the stage, manned their instruments, and began a blistering set which spanned their entire discography. They started with the mid-tempo song “The Sacrament.” The keyboard introduction provided by Burton (Jaane Puurtinen) slowly grew and led way to Ville Valo’s incredible vocals. From there, they moved into “Razorblade Kiss,” featuring one of the best guitar solos off any track by Linde (Mikko Lindstrom), and “Pretending,” which led immediately into “Right Here in My Arms.” Mige’s (Mikko Paananen) bass and Gas Lipstick’s (Mika Karppipen) drums thundered throughout the venue during those three blazing tracks. There were no introductions made, and none were needed. There wasn’t a soul in the Starland who did not know who was dazzling them with that signature mix of romantic and Shakespearean tragedy-laced metal.

“Fortress of Tears” allowed everyone in the crowd to catch their breath before HIM ramped up the energy with “Your Sweet Six Six Six.” Interestingly enough, Ville sang the breakdown as it was originally recorded on their debut album, a reference which was not missed by diehard fans or this reviewer. Their Chris Isaak cover of “Wicked Games” gave the band an opportunity to take a breather as well when Mige and Burton (bass and keyboards, respectively) began riffing together. What they did together was absolutely amazing, and actually felt like something The Doors would often do; it didn’t feel out of place, like when jam bands go off on tangents. It felt organic and was definitely a standout moment of the show (but not the moment. That will be covered, don’t you worry.). The mellow vibe continued with “Gone with the Sin,” but did not last for long. 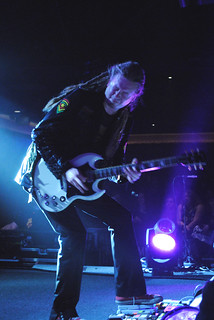 HIM kicked it into overdrive with “Soul on Fire” – a great song in and of itself, but the standout of the track is Mige and his bass. His part is relentless, and everyone in the crowd could tell that he was loving every moment of it. “Heartache Every Moment” continued the ebb and flow of the tempo changes of their set, but just as before, there was not much downtime as Gas’ count-off rocketed “Buried Alive by Love” into the stratosphere. For those following along, that is 11 songs without any bullshit or pretense, and it was all from their early catalogue. They did not ignore their more recent releases, however; at least one song from every album was performed.

“Rip Out the Wings of a Butterfly,” “The Kiss of Dawn,” “In Joy and Sorrow,” and “Poison Girl” continued the pacing of the crowd. HIM had not stopped for anything during the night. There were no breaks between songs hidden within witty banter, which was somewhat refreshing. They acknowledged that the audience was a great crowd without pandering to them. To be fair, this late into their set list, one could see that they were getting tired. Then again, who wouldn’t be?

“Killing Loneliness” was a welcome song to hear; it was nice that they revisited another track from their “Dark Light” album. “No Love,” off their most recent album, “Tears on Tape,” was the last fast-tempoed song on their set-list. They closed out their set with “Join Me in Death” and “When Love and Death Embrace,” promptly leaving the stage to the adoration of those in attendance. 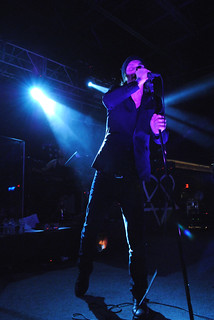 The ravenous crowd chanted for “one more song.” They were generous, clearly. I mean, if one is going to ask something like that, why limit yourself to hearing just one? Why not three, or five songs? Be a little greedy for Christ’s sake! In any event, HIM ran through a gamut of songs off every album. They played all their hits from over two decades recording music. If they were going to perform “one more song,” it needed to be something special – something that isn’t performed live all that often. It would have to be a song that would cap the night off with a “holy shit” moment.

When Ville and the gang retook the stage for their encore, they ended their catalog-spanning show with their cover of Billy Idol’s “Rebel Yell.” That, dear reader, was the standout, “holy shit” moment of the night! When Linde picked up his guitar and began playing those legendary chords, the crowd erupted in cheers and screams. Their version pays the original much respect, while giving it the personal touch every good cover should have. Needless to say, Mr. Idol should be proud.

At the conclusion of the song, they made their exit yet again. It was easy to see that those in attendance could have, and would have, enjoyed “more more more” from the Finnish metal stars – such a fitting end to an amazing show, satiating the audience for the night. 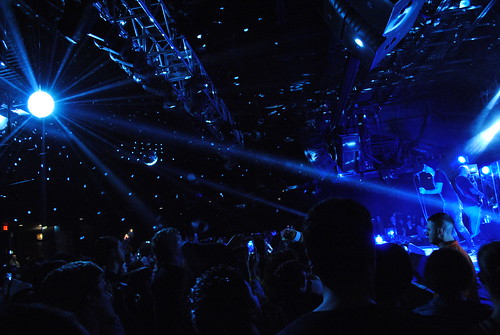 For a full set of photos of HIM and Motionless In White from the show by Rich Howells, click here.