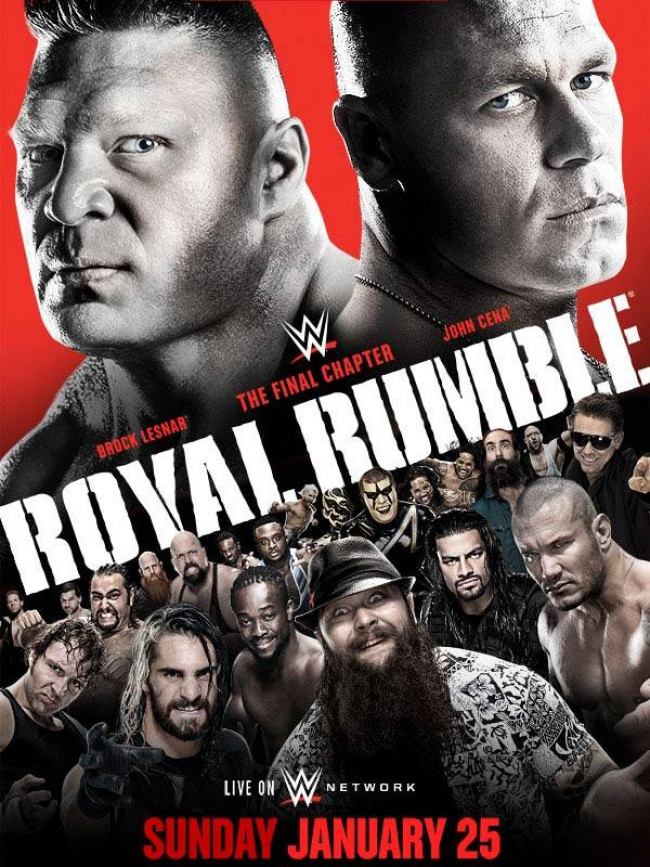 The WWE’s 2015 “Royal Rumble” match, held at the Wells Fargo Center in Philadelphia last night, started out with a bang but quickly burned out – and the aftermath may prove to be even more disastrous.

The kickoff match of the actual pay-per-view saw The New Age Outlaws – Jesse James and Billy Gunn – face off against up-and-comers from WWE’s NXT brand, The Ascension. The Ascension, made up of Konnor and Viktor, needed a good match against some big names to properly establish them as a serious tag team on the main roster, though it seems like they still have yet to display the WWE universe the same skillset they showed the audiences at NXT events.

The crowd didn’t seem to give them the heat that was expected. The Outlaws still brought it. Gunn, in particular, had the match moving at a fast pace like it was 2002 all over again. When all is said and done, a team like The Outlaws could certainly help The Ascension get over. The ending of the match was very abrupt, having The Ascension hit their finisher, Fall of Man, basically out of nowhere to win the match.

Match No. 2 saw Cesaro and Tyson Kidd square off against The New Day. The crowd was hot on Cesaro and Kidd, and rightfully so. These guys are workhorses and two of the most underrated and underutilized superstars in the WWE. It seemed like after every move The New Day would pull off, the crowd got on them harder, showering them with boos. Cesaro and Kidd deserved the win they gained.

Next up was the Usos defending their tag team championships against The Miz and Damien Sandow. From the second The Miz’s music hit, Sandow was over with quite arguably the biggest pop of the evening. The match was basically the same one they have been having for the past month on “Raw,” “Smackdown,” and at house shows – nothing special here. The Usos retained their titles.

Following these tag team matches was another one, but in the divas variety,with four feuding divas playing out their storyline from the semi-reality show, “Total Divas.” Paige and Nattie Neidhart took on The Bella Twins. Surprisingly, this was one of the better matches on the card, though the crowd seemed dead and restless. The pace moved back and forth quite well, as the Divas division has really ramped up its game since airing “Total Divas.” The match ended with Nikki Bella giving a hard forearm to Nattie’s head, allowing Nikki to get the 1-2-3 for the win.

Next on the card was the last match before the Rumble, which saw John Cena, Seth Rollins, and Brock Lesnar square off in a triple threat match for the WWE championship. This match was really impressive. Surprisingly, Lesnar was the fan favorite going into this match, as opposed to Rollins. Cena nearly got booed out of the building. It seemed like each wrestler brought out moves that we haven’t seem them pull out yet… yes, even John Cena did.

The match saw a few high-risk maneuvers on Rollins’ part. Right before the match concluded, he pulled off a move no one has seen in the WWE before, leaping from the top rope and twisting his body almost three full times and landing on Cena. Just before he could get the pinfall, Lesnar charged the ring while being put on a stretcher and hit his signature F5 on Rollins for the victory. Many in attendance expected something to happen afterwards, which would lead to Rollins cashing in his “Money in the Bank” briefcase; however, this was not the case.

And, finally, the Royal Rumble. The Rumble itself was lackluster the whole time, to say the least. Gone are the days where you would have 15 or so wrestlers in the ring at the same time fighting to toss one another over the top rope. The majority of the match, up until the last 15 minutes, had an average of four people in the ring at once. Surprise entrants such as Bubba Ray Dudley, Diamond Dallas Page, and The Boogeyman only lasted a few minutes before they were prematurely tossed out.

This was one of the slowest paced Rumbles seen in years. The eliminations themselves were quite boring as well. Fan favorites Dolph Ziggler and Daniel Bryan seemed to have very little meaning to their eliminations and were extremely underutilized this year.

The crowd seemed to turn even faster when Bryan lasted under 10 minutes. It seems to me that ever since the “Raw” crowd after “WrestleMania 29,” crowds have tried to outdo each other, and Philadelphia was no exception, yet they failed miserably. Roman Reigns, the projected future top guy in WWE, was booed harder than any other superstar throughout the entire night. Philadelphians were extremely disrespectful; just last year, it was the same people cheering him when he nearly won the Rumble when it was down to him and Dave Bautista. This year, the crowd booed every move he performed.

The ending was more than predictable, coming down to The Big Show, Kane, and Reigns. It was exciting to see The Rock come out to help his cousin Roman, but it didn’t seem to do much for Reigns, even after the victory. The crowd continued to boo him and ruin his big Royal Rumble moment.

As previously noted, it very disrespectful and tasteless that someone who worked hard to get where he is was practically booed out of the building just because the crowd wanted Bryan to win and nobody else. But then again, what else could be expected from a Philadelphia sports crowd? There’s a reason why the Eagles are the only team in NFL history to have a judge and courtroom on-site at the stadium, anticipating the worst from their fans. If anything, this certainly dampened the hopes of having “WrestleMania 33” at Lincoln Financial Field.

Several “insider” wrestling websites reported that WWE Chairman Vince McMahon was also very displeased with the crowd’s reactions in general – not to mention the dozen fights police were called to in the parking lot shortly thereafter. One allegedly included a man punching a female fan in the face while fans chanted “Brie mode!” in the background.

In closing, there is a reason WWE stocks plummeted and almost one-fifth of WWE Network subscribers cancelled their subscriptions shortly after midnight, crashing the cancellation page and rallying together under the hashtag #CancelWWENetwork – WWE simply did not deliver a quality pay-per-view on Sunday night.