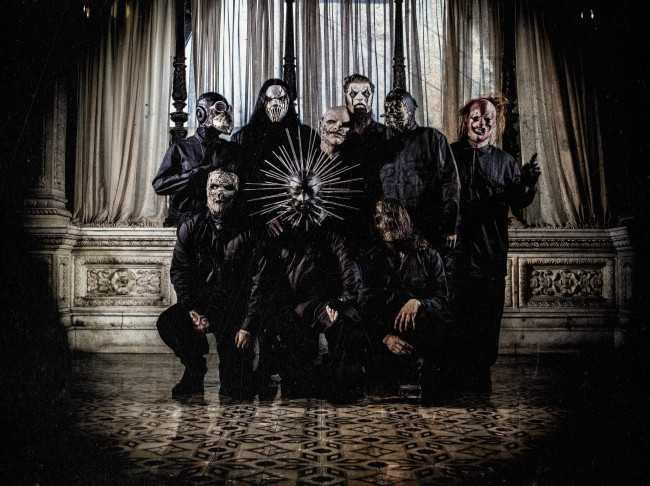 Roadrunner recording group Slipknot has announced details of their upcoming spring headlining tour. The next North American leg of the Grammy Award-winning rock juggernaut’s phenomenally successful “Prepare for Hell” world tour, featuring special guests Hatebreed, gets underway this April and stops at The Pavilion at Montage Mountain in Scranton on Wednesday, May 13 at 8 p.m.

Tickets go on sale this Friday, Jan. 23 at 10 a.m., while presales are available now via slipknot1.com.

Slipknot is also officially set to top the bill at an array of spring festivals, including such eagerly awaited events as Ft. Myers, Florida’s Fort Rock (slated for April 25); Jacksonville, Florida’s Welcome to Rockville (April 26); Concord, North Carolina’s Carolina Rebellion (May 2-3); Somerset, Wisconsin’s Northern Invasion (May 9); and Columbus, Ohio’s Rock on the Range (May 15-17). The band is currently on the European leg of the “Prepare for Hell” world tour, with dates scheduled in Ireland, the United Kingdom, France, the Netherlands, Luxembourg, Italy, Hungary, Germany, Norway, Sweden, Denmark, and Finland. From there, Slipknot will venture to Australia, where they will headline February’s annual Soundwave traveling festival, with stops in Adelaide, Melbourne, Sydney, and Brisbane. Finally, the band will return to Europe in June for a further series of festival appearances, with highlights including Germany’s Rock am Ring and Rock im Park, the United Kingdom’s Download Festival, France’s Hellfest, and many more.

The intensive tour schedule follows last year’s release of “.5: The Gray Chapter,” Slipknot’s fifth studio album and first since 2008’s RIAA platinum certified chart-topper “All Hope Is Gone.” The album made a stunning chart debut upon its October arrival, entering the SoundScan/Billboard 200 chart at No. 1 with sales in excess of 131,000 albums – the highest debut for a hard rock record in 2014. Furthermore, the album made an explosive chart impact around the globe, with No. 1 debuts in Japan, Australia, Canada, Russia, and Switzerland, alongside Top 5 debuts in the United Kingdom, Germany, Ireland, Austria, New Zealand, Mexico, Denmark, and Finland.

Along with its massive popular success, “.5: The Gray Chapter” has also proven one of 2014’s most critically acclaimed releases. The album was No. 1 on both Revolver’s “20 Best Albums of 2014” and Guitar World’s “50 Best Albums of 2014” rankings, while also earning inclusion on Rolling Stone and Loudwire’s “20 Best Metal Albums of 2014” rankings. In addition, “.5: The Gray Chapter” was chosen as Metal Hammer’s “Readers Album of 2014” and included on the “Critic’s Choice: The Metal Hammer Top 50 Albums of 2014” tally. And as if all that weren’t enough, Slipknot’s return to rock action was also named by Rolling Stone as one of the “20 Biggest, Boldest Comebacks of 2014.”

“Custer,” the latest single from “.5: The Gray Chapter,” is impacting now at rock radio outlets nationwide. In addition, Slipknot recently premiered an electrifying live video of the album’s blockbuster first single, “The Devil In I,” filmed last fall at the band’s own Knotfest, a monumental three-day metal and heavy music destination festival held at San Bernardino, California’s San Manuel Amphitheater & Campgrounds. The clip can be viewed below:

Slipknot emerged at the tail end of the 20th century and quickly established itself as the most enigmatic, provocative, and aggressive collective of the modern era. 1999’s “Slipknot” stands as a true milestone, named by Metal Hammer as the “Best Debut of the Last 25 Years.” The album fast earned 2x RIAA platinum certification, with each of Slipknot’s following releases – including four video albums – all receiving additional platinum certifications in the US and around the globe. All told, the band has 11 platinum and 38 gold record certifications worldwide. 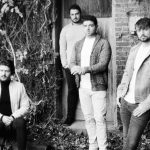 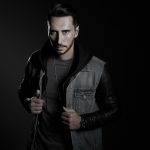 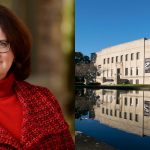