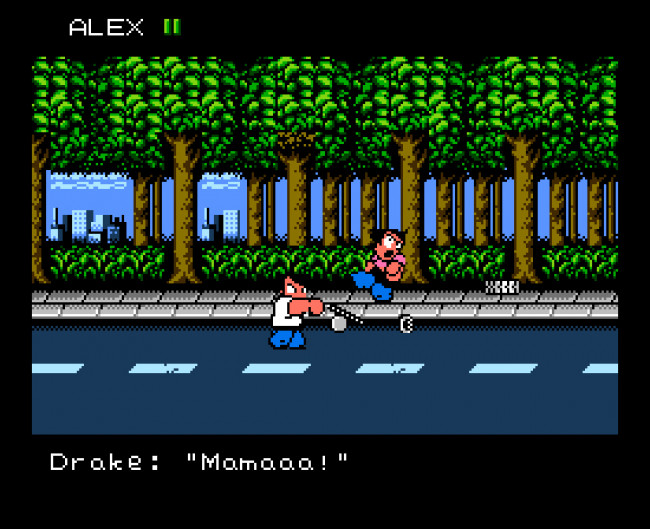 I can’t begin to tell you how many people come into my store and ask me, “What makes these games so special? What makes them worth as much as they are? There’s really a market for these still?” Certainly this is enough to annoy and perhaps even insult a person with a deep appreciation for the topic, but in truth, all I do is smile and tell them that all of this is a piece of history, not just as a whole, but to an individual person.

One of the biggest joys I find in running my business is someone getting so excited over finding a game they haven’t seen since their youth, whether they decide to purchase the game or not, along with it the fact that sometimes the game isn’t even one that was considered popular or even very good.

One of the phrases I use a lot is “unconventional wisdom,” because I think it’s one of those things we don’t look at when it comes to video games, but it certainly applies to today’s game here on Turn to Channel 3. I’m fairly certain that logic told a lot of people that, at first glance, Technōs’ “River City Ransom” wasn’t going to be able to hang with the likes of “Double Dragon,” but it’s those unconventional things the game provides that has turned it into a cult classic on the Nintendo Entertainment System.

So what makes “River City Ransom” so special and one of the most sought-after games on the system? Well, let’s hit the power button on our trusty NES console and find out!

The soundtrack to “River City Ransom” is straightforward and to the point, and while at a glance it may not appear to be anything special, the chugging chiptunes really help tell the story as you go along on your quest to save your girlfriend. The more you play the game, the more appreciative you are of the soundtrack for its variety, if for nothing else. There’s the theme that plays as you go through the game, the shop themes, and even certain sections of the game and boss fights have different music playing.

Obviously, like all brawlers of this sort, the sound effects of kicks, punches, and weapons are the most notable, and “River City Ransom” is no slouch in this regard, too, with the addition of sounds when an enemy is vanquished and replaced with coins. I don’t think this game gets enough notoriety in this category in comparison to its other features, but to disregard the soundtrack and sound effects in this game is a great injustice to the creative people behind it.

While simple, a bit boxy, and obviously influenced by Japanese culture and other Technōs games, the graphics in this game are pretty good. While enemies may begin to appear a bit too alike, minus some clothing and color swaps, there’s a solid rogue’s gallery for you to contend with. Some of the levels in the game may also begin to appear too similar, but as you play through the game, you honestly start to care less and less where you are beating up some hostile foe and more about the fact that these levels are sometimes infested with enemies. There are certainly better-looking brawlers out there, even on the NES, but I don’t think this was a core concern of developers in this game, subscribing to the notion that as long as there are enemies to battle with, and they don’t look sloppy, it will be acceptable to the player.

I would like to add two things, the first of which is that the execution of moves is seamless in this game as far as how it is depicted, which was seemingly unheard of at this time, and second, be sure to look away during any and all sauna scenes, unless you enjoy the sight of pixelated butts. I wasn’t sure how to address that in this review; it’s definitely a bizarre part of this game, although a source of great laughs, too.

I think I speak for a lot of people when I say that what has made this game so beloved is the fact it took what was a very simple formula at the time and added its own blend of innovative designs, most notably the use of coins obtained from enemies to buy food and, more importantly, new techniques for your character to use. Other games like “Double Dragon” weren’t doing that at the time, and I think this new idea not only breathed new life into the genre, but also made players more forgiving of the graphics and soundtrack that may not have been up to the standards set by other games.

In addition, I think for a lot of people, while not docile in the least, “River City Ransom” is easier to pick up and understand right off the bat. It’s difficult, certainly, but not quite as unforgiving. The execution of moves, with the right techniques purchased, can make you a formidable fighter rather quickly if you play your cards right. Yes, the overuse of words like “Barf!” and “Mama!” can get old rather quick, but I think, as the years have passed, it’s almost taken on an enduring charm with gamers.

Highly coveted, carrying a sufficient price tag in most cases and not easily available outside of Internet shopping sites such as eBay and Amazon, “River City Ransom” has reached the cult status levels of such NES titles as “Maniac Mansion,” “Uninvited,” and “Bubble Bobble.” That being said, if you are someone who grew up with the likes of “Double Dragon,” “Final Fight,” and “Streets of Rage,” you do owe it to yourself to play “River City Ransom.” All too often in this realm of retro video game collecting, games with price tags of $30-$40 are often overhyped, leaving the gamer with an empty wallet and the feeling that their money was not well spent. This isn’t the case with “River City Ransom,” an NES title that definitely belongs among the upper echelon of classic titles. Check it out. You won’t be disappointed.

I hope you enjoyed this edition of Turn to Channel 3 as we say goodbye to January and hello to February and we keep chugging along with more retro gaming reviews. Next time, we’re taking the leap into a lesser-known system of yesteryear, and a game that, for all those who played it, should have NEVER been packaged with the system itself. Stay tuned for that, and as always, game on!