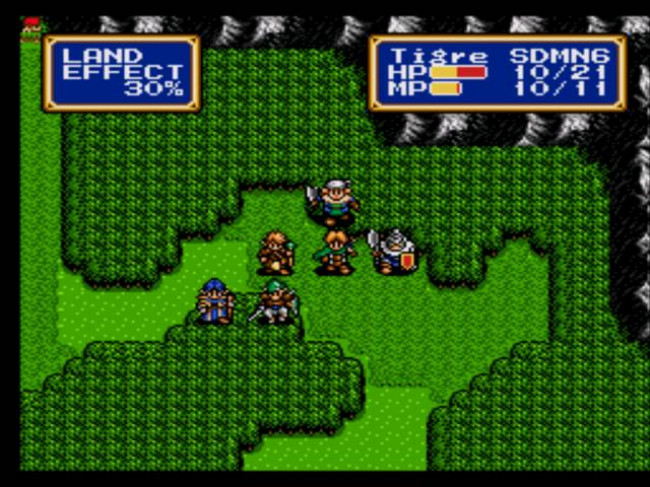 One of the main reasons the Sega Genesis didn’t appeal to me was its distinct lack of RPGs. In addition, I found that some of the RPGs that did appear on the system to be a bit tedious and not really user-friendly. However, this isn’t to say that my opinion is law or that there are no quality RPGs on the system, as evident by today’s Turn to Channel 3 review on none other than “Shining Force II!”

When I was younger, I had neighbors just down the street from me who always had their Sega Genesis plugged in and ready to go, and I can still fondly remember playing this and being in awe by the fact it was the Sega Genesis. Recently, I revisited the game on the PS3, so I figured it would be a good time to look back at a game that is still widely regarded as one of the best RPGs on the system. So, with that in mind, let us journey back to the 1990s and the world of “Shining Force II!”

For me, one of the biggest things that has deterred me from a lot of Sega Genesis playing is what I like to call that “from a tin can” audio. I know a lot of people who grew up with the system don’t seem to know what I’m talking about, but the audio just seems wonky on a lot of games; they just don’t sound quite as clear as the sound on other systems. However, there are games like “Shining Force II” where that is either nonexistent or not as noticeable.

What is apparent are some great tunes, two of my favorites being those you hear in battle, as you strategize and make your way through a grueling fight. There’s also that really appealing music when you go into towns. Are soundtracks on games like “Final Fantasy III,” “Secret of Mana,” and “EarthBound” more appealing to your ears? Perhaps so, but for me, I think you could put “Shining Force II’s” soundtrack in the same category. It’s also worth noting that there are some great sound effects during battle, too – simple and yet highly effective in telling the story.

The art in “Shining Force II” starts off fairly simple. The characters on the actual battle screens are small, plain, and not very distinct. The towns and overviews of what will become battlegrounds are also pretty standard 16-bit art. Don’t let this discourage you! Like a lot of things in this game, looks can be deceiving, and you shouldn’t judge a game of this caliber on the small sprites alone. Keep in mind that a lot of RPGs of the time followed this same approach.

What brings “Shining Force II” to life are the battle scenes themselves, with artwork that looks like it could come from a fantasy fiction novel, and I think what’s really great about this is you’re not connected with the characters based on their little sprites. It’s the more “up and close and personal” battle scenes that make you go, “Ah-ha! So that’s what that character looks like!” The enemies and bosses all look great, too, and it’s a pretty fluid motion; the use of weapons and magic is also designed well.

Like all RPGs of the time, “Shining Force II” drops you into a world that, at first, is pretty easy to grasp. The story is pretty simple in most cases, and it’s really a lot of fun, the use of strategy along with your typical RPG journey. That being said, like a lot of RPGs, there are moments, puzzles, bosses, what have you, where you are pulling your hair out trying to figure things out. I will say, if anything negative, it does seem that most enemies in the game seem to target and try to gang up on your strongest characters right off the bat, which can be frustrating for some.

While the purchasing and selling of weapons is always a fun time, almost like giving your characters a fresh start, it can get rather monotonous after a while. I appreciate the fact that you can heal and revive characters, and there really is a nice variety of options for you.

“Shining Force II” does seem to have something for everyone, but I will caution that later battles require some nerves of steel because bosses can get not only tough, but pretty cheap in their attack patterns. I’d also like to add that while the simple controls of choosing an item are a breath of fresh air versus scrolling through an item list, it would be nice to have more than four spots available to store these things because some battles have you using all your items and then wasting life and healing magic.

While some people prefer the original, I feel “Shining Force II” takes some notes from the first installment and improves on some things that may have been missing before, and I’d like to say the story is a bit better as well. The series never seemed to capture this same magic in later entries, and I know there’s definitely a lot of interest from fans of classic RPGs for someone to take over here and bring this style of RPG to new consoles.

Until that happens, enjoy “Shining Force II” for what it is – arguably one of the best RPGs of its generation, and certainly one of the best offerings of quality RPGs on the Sega Genesis, as few as they may be.

Next time on Turn to Channel 3, we go way back to the days of the Atari 2600, so be sure to polish that wood grain box of awesome that you may have lying around, because we’re going to be dodging some attacks from the cosmos, so stay tuned for that!

Until then, I hope you enjoyed this edition of Turn to Channel 3. While we’re not all about that bass, we are certainly about video games!