When Wilkes-Barre reggae musician George Wesley isn’t playing with his three-piece jam band, he performs as George Wesley’s Small Axe Orchestra, a solo act that sounds just like a full band thanks to some live looping and pure talent.

Local television station ECTV will be airing a full one-hour program next week that was shot and edited by Mary Frances Jackson and produced by Chris Balton Production & Design Group at ECTV’s studio in downtown Scranton. They’ve given NEPA Scene readers a first look at the program by releasing this exclusive 13-minute clip of Wesley performing “Sittin’ and Watchin’,” which includes an introduction by Wesley to his Fender American Deluxe Stratocaster and sound equipment.

“The Small Axe Orchestra is just me and my guitar and this little magic box on my guitar and all my magic pedals,” he explains in the video.

“I’ll go pick out a beat to work around, a groove. … Then we build up the tracks.”

George Wesley’s Small Axe Orchestra will open for the Clarence Spady Band, then join them onstage at the River Street Jazz Cafe in Plains on Saturday, Jan. 17 at 9:30 p.m. 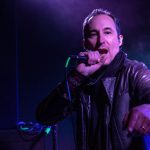 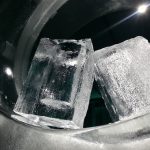