When Eye on Attraction covered “Number City” by Coheed and Cambria in a fun YouTube video back in October, they considered it a success when Coheed retweeted it. Will they receive the same approval from Muse?

The Scranton prog/alternative rock band has covered Muse’s single “Panic Station” from their 2012 album “The 2nd Law” this time around. The high-quality multi-angle split-screen video production was done by Jen Fracas and bassist Joe Terry, with crisp audio production by drummer Andrew Merkle. 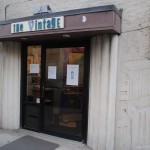