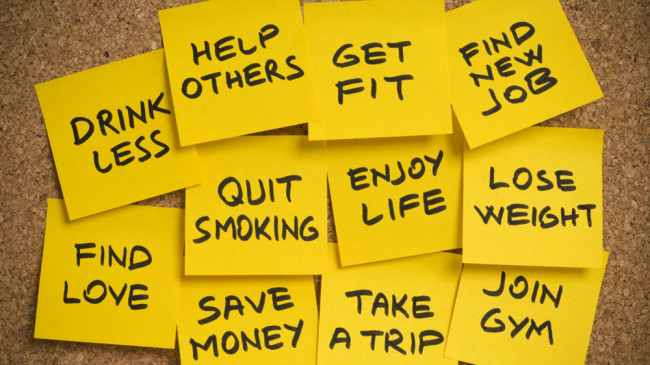 How was your New Year’s Eve?

Was it a trash-tastic drunken debauchery love fest extravaganza?

Or did you just sit on the couch with your significant other, pass out to “New Year’s Rockin’ Eve” or whatever it’s called now, and wake up after midnight to a few random texts from your old college roommates and fellow co-workers? You know, the ones who are still single?

Maybe something in between these two extremes? Most likely this was the case.

For me, the moment it hit 2015, Gilbert Gottfried was at Mount Airy Casino resort in Mount Pocono screeching about the pathetic confetti machine in the middle of telling some dirty joke. I am paraphrasing here: “Pffft… three pieces of confetti… There’s more paper that gets stuck to my shoe after leaving the restroom.” Some annoying drunk guy kept yelling, “Happy New Year!” and my mom gave me a champagne-laden hug. I then thought of the guy I have been dating, who is over 700 miles away at that moment, and in return, all I got was a drunken text from some other guy I briefly dated five years ago who said, “You should have been my New Year’s kiss.”

It’s a new year, so why should I care? Why should we care?

I don’t care that much.

Do you ever feel like “this is my year?” That somehow you are going to make that life-changing resolution and everything will somehow be better?

This is my year, and my goal is:

1. Graduate with my second master’s degree and continue pursuing my second career. 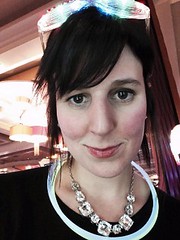 That’s it. Then again, I have been working on this goal for two years.

I don’t know what else I am doing with my life, but I feel that’s a fairly big accomplishment. Probably try to get a job with my degree? And you know what? That’s OK. Your life isn’t summed up in one evening, particularly on New Year’s Eve or some major life-altering resolutions you probably just thought of while staring into a watered-down vodka and cran while creepy guys buy you drinks. Or if you pass out on the couch and ignore the stupid party pics your friends post on Instagram, life will move forward. Life is not summed up in a New Year’s selfie. But, you know what? Here’s mine, just for you!

Anyway, here are a few tips to make your new year worthwhile:

I am not saying don’t ever make life goals, but New Year’s resolutions tend to be a joke. I was watching the local news (sadly, this was considered news) and the reporter was asking random people what their New Year’s resolutions were. All of them were grandiose goals (e.g. “I want to lose 100 pounds,” “I want him to commit” – I’m paraphrasing again. You know how I feel about this subject, and if you don’t, check my previous post).

Resolutions shouldn’t be grandiose or involve controlling someone else’s future. Break down your large goals into smaller goals and own it. Also, make your goals attainable, concrete, and possibly measurable (e.g. “I am going to lose five pounds in one month for each month of this year”). You are probably not going to achieve self-actualization or save the world in one year; you will just end up disappointed, like unmet expectations of an amazing New Year’s Eve. Or even worse, you may become depressed.

2. Prepare yourself for disappointment.

Resolutions and goals are hard work. You may set your expectations and goals too high (somewhat resonant of New Year’s Eve expectations) and give up. Don’t give up! Readjust your goals and/or keep plugging away. You will get there. Keep focused, whether it’s a mental image or an actual picture of something you want to achieve, or a place you want to travel to or move to. This may help you stay on track with your goals.

I know this is difficult to abide by sometimes, but stop caring so much about what people think. It may seem unrelated to this topic, but many of our goals can be influenced by social pressure, such getting married and having children. Those are great goals, but not if you’re only making them because everyone else thinks you should be doing so. Also, failing to achieve our goals may be influenced by social pressure, such as worrying about failure and what people will think of our failure. Try not to worry so much about what people think and stay focused! It may be difficult now, but you will thank yourself later.

Yeah, Yeah, Yeah, Ali is an advice column that runs every Friday on NEPA Scene. E-mail your anonymous question to Ali here to be featured in a future column.