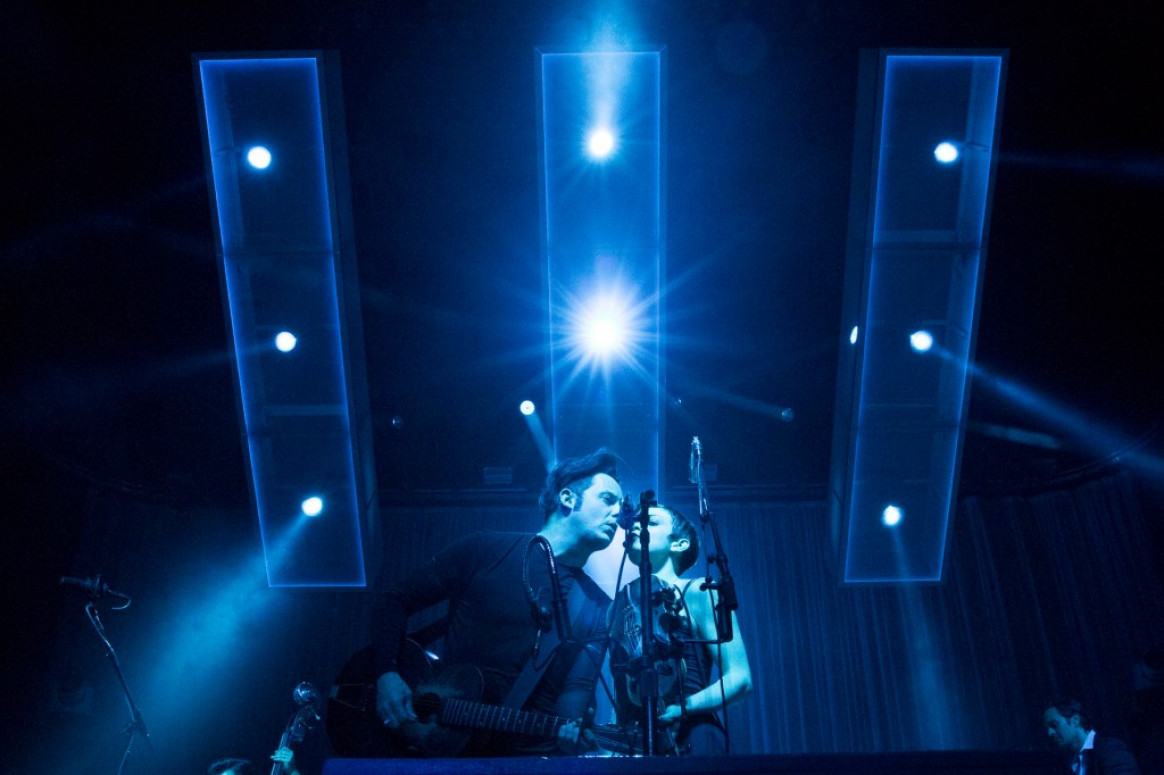 Like a fighter in a boxing match, Jack White came out swinging this past Friday night in Madison Square Garden. Instead of clenched fists, the Detroit born, multiple Grammy Award-winner assaulted the sold-out crowd with a barrage of big crashing chords most acts would reserve for the end of the show. This electric explosion heralded the opening chords of “Dead Leaves and the Dirty Ground,” followed by “High Ball Stepper” as the one-two punch that would keep the audience, and even White’s own band, on their toes for the next two hours.

This tour is in support of White’s current solo album, “Lazaretto,” but that didn’t stop him from pulling tunes into the ring from his other projects like The White Stripes and The Raconteurs. White would bob and weave in and out of tunes with spontaneity. Just because you recognize a song when it began, that didn’t mean it would be performed in its original style or even through to its end. The heavy White Stripes rocker, “Cannon,” would be interrupted by a very mellow “Broken Boy Soldiers,” a Raconteurs tune, while another Stripes song, “Black Math,” was only teased for a few bars as White’s improvising transformed it into an energetic rendition of “Top Yourself.” 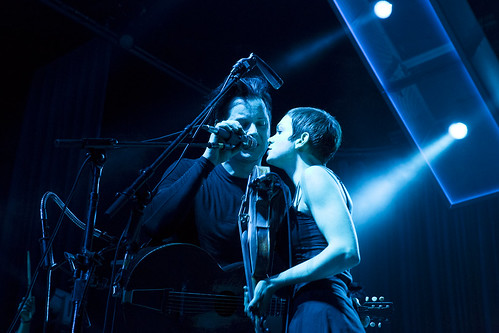 Watching closely, one could see White’s band, all ringers in their own right, stay alert for these changes as they produced everything from a country version of “Hotel Yorba,” an old Stripes crowd favorite, to a haunting rendition of “Would You Fight for My Love?” and a solid rock groove with “Sixteen Saltines” from White’s previous solo release, “Blunderbuss.” Other selections for White’s solo efforts included “Three Women,” “Love Interruption,” “Lazaretto,” and “Just One Drink.”

Many of the members played multiple instruments throughout the night, which certainly aided in the smooth transitions from one genre to the next. The bassist would switch between bass guitar and an upright bass, sometimes at the wrong times as White would abandon one song for the next. Fats Kaplin and Lillie Mae Rische both had their turns on fiddle and mandolin. The former also added a lot of pedal steel guitar, while the latter came very close to overshadowing White on a couple tunes with her captivating vocals. The drums and keyboard also were not afraid to shine and step out of their box as supporting instruments. White’s camaraderie with his bandmates and their own enjoyment of performing were both very apparent, which certainly added to the positive energy flowing from the stage.

One of the biggest surprises of the show came during the first song of the encore set, “The Black Bat Licorice,” when White brought out Q-Tip, of A Tribe Called Quest fame, to help him sing the rest of the song. This was followed by a once-in-a-lifetime performance of “Excursions,” the opening track from Tribe’s 1991 acclaimed album “The Low End Theory.” This wasn’t without some foreshadowing, as earlier in the night, White gave shout-outs to the likes of Run-DMC and a few other important figures in New York’s rich hip-hop past. Additionally, the opening act was rap duo Run the Jewels, who also produced a surprise guest performer in the form of Zack de la Rocha, who has rarely been seen on stage since his final shows with Rage Against the Machine. 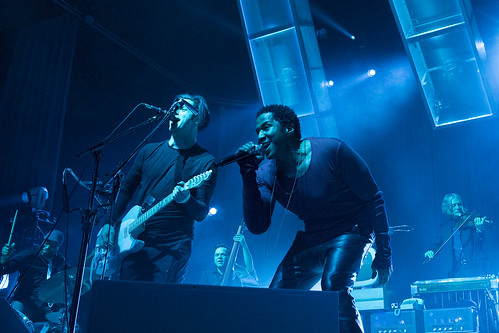 This night may have received an extra bit of showmanship for the fact that Pandora Internet Radio, one of the most popular sites in the ever-growing streaming music industry, was broadcasting the show live. White has proclaimed his fondness of performing in New York, and particularly at the Garden, so choosing this night to reach so many more listeners through Pandora probably just heightened his pre-existing enthusiasm. That enthusiasm persisted all the way through to the 21st and final song of the night, “Seven Nation Army.”

“Army” is, by far, White’s most popular song, so it was not a surprise choice for the closing tune. Almost 12 years after its release, it can still be heard daily on the radio and during sporting events around the world. This over-familiarity made it a great candidate for a style change, which the band delivered with a much darker and heavier rendition. This did not stop the audience from chanting along with the main theme, not only throughout the entire song, but continuing after the song was done and White said his “thank yous” and “goodbyes.” The energy was so great that it lead White to declare, ‘This is the loudest crowd we’ve ever played to here!” White left the stage as a champ, and with no doubt that he had the audience in his corner.

You can check out the Jan. 30 performance for yourself, as Pandora will have the show on a constant loop until the end of the day today.

Matt Mang has been an active participant in the NEPA music and pop culture scenes for over 20 years. When he's not selling funny books at Comics on the Green, he's either watching a bad movie or imposing his bass lines on others.