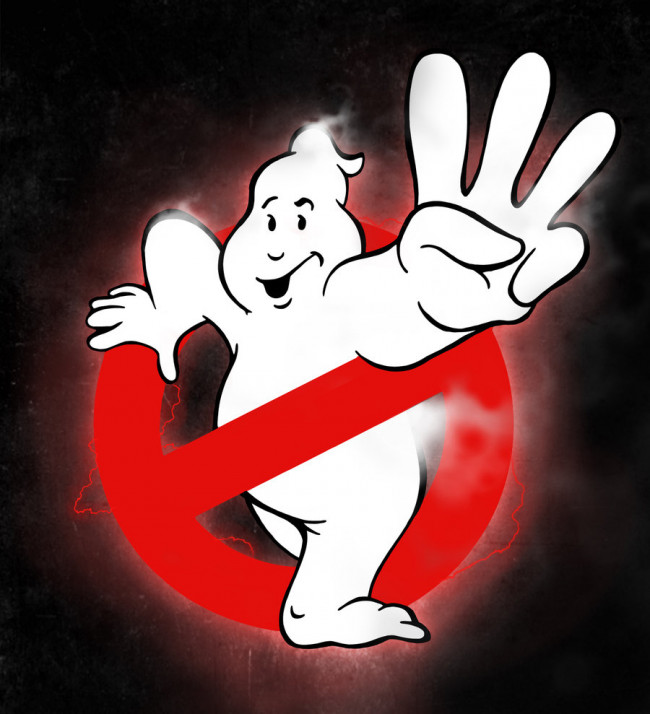 There shouldn’t ever be a “Ghostbusters III.” Or a “Ghostbusters” remake. Or a reboot, reimagining, or whatever the new marketing term is this week that attempts to make old, recycled ideas sound fresh and new. The time to make a third film in the series passed in the early ‘90s, soon after “Ghostbusters II” was released in 1989, and it was difficult enough just getting everyone to return for the sequel. Maybe there was a reason for that, and I bet I know what it was.

The Internet has blown up like the Stay Puft Marshmallow Man over the last few weeks since it was announced, somewhat officially (negotiations between the actors and the studio are still ongoing), that Melissa McCarthy, Kristen Wiig, Leslie Jones, and Kate McKinnon would make up the all-female cast of the next “Ghostbusters” movie, which will be a remake rather than a direct sequel. Does this mean we’ll see a Marshmallow Woman this time around? 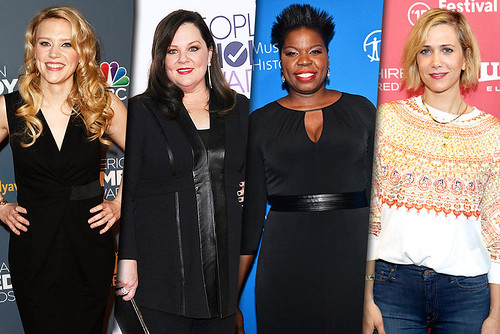 The most controversial member of that potential cast is obviously McCarthy, as many fans are afraid that she’ll continue to play the same dumb slapstick character she inhabits in almost all of her films, consistently making clichéd fat jokes at her own expense (which is a shame considering she played such a well-written, progressive character on “Gilmore Girls” in the early days of her career). This fear is justified, considering Hollywood loves to work with people who would rather reinforce contrived stereotypes on screen than challenge them, but that’s not the public’s biggest problem with the new “Ghostbusters.”

It’s that these ladies are, well… ladies.

It’s bad enough that women had to fight virtually from the beginning of time until the last century for the right to vote and hold many of the same positions that men do, but now they have to petition for fictional jobs like ghostbusting? Yes, it’s 2015 and we’re still having this conversation (and I’m just referring to the United States and not to the countless other global issues women face out there).

Although it’s not so much of a conversation as it is a bunch of nasty sexist comments and memes shared across every article and social network that has mentioned this unnecessary remake. I can agree with the criticism that this casting feels more like a Columbia Pictures marketing scheme than an attempt to enact feminism or anything like it, but I really don’t think that “Inevitable Ghostbusters Cash Grab,” or whatever this one will be called, will suck because of its estrogen levels – it will suck because the original “Ghostbusters” was as strange as the ghosts lurking in your neighborhood, and those who could answer that late-night call are no longer picking up.

After filling firehouses full of money from the first film, its popular animated series, and endless merchandising, it’s obvious why Columbia wanted a second one, but director/producer Ivan Reitman and writers/actors Dan Aykroyd and Harold Ramis had to be talked into making “Ghostbusters II,” and that shows in the finished product. In retrospect, it’s a way better movie than people give it credit for, but everyone agrees – including all those involved – that it didn’t quite capture what made the original great.

So what was so great about “Ghostbusters?” Too many things that could have gone wrong just ended up going exactly right.

Think about it – the story follows three nerdy parapsychologists who build complicated scientific equipment to trap paranormal entities and discover a plot by demonic spirits Zuul and Vinz Clortho to summon their master, Gozer the Gozerian, a Sumerian shapeshifting god, to destroy the world. Yeah, that has family-friendly comedy written all over it.

It’s a high-concept film that, even after many changes before and during production, would seemingly go over the average person’s head, or at the very least bore the hell out of them. Science fiction is more popular than ever now, but even today, this would be a tough sell if it weren’t for big-name stars like Aykroyd, Bill Murray, and Sigourney Weaver. Big-budget films that are heavy on special effects are typically light on script, but the plot and the dialogue in “Ghostbusters” work beautifully with the iconic ghost-battling sequences. It’s the right mix of great casting, exceptional performances, smart production, clever humor, quotable lines, fun action scenes, and self-aware sci-fi.

Hollywood screws up dozens of big movies that have the potential to be good every single year, but this one ended up being just about perfect. Was it a fluke? Was it the impeccable mix of all the amazing talents involved? It was probably a bit of both, as everything from heavy script revisions to unexpected casting changes affected the final product, but it was also everyone’s ability to think outside the containment unit – and truly believe in the concept without overthinking it – that led to its success.

Let’s take the Stay Puft Marshmallow Man scene as an example. While there are tiny Easter egg hints to the character throughout the film, the audience doesn’t meet the angry sailor until almost the end of the movie. The joke, when broken down, is that Gozer is so evil that it wants those who it will destroy to choose the form it will crush them with, probably just for added kicks. The Ghostbusters attempt to clear their minds, but Ray accidentally thinks of a mascot for marshmallows he used to roast around the campfire as a kid, so Gozer turns into a giant Mr. Stay Puft. This is explained in just a few quick lines and the story moves forward because his reasoning, and the situation itself, is hilarious, and one of the most recognizable scenes in film history is born.

If this scene were created today, you can pretty much guarantee that Hollywood would have made a few changes that they feel would have appealed to some imaginary demographic or unreliable test audience. The destructor would have been Mickey Mouse or Hello Kitty or some other real corporate mascot because there’s money to be made from licensing and familiarity in a face that people already know, or there would have been some stupid flashback sequence or superfluous origin story for Stay Puft that added to the running time and subtracted from the humor. Everything is overanalyzed and over-monetized by entertainment executives now more than ever, so just imagine every scene being broken down like this to “maximize its potential.” It would not be the “Ghostbusters” we all know and love; it would be the soulless merchandising juggernaut that will likely be released in 2016.

Aside from the 2009 video game that did a fair job of imagining what another movie could have been like, “Ghostbusters III” was simply not meant to be. Decades have passed since the first two, Ramis sadly passed away last year, Reitman gave up on the project after years of trying to get it off the ground, Aykroyd hasn’t made a good movie in years, and Murray, its biggest and still wildly lovable star, vehemently wanted nothing to do with it. If the original team couldn’t make it happen in all that time, what makes anyone believe that the people behind “Bridesmaids,” a totally different type of comedy, could recreate this peculiar little film and make it work now?

Director Paul Feig and the all-female cast will have their work cut out for them, and judging by their previous experience, they don’t have the tools or the talent, to paraphrase Winston, at this stage in their careers to handle it. (Just think about how many great movies the original cast and crew made before taking on “Ghostbusters.”) Sexism may be one of the biggest issues that they’ll deal with, which is unfortunate, but it’s not their biggest problem – it’s trying to take some else’s baby and make it their own. That didn’t work out so well for Vigo the Carpathian, and it probably won’t work out this time, either.

As “Ghostbusters” proved 30 years ago, being original is, and always will be, better because what you create can never be reproduced the same way again – not even by you.