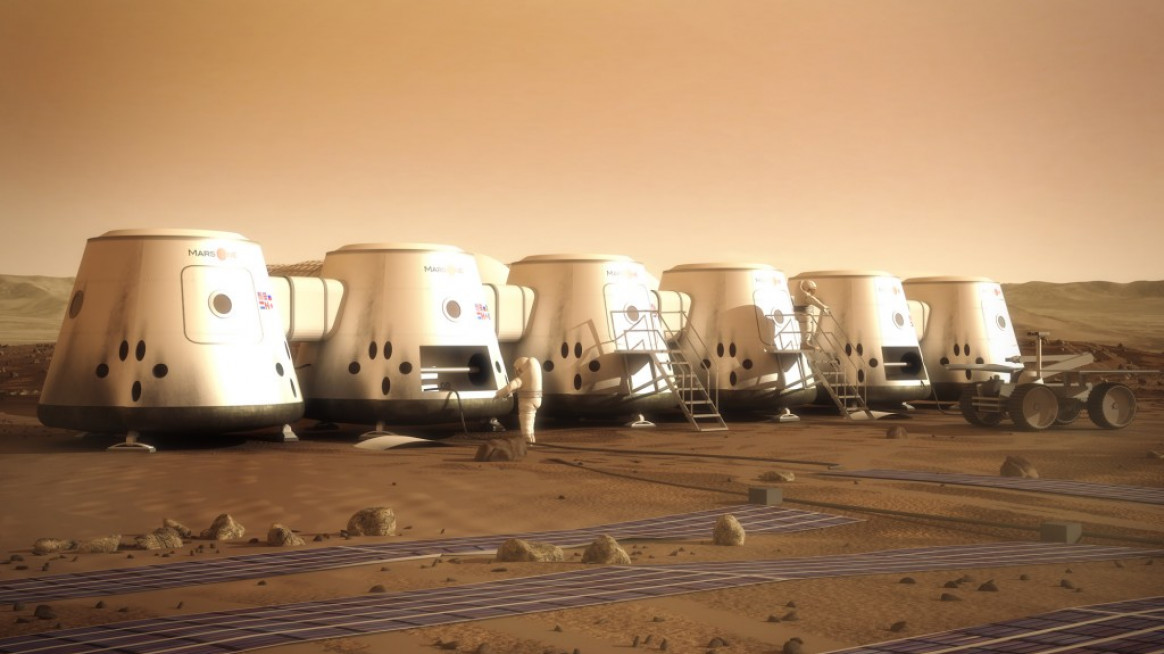 “We’re all going to die, but it’s important what you do before you die.” I agree with this statement in and of itself. I cannot agree with its context, however.

Alison Rigby is a 35-year-old woman from East London. She said this to CNN after she was selected as one of 100 possible candidates narrowed down from over 200,000 applicants who could participate in Mars One, a program that is planning to send 40 amateur astronauts on a one-way trip to Mars starting in 2024. She’s a chemistry graduate who works as a secondary school lab technician, so she’s not stupid. She may want to study a few other branches of science, however, before she sacrifices her life for something that looks more and more like science fiction all the time.

This isn’t NASA’s plan – theirs isn’t until the mid-2030s, and they’re actually working to bring everyone back home. That will cost NASA at least $100 billion, but a Dutch nonprofit plans to put people on Mars first for only $6 billion. They say they’ll do this through crowdfunding and selling the television and streaming rights, therefore broadcasting the inevitable and most likely horrible deaths of a crew of everyday people live for our entertainment. It’s just the next logical low for reality TV, really.

I say “inevitable” not because, as Ms. Rigby noted, we’re all going to die someday somehow – I say it because MIT figured out exactly how. After reviewing the claims Mars One has made, MIT researchers determined that, even if the odds are in their favor and they make it to Mars safely, they’d survive about 68 days using current technology before suffocating. Anu Ojha OBE, director of the UK National Space Academy Programme, doubts the mission will even take off in the first place.

“In terms of technology, it’s pushing the absolute boundaries, and there seems to be a lot of technological naivety on the part of the people running it,” he told the Herald Scotland. “There are some elements that seem reasonable, but overall, it’s concerning, and the timescales are also questionable.”

“The plan stretches the technology in many places. … The launch vehicle they want to use has not actually ever launched yet, let alone make a trip to Mars,” he noted.

“If you assign a 90 percent chance to success to each of those things, all of which are necessary for human survival, you end up with about a 50 percent chance of failure, ending in the death of the colonists – and that would likely not make good television.”

That probably depends on what executive you talk to – if this isn’t sci-fi or horror movie material, then I don’t know what is. And speaking of likely evil people, does anyone else find it suspicious that the mastermind behind all this, Bas Lansdorp, isn’t going himself? For a guy who’s dreamed about this since he saw images of the red planet taken by the Sojourner rover in 1997, he doesn’t seem to share his candidates’ passion for excruciating death.

I’ve quoted a few reasonable voices so far, so let’s get back to Rigby and her supposedly righteous death.

“Pioneers are always ridiculed, but I am doing this for something better, which will hopefully benefit more people than just staying at home and keeping my mum happy,” she emphasized. She still hadn’t told her mum she’s been selected yet.

Another candidate, Sonia Van Meter, wrote a column for Time magazine entitled “Why I’m Volunteering to Die on Mars.” It reads like a brainwashed cult member explaining why she needs to drink the Kool-Aid to catch a ride on a UFO that’s following a comet to heaven.

“Some call this a suicide mission. I have no death wish. But it would be wonderful if my death could be part of something greater than just one individual. If my life ends on Mars, there will have been a magnificent story and a world of accomplishment to precede it,” she claimed.

She’ll leave behind a husband and two stepsons. I realize that not everyone is happy working a 9-5 job or being married with children, but what do people like Rigby and Van Meter think they’ll accomplish by dying? Do they really need to travel all the way to Mars to prove that people can’t live without basic necessities like oxygen? For brave heroes who say they’ll give up their own lives for knowledge that will benefit all mankind, they’re really not fans of the knowledge-gathering process itself. I guess it feels cooler to jump off a cliff to test gravity than it does to read about it in some boring old book.

And I’m not just picking on these two – every major news outlet that has been able to get a hold of one of these candidates has reported the same thing – they’re all thrilled to die for something we can already prove on Earth. If euthanasia is illegal and someone cannot commit suicide without the authorities stepping in and attempting to prevent that person’s demise in any way they can, then why are we allowing death by rocket ship? This brings up the ever-important psychological aspect of his situation – a hurtle that no amount of money can fix.

“The longest period a human has spent in space is 438 days – they’re talking about sending people on a one-way trip,” Ojha said. “I would tell them to go to Antarctica for six months in the middle of winter and that’s about 1 percent of what they’ll be experiencing on Mars.

“Human psychology is far more fragile than we think.”

Brave words sound pretty and look great pasted across colorful images passed around Facebook, misattributing quotes almost as quickly as they’re spoken, but these volunteers seem so quick to label themselves as intrepid explorers and history-making heroes that I think it diminishes what a true hero is. A hero typically understands his or her cause inside and out, striving to live and breathe those principles every day. A hero may run into a burning building to save someone, but at least they comprehend that fire and collapsing infrastructure is bad as they rush in. And no one is trapped on Mars that needs saving – what is the rush here? Why should we increase the risk in an already risky venture? Taking Mars One at its word and ignoring every other scientist and expert in the field doesn’t make you a hero – it makes you a footnote in the history books next to many chapters on those who actually accomplished what you set out to do.

There’s one other thing to consider here – if this fails and the crew dies before they get there or within a few weeks of landing, you’ve now turned what many people already believe to be a suicide mission into a death wish. Who is going to be crazy enough to invest in the next trip down the river Styx? If the moon landing was a complete and utter failure and millions of people watched Neil Armstrong and Buzz Aldrin die on television, wouldn’t that have pushed space exploration back a few more decades? Investors, whether they’re businessmen or taxpayers, want a sure thing, not to fund a tragedy.

I’ve loved sci-fi my entire life, and I’ve always dreamed of what it would be like to travel through space in an awesome ship, so it pains me to not be able to get behind the Mars One mission with all the fervor that a “Star Wars” geek should have, but I’d like to think that I would do a little more research on the Empire before donning a Stormtrooper outfit.

As of last month, Mars One has raised only $759,816 from donations, merchandising, and crowdfunding, so it’s unlikely any of this will ever get off the ground anyway – both figuratively and literally. I guess it’s just worth noting that at least 200,000 people are willing to shoot themselves into space based on false promises and crackpot beliefs. Again, as a sci-fi fan who particular enjoys dystopian future stories, I’m not surprised.

In that spirit, I’d like to amend Alison Rigby’s statement, lest she end up like Eleanor Rigby:

“We’re all going to die, but it’s important that if you’re dying for something, it’s something that will inspire the living and propel them forward, not hold them back.”