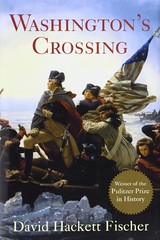 “Six months after the Declaration of Independence, the American Revolution was all but lost. Yet, as David Hackett Fischer recounts in this riveting history, George Washington – and many other Americans – refused to let the Revolution die. On Christmas night, as a howling nor’easter struck the Delaware Valley, he led his men across the river and attacked the exhausted Hessian garrison at Trenton. Fischer’s richly textured narrative reveals the crucial role of contingency in these events. We see how the campaign unfolded in a sequence of difficult choices by many actors, from generals to civilians, on both sides. The startling success of Washington and his compatriots not only saved the faltering American Revolution, but helped to give it new meaning.” 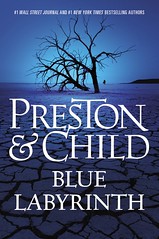 “’Blue Labyrinth,’ by Douglas Preston and Lincoln Child, continues the popular series of adventures of FBI agent Pendergast. In this novel, however, Pendergast is sidelined by a poisonous attack from a deadly unknown enemy, and his friends must risk their careers, their reputations, and their lives to save him. Vinnie, Constance, and Margot are in a race against the clock to find the antidote and are competing with someone else who is also searching. This book is a page-turner which also offers an in-depth character study of Pendergast’s associates.”

Also available as an eBook! 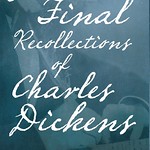 “England, 1870: His health failing, his most important work all but done, Charles Dickens is readying for the final bed. But there is one more story that he must tell. It’s the story of Dickens’ coming of age, caught between the worlds of England’s ruling elite and the seamy underside of London society. The novel captures a full range of Dickensian characters: Dickens; the hauntingly beautiful Amanda Wingate; Geoffrey Wingate, Amanda’s scheming financial-swindler husband; and Florence Spriggs, a mutilated prostitute whose once-lovely face has been carved into a mask of horror.” 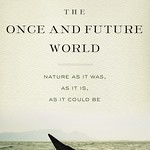 “The Once and Future World” by J.B. MacKinnon
Environmental Ethics

“It is a sharp little 215-pager, an environmental outline about the way the world changes when we aren’t looking, and how one generation accepts the changes in the world that appalled the preceding generation. ‘We’re diminishing our world and need to remake it’ is the message, and quite right, too!”

“Gavin Guile is the Prism, the most powerful man in the world. He is high priest and emperor, a man whose power, wit, and charm are all that preserves a tenuous peace. But Prisms never last, and Guile knows exactly how long he has left to live: five years to achieve five impossible goals. But when Guile discovers he has a son, born in a far kingdom after the war that put him in power, he must decide how much he’s willing to pay to protect a secret that could tear his world apart.”

We also have a movie recommendation this month: 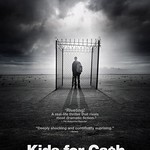 “Kids for Cash” directed by Robert May
Documentary

“If you haven’t seen the movie, now is your chance to view the eye-opening DVD. You will hear from some of the kids who were incarcerated for doing minor things in school that frankly happened in my school over 40 years ago and were handled by the administration. In the wake of the shootings at Columbine High School, schools understandably had a zero tolerance policy. The length of time these kids had to serve in a juvenile facility blew my mind. I still can’t believe that the movie is about my community.” 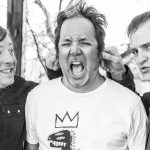