Last week, I was in a meeting and we were talking about record companies and their contracts, and someone brought up the documentary “Artifact.” It follows the band 30 Seconds to Mars as they get sued by their record label, EMI. I’ve heard about it before and knew what it was about, but I never actually watched it. Although there’s a little too much of Jared Leto staring deeply and emotionally in the camera for me, it’s still a good example of a bad contract – and the situation that a band can get into with one of them.

30 Seconds to Mars signed a five-album exclusive recording agreement with Virgin Records. After their third album, the band’s management and the label started discussions to renegotiate their contract. 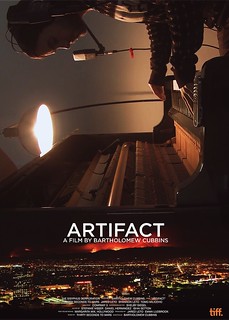 At the same time, Virgin Records’ parent company, EMI, was bought out by an investment firm, went through restructuring and fired pretty much everyone, and the contract negotiations stopped. The new management had adopted a firm “my way or the highway” attitude.

EMI stated that they were actually owed $1.4 million and the band needed to record their fourth album to start paying off that debt. Keep in mind that the band hadn’t been paid a penny from album sales up to that point.

The band decided that they wouldn’t record a new album for EMI/Virgin Records. The label sued them for $30 million.

How could a band sell over two million records between three albums and still owe their label money? A bad contract, that’s how.

Let’s start with the royalty. This is where an artist or band actually gets part of revenue from a sale. For a new artist, it’s usually around 12 percent – 15 percent of each record sold. Yes, you read that correctly; it sucks.

OK, so they just made some money right!? Well maybe, maybe not. There’s still a number of things that the record company will withhold money for. Some of the common “provisions” you’ll find in a contract:

They’re exactly that, an advance. Usually the label will advance the band some money to live on so they can record the album. Typical advances are around $100,000. The artist has to pay that back. Not from the total revenue, but from the artist’s royalty payout. So subtract that from our example payout of $120,000 and the band is down to only $20,000.

This one started out legitimate, but has moved into the shady column. This was a provision introduced when records were made of shellac in the ‘40s and ‘50s. Shellac is a very brittle substance, and some of them would break during shipping, so the record companies could count on 10-15 percent breaking.

The breakage deduction basically says that the record company doesn’t have to pay you for broken records. Back in that time, this was a legitimate concern, but the breakage deduction can still be found in many contracts today. It was in the contract for 30 Seconds to Mars.

Now you’re already in the hole. Need I say more?

These are only two of the provisions that you’ll see in contracts today. Let us not forget about packaging costs (yep, the label charges the artist for this), free goods (promotional copies), and reserves.

Oh, and that’s per album. At the end of the day, 30 Seconds to Mars signed a terrible contract filled with deductions and provisions.

This, my friends, is why it’s so important to have a good team of people when it comes time to sign a major record deal. If you or your band are put in this position, make sure that you hire a good entertainment lawyer. If you’re really serious about making a living from your music, you’ll find the money to pay for some decent legal counsel.

In the end, after a drawn-out lawsuit, EMI gave in to the requests of 30 Seconds to Mars, and Jared Leto continues to stare deeply into camera lenses everywhere.

Learn more about how the money flows in the music industry at the Future of Music Coalition’s website.